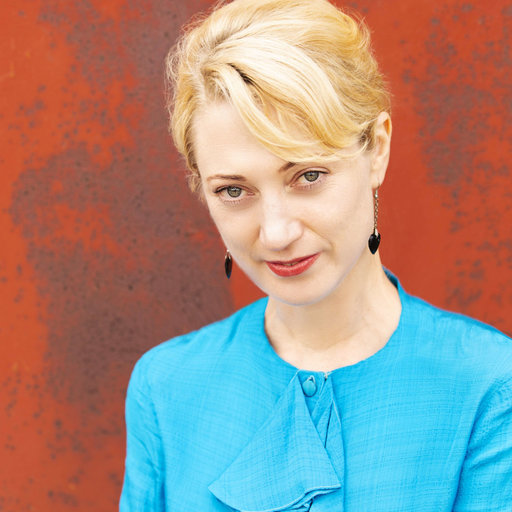 The Trespassers, Meg Mundell’s first foray into crime fiction, is presciently set during a global pandemic, and tracks the deprivations and fears of passengers sailing from London to Melbourne as new infections break out on board. It won Sisters in Crime’s 20th Davitt Award (Best Crime Novel).

Meg talked to Janice Simpson about how this all came to pass.

I know you couldn’t have predicted that an actual pandemic would strike just after your novel was released. Terms that are now very familiar such as epidemiology, social distancing and masking are now in our lexicon but they weren’t when you were writing. Apart from keeping abreast of what experts predict, what drew you to set a novel on a ship with characters who are escaping from the worst of a pandemic but at the same time are seen as pariahs?

History gave me the raw material. Current events provided the nightmare fuel. Putting them together gave me the ingredients to build this plausible near-future world. My aim was to create a world that’s close to our current-day reality – close enough so you get that uncanny feeling, where the familiar blurs with the strange. But reality overtook fiction. Scientists had been warning for decades that a global pandemic was coming, but watching Covid-19 unfold just months after the novel came out was surreal.

The Steadfast is based on two real-life ships: the Ticonderoga, a migrant ship that made a disastrous journey from Britain to Australia in the mid-1800s, and the MV Tampa, the Norwegian freighter that sparked the creation of the so-called “Pacific solution”. When you compare the stories of those two ships and the people who were onboard, it raises a lot of interesting questions.

A ship also makes a great setting for a murder. It’s a ready-made crucible scenario – the danger, that sense of confinement and tension, where small things are amplified. And with everyone at the mercy of the ocean, which is so beautiful, but also mysterious and terrifying.

A boy. Murder. His mum who becomes ill. Dangerous people. A ship anchored within sight of salvation, practically speaking, but unable to travel to that perceived safety. What was the hardest scene or scenes to write?

Near the end of the book there’s a scene that has shocked some readers – an encounter between Billie, my female protagonist, and the official who’s essentially become her jailer. Writing that scene gave me a chill. I did not see it coming. It just appeared on the page.

In another scene the young boy, Cleary, has to climb high into the rigging to escape from someone. Writing that, I had to be deep inside Cleary’s head, to feel what he’s feeling. He’s so vulnerable, he’s in real danger and he’s terrified. His fear became my fear. I had a nightmare after writing that scene.

Neither of those scenes was exactly difficult to write, but they did affect me emotionally. And I feel guilty for making my characters suffer. To me, they are real people. Why am I so cruel to them? 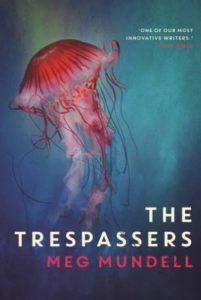 Meticulous research in the novel, Meg. I understand a quarantine station was a place that got you thinking about what happens when pandemics and refugees intersect. How long and what type of research did you conduct before writing this novel?

I love doing research, and for this book it was an ongoing process over years. Visiting the Point Nepean Quarantine Station (down on the Mornington Peninsula) kick-started the story – it’s such a beautiful spot, yet its origins were so traumatic. I also drew on my own experiences as a crew member sailing a yacht from New Zealand to Australia in my twenties. Turns out I get horribly seasick, so that was the end of my sailing career! But being out in the open sea was invaluable research. Even the seasickness was useful.

I also researched acquired deafness, singing techniques, antiviral medications, ocean pollution, maritime superstitions, Scottish slang, refugee policy, the future of work, the psychology of contamination, critical care nursing, delirium, offshore banking, sea monsters, grief, the privatisation of prisons, the smell of Glasgow’s streets, how long a body takes to rot in salt water, and how to murder someone with a blunt instrument.

What did you edit out of this book?

A lot! Originally, the novel had a completely different second half. I came to the painful realisation that the story just didn’t work as it was. So I had to throw away 35,000 words and totally rewrite the entire second half of the book.

Did you hide any secrets in your novel that perhaps only a few readers will find?

Yes, there are a few little clues, secrets and obscure links sprinkled through The Trespassers. Years ago, a Spanish writer translated one of my short stories, which had the English title ‘Nightshade’. That story’s Spanish title pops up in the novel, painted on the hull of a Spanish fishing vessel: Sombra Nocturna. When the translator read the book, he messaged me to say he’d got a kick out of finding that reference.

Who are you writer friends, and how do they help you become a better writer?

I won’t list my writer buddies here… I might miss someone out! The main thing that comes to mind is community. My writer friends cheer each other on, celebrate each other’s achievements, and offer consolation when disappointment strikes. They understand the weird thrill of making black marks on a white page, and the level of lunacy and dogged effort it takes to write a book. They know it’s not a sensible career choice, but it’s one they fully endorse. That validation counts for a lot.

What are you currently working on?

A non-fiction book exploring the psychology of attitudes to homelessness, and creative ways to bust the myths and stigma that surround it. As a society, we’ve got some facing up to do.