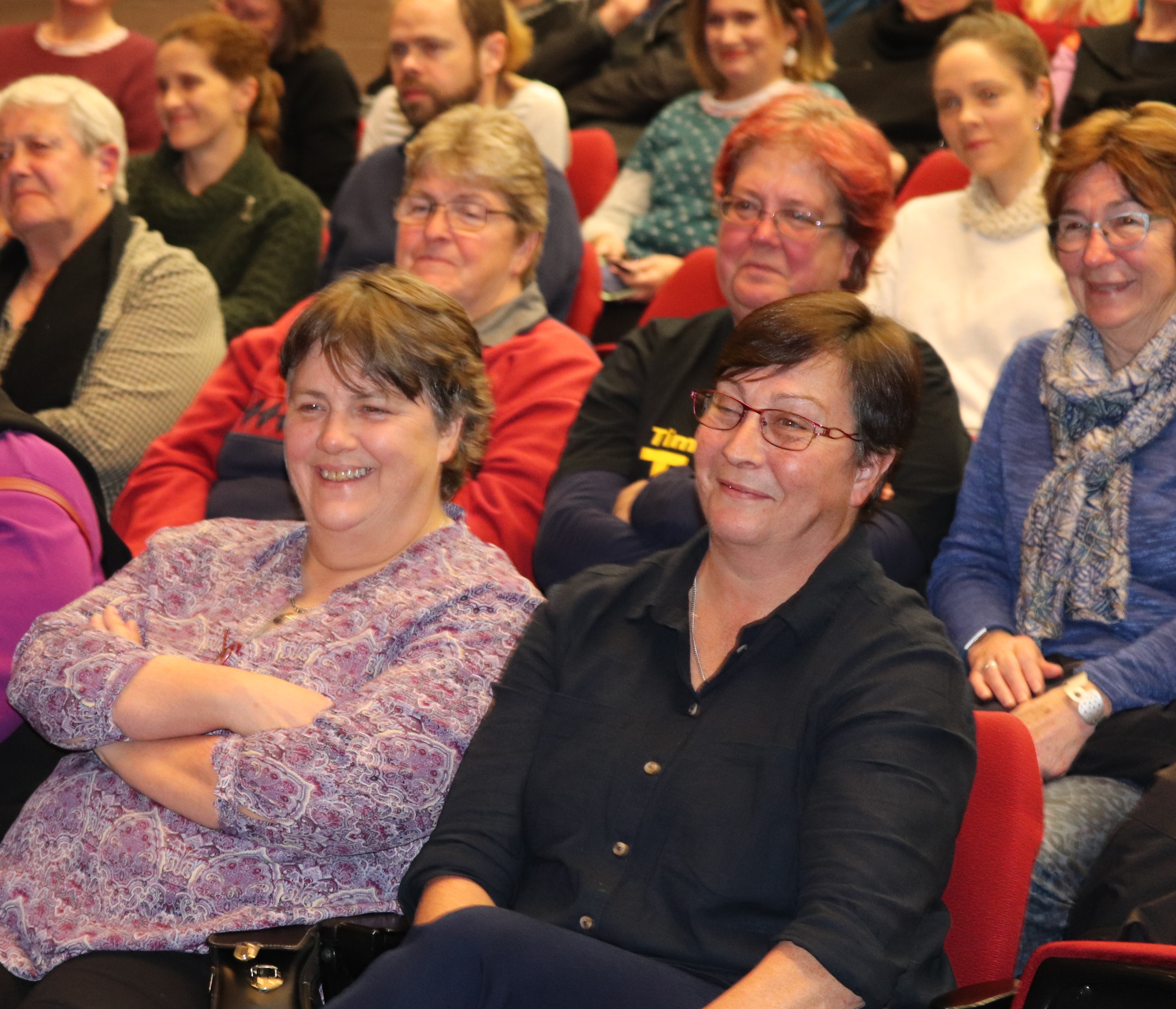 Sisters in Crime held its Annual General Meeting on 19 October in Melbourne following an informative and hugely entertaining panel on the challenges of taking crime books to the screen. 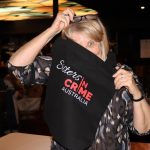 In a meeting with lasted 17 minutes (brevity is always the mission), members elected a new committee for the next year. Eight existing committee members were re-elected: Caz Brown, Lindy Cameron President), Lesley Gillis (Treasurer), Moraig Kisler, Pauline Meaney (left with new tote bag), Tara Mitchell (below with the other side of the new tote bag), Carmel Shute (Secretary) and Robyn Walton (Vice-President). 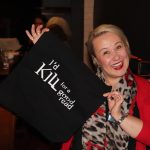 Three new convenors were elected: Dr Kelly Gardiner, Sara Hood and Karina Kilmore-Barrymore. Maryann Webb did not stand again. Sisters in Crime has pledged to launch her debut novel, hopefully out next year. 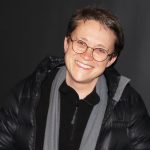 Kelly writes historical fiction for readers of all ages. Her latest book is Brimstone, the first in a time slip trilogy for young readers, The Firewatcher Chronicles. Her previous novel is 1917, a novel for young readers as part of Scholastic’s ‘Australia’s Great War’ series. She teaches English at La Trobe University and was a judge for the 2019 Davitt Awards. 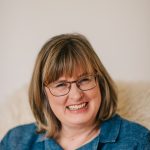 Sara has her own consultancy where she run associations for the wider music industry. She organise events such as conferences and the Record Store Day – the annual celebration of indie record stores). She also handles the associations’ social media and digital marketing. She has been struggling to write for about a decade and thought romance writing was her thing. But she has concluded that crime is where her heart is. She is currently plotting her first novel in what she hopes will be a crime series. 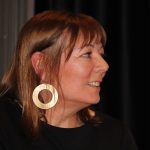 Karina Kilmore-Barrymore is the former book editor for the Herald Sun and still reviews for Weekend, its Saturday supplement. After 30 years as a daily business journalist grilling company directors, exposing financial scams and uncovering crimes against consumers, Karina is now turning her hand to crime fiction. Her debut crime novel, Where the Truth Lies, is due out in March next year with Simon & Schuster. Karina has also authored three non-fiction books.

Secretary Carmel Shute reported that it had been another big year for Sisters in Crime:

“I’ve just done a count. Over the past 12 months, there have been 17 Sisters in Crime events in Victoria involving authors, 40 author events we’ve promoted nationally and 23 ‘affiliated events’ where Sisters in Crime members have spoken at festivals such as Sydney’s BAD crime festival (very good apparently), the Williamstown Literary Festival, the Melbourne Rare Book Week, the Phillip Island Story Telling Festival and the recent Mornington Peninsula & Frankston Writers and Book Festival. And that’s not counting the Queensland Chapter’s monthly members’ events.

“Here in Victoria, we’ve been on a mission to run events in places other than South Melbourne or the city so we’ve been teaming up with libraries in places like Preston, Bacchus Marsh and Ringwood. We’ve also been working closely with Sisters in Crime member, LJ Owen, who is organising Tasmania’s first crime convention, Terror Australis Readers and Writers Festival (31 October- Tuesday 6 November). Grab a bookmark or program for details. Not too late to go! There is a large number of Sisters in Crime authors speaking. Marta Dusseldorp is also now participating – at her request!

“I’m delighted to announce that moves are afoot to start chapters in Adelaide (first gathering on 8 November) and finally, Sydney…”