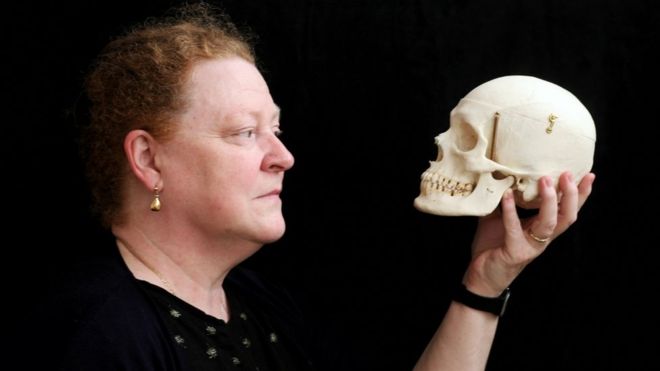 Sisters in Crime member, Dr Philomena Horsley, who specialises in medical autopsies, caught up with Professor Dame Sue Black at the recent Bath University conference on death, dying and disposal. Black is the model for River Wilde, the Dundee forensic anthropologist featured in Val McDermid’s Karen Pirie cold case series. Her book All That Remains: A Life in Death (Penguin Books Australia) was Saltire Book of the Year.

Professor Dame Sue Black is a celebrated Scottish forensic anthropologist, anatomist and academic. Her latest book, All That Remains: A Life in Death, follows nearly a dozen of her more technical books on topics such as the juvenile skeleton, disaster victim identification, and criminal dismemberment. It’s the story of her life’s work which is based in what she calls the “beauty and logic of anatomy”. Black discovered forensic anthropology some years into her university studies. She succinctly describes the discipline as “the identification of the human, or what remains of the human, for medico-legal purposes”.

Not all her work is to do with the dead. She has an esteemed reputation for her work with the anatomy of the living. Black created a ground breaking system that identifies unique vein patterns, skin folds and blemishes in the hands and forearms of child abusers from photographs and video images. In 83 per cent of the cases that have used her system the abuser has confessed to the crime. To date, it has been used to secure 28 life sentences against child abusers in the UK. 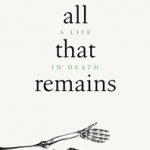 All that Remains delivers case studies, personal history and meditations on the many faces of death with insight, compassion and wit. It includes the story of Black’s victim identification role at a Kosovo massacre site in 1999. She led a forensic team tasked with re-creating the identities of the decayed remains of 40 men and boys who had been machine-gunned then set alight by Serbians in an outhouse.

Val McDermid drew on many conversations with Black, her good friend, in the writing of book 3 of her Karen Pirie series, The Skeleton Road (2014), which features the character of forensic anthropologist, River Wilde, and the legacy of the Balkans war. Work on the victims of the London bombings was similarly challenging for Black. She soberly observes that, while there were 50 victims, there were 1500 body parts that required re-assembling for families.

Apart from her extraordinary academic career, Black is a gifted and passionate educator. This was confirmed for me recently when I watched her deliver a keynote address at a conference on death and dying in Bath recently. She held the rapt attention of the audience, alternatively beguiling us with the absurdities of the ways we humans like to customise our bodies (a split tongue joined by zipper anyone?), before stepping us through examples of worst we humans do to each other. Her passionate commitment to such affronting work is why she describes herself as a ‘dirty scientist’ and not an ivory tower academic. Indeed, her commitment to education will continue after her death: she’d like her skeleton to hang in the university after death so she can continue to teach the living. 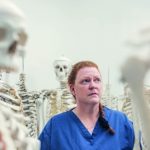 In her talk, Black was delightfully scathing of the universities who are shamelessly exploiting the public’s intense fascination with the ‘forensic’. At last count, she had discovered 230 academic courses which had the word ‘forensic’ in them. Her favourites were “Forensic investigation and early Christian doctrine”, and “Forensic investigation and interpretive dance”! She also lampooned popular television dramas such as CSI and Bones as possibly the most ridiculous and false examples of the forensic science field. “Please stop watching them, they will rot your brain!”, she admonishes us. Yes, our time would certainly be better spent reading this engrossing book.