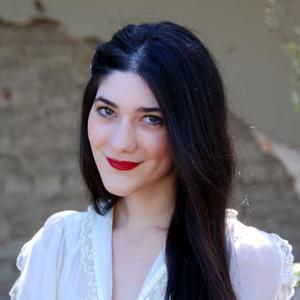 Hi Laura. You give your readers a fictionalized account of the rise and fall of the Peoples Temple cult, which ended with the mass suicide/killing of more than 900 members at Jonestown in Guyana in 1978. How has your novel been received here in Australia, and have you had much response from Americans yet?

The Jonestown/ Peoples Temple story isn’t as well known here as in America, but the majority of people have at least heard of it. I’ve found that some of the best responses to Beautiful Revolutionary have been from people who know less about Peoples Temple, or ‘cults’ in general, as these readers tend to come in with more of an open mind and a willingness to see my characters as characters, first and foremost.

Some of the less positive reviews (in particular, a review from The Lifted Brow) have criticised Beautiful Revolutionary for not adequately explaining why someone with other options would join a cult, or for not adequately portraying Jim Jones’ ‘charisma’. Neither of these things are really the focus of my novel – I was much more interested in capturing a certain time and place, the feelings of people who were young at that time, and their ambiguous capabilities. I always say that if readers want explicit explanations about why Jonestown happened, they should read a nonfiction book. If they want to feel like they’re there, they should read my novel.

Beautiful Revolutionary isn’t officially out in America until May, but I’ve had some positive feedback trickle through, including from Jonestown survivors. One told me that reading my book felt like being back there and that she felt I was “channelling” the story rather than simply telling it. This is probably the best compliment I’ve received about the book, so far. 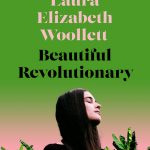 The Jonestown victims ingested a fatal mix of potassium cyanide, tranquillisers, and fruit punch. How do you feel about the popular US quip that someone has “drunk the Kool-Aid”, meaning they’re showing reckless devotion to a leader or cause?

It’s a phrase that a lot of Jonestown survivors find offensive, and for good reason. There were many reasons why people drank the potassium cyanide mixture that day – reasons that had less to do with reckless devotion or blind obedience than with desperation, a sense of persecution, and a feeling that their lives no longer had value.

This devaluing of the victims’ lives didn’t necessarily begin with Jim Jones and Jonestown; a majority of the victims were from minority groups and/or disadvantaged backgrounds and had joined Peoples Temple because it seemed to be offering them something better than mainstream American society was at that time. It’s also worth noting that a large proportion of the victims were children or elderly people, and thus less able to put up a fight. This phrase essentially reduces a tragedy to a quip about not being a follower, and it makes a mockery of the victims.

One of your characters asserts: “The purpose of great art, like Guernica, like The Scream, [is] to alert one to human suffering, human madness.”  Did that kind of thinking play any part in your decision to tell this story?

It’s a tragic story, and an account of the consequences of paranoia, but it’s also a history of multiple crimes. Could you outline some of the crimes perpetrated by the movement’s leaders and followers?

Aside from the most well-known crime of Peoples Temples’ leadership (the Jonestown massacre), the Temple left a trail of smaller crimes. Sexual abuse of male and female members by Jones was a common practice. Financial crimes also abounded, with followers being coerced into giving all their assets to the Temple, and cash being smuggled out of the US and into offshore bank accounts. To obtain information for his faked healings and predictions, Jones would also have his staff spy on new visitors, rifle through their garbage, or even enter their homes by deceptive means. In the later years, corporal punishment of members (including children) for small offences became increasingly severe.

You choose to tell the Peoples Temple story by way of a cluster of intimate human relationships spanning the decade 1968-78. Does this build on the approach you took in your collection of short pieces, The Love of a Bad Man?

It’s a very different approach, for me. One reviewer of The Love of a Bad Man compared the stories to a series of masks that I was putting on – each story the mask of a different woman who had loved a bad man. Though Beautiful Revolutionary engages with some similar themes, it’s structurally very much a classic third-person limited novel, dipping in and out of different perspectives to tell an overarching story. This made the writing experience much more immersive, for me; I couldn’t just throw each mask aside when I was done with it, since all the characters’ lives were interwoven.

I think I’m a novelist at heart, and I fell in love with third-person writing while working on this book – but it was my first time doing anything major in this form, so there was a lot to learn.

Your story gets underway when your main character, Evelyn, visits a tent church in a Californian valley. Although she’s intelligent and has “a certain cold spark in her eyes”, she’s attracted to the preacher/faith-healer (Jim Jones). What is it in her psychology and background that’s operative here?

Evelyn’s attraction to Jim Jones and Peoples Temple is multi-layered. She’s the daughter of a progressive Methodist minister and has an ambivalence toward church; although she doesn’t believe in God, she enjoys the sense of structure and organised “good-doing” that church can offer. At the same time, she’s a young woman who wants to forge an identity for herself outside the family and, in some ways, rebel.

The theatrical faith-healing elements of Peoples Temple, and Jones’ “charismatic preacher” personality are things that she knows her family would be critical of – and that she by rights should be critical of too. Part of the draw of Peoples Temple is that it allows Evelyn to transcend her identity as an intellectual do-gooder and become a true believer, a vessel for the Cause.

Jones induces Evelyn to end her marriage and become his mistress. Rosaline, Jones’ wife and the mother of his children, puts up with this, thinking: “It’s his genius and his cruelty, that he doesn’t follow other men’s rules; makes up his own rules. … there’s no way to condemn the gesture without condemning other things  ̶  his inclusiveness, his generosity, his honesty.” Any comments?

The way we look at ‘great men’ leaves a lot of room for bad behaviour. Often casual cruelty and insensitivity are viewed as side-effects of genius, and the price that ‘ordinary’  people must pay for proximity to greatness. It has often been said that, had the Jonestown massacre never happened, and had Jim Jones died in the mid-1970s or so, he would have gone down in history as a great man, rather than an evil man. It’s a scary thought, how fine that line can be, and how much bad behaviour we’re willing to overlook in the name of greatness.

Jones arranges a second marriage for Lenny, Evelyn’s ex. Although pliable and not very smart, Lenny remains a significant character through to the end. Could you tell us a bit about him?

Lenny is Evelyn’s college sweetheart – a pot-smoking pacifist from a wealthy intellectual family. Growing up, his father places a lot of emphasis on academic achievement and pressures him to study constantly; in college, Lenny paradoxically breaks away from all that, and overcompensates by becoming a massive underachiever, a drifter. He also falls for Evelyn. Throughout the novel, he associates Evelyn with the time in his life when he was freest and happiest; a brief but idyllic period between the tyranny of his father and the tyranny of Jim Jones. It’s a time he always seems to want to get back to, and seems to believe he can, right until the end.

Intermittently we hear about Evelyn’s earlier engagement to a French man. Why does that relationship matter to the story?

Jean-Claude is Evelyn’s first love, and the first man to take her out of herself and truly make her feel something. Ultimately, though, he disappoints her with his “fundamental indifference”, as she calls it. The disappointment is a wound that never quite heals, and it contributes to her general cynicism about people. Jim Jones is able to take Evelyn out of herself in a similar way, while also offering the reassurance that he will never be indifferent. For Evelyn, that’s an irresistible combination. Jim Jones probably wouldn’t have appealed to Evelyn if there wasn’t a Jean-Claude first.

Jones has some gay sexual encounters, and same-sex attraction is evident within the Peoples Temple population, even though accusations of homosexuality are used to shame members at denunciation sessions. Can you say a little about the LGBTQI aspect of the movement?

Peoples Temple was a supposedly egalitarian community, which was open to all minority groups and had a number of LGBTQI members. At the same time, Jim Jones positioned himself as the ultimate male sex symbol, often saying that he was “the only true heterosexual” alive. Heterosexual male members were frequently accused of being latent homosexuals.  They were accused of subconsciously desiring sex with other men – namely, Jones himself. Jones’ sexual advances toward his male followers were presented as an act of self-sacrifice, for the sake of these men’s enlightenment. Really, it was another form of control, and a way for Jones to act on his same-sex attraction without living openly as a bisexual.

In your Author’s Note you tell us more than two-thirds of the 900+ who died in the Jonestown massacre were African-American, and African-American girls and women made up the largest component of the cult’s membership. Your Jones character “doesn’t touch black girls”; nor does he elevate any African-Americans to his leadership circle. I guess a lot more remains to be said about this aspect of the actual Peoples Temple?

The leadership structure of Peoples Temple was incredibly flawed, with race and sex playing a key factor in the advancement of some members over others. This was obviously in contradiction to the Temple’s socialist message. An article I wrote for Bitch discusses some of these contradictions in more depth:  https://www.bitchmedia.org/article/white-night/40-years-after-jonestown-well-intentioned-white-women-are-still-menace

Evelyn rises to become not only Jones’ consort but the effective leader of day-to-day operations. Any comments on her achievements and life choices?

Evelyn is a highly ambitious woman and achieves a lot within Peoples Temple. I like to think she could have achieved a lot outside Peoples Temple as well, although the 1960s and 70s didn’t offer women as many opportunities for professional advancement as today. As feminists, we’re inclined to root for any woman who advances within an organisation and obtains a position of power. This makes sense, since women in power are comparatively rare. But it does mean we don’t often get to see female characters who are corrupted by power, or who wield their power in amoral – even malevolent – ways. This aspect of Evelyn was truly fascinating to me.

Thanks so much, Laura.