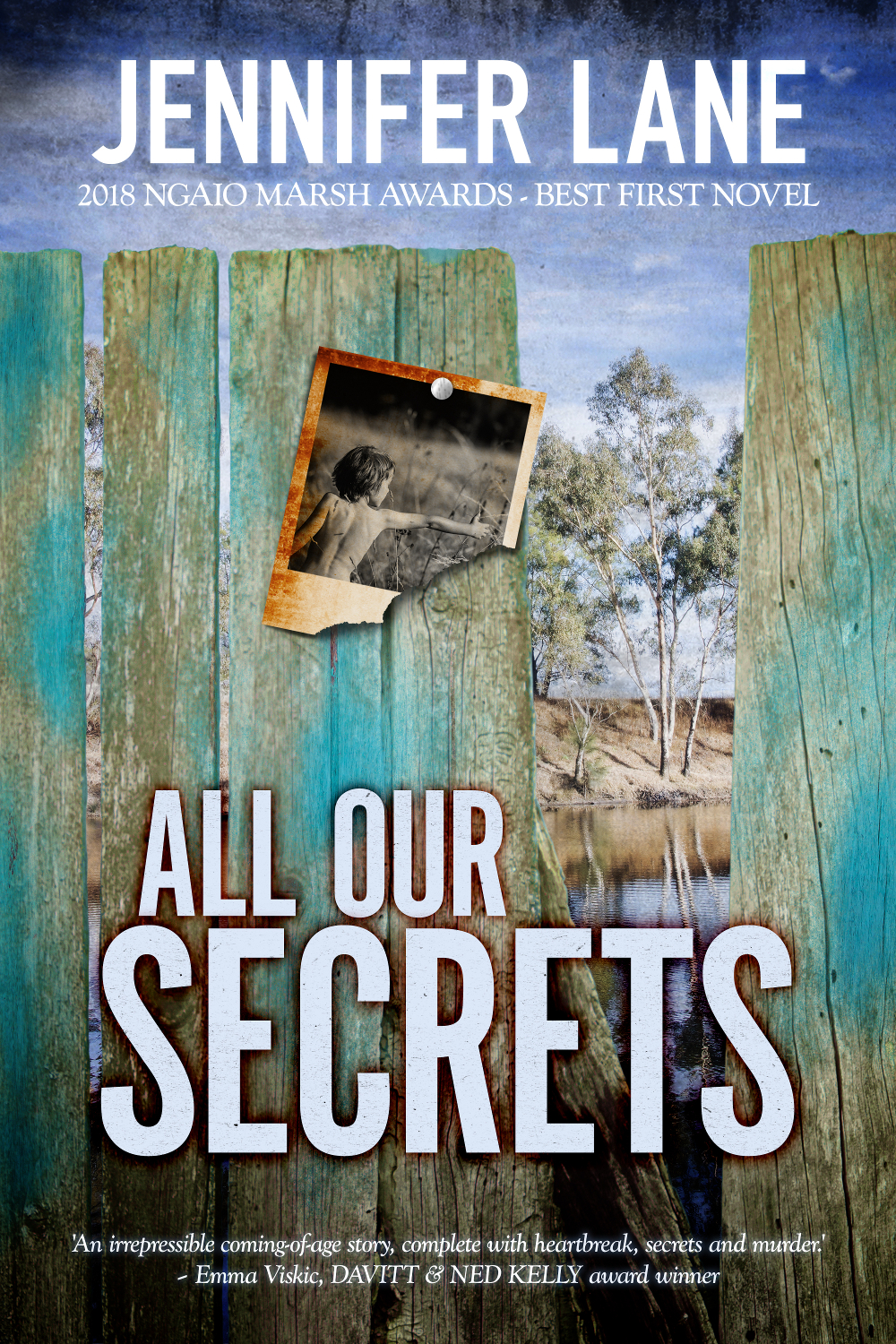 A town called Coongahoola – on the dark foreboding Bagooli River.

Every small town has its secrets: good, bad, funny, sad – and sometimes terrifying.

They’re mythologised and whispered-about by town gossips and other grown-ups until something happens to snap the past into focus.

And something always happens.

Things get weird in Coongahoola when ‘a sighting’ of the Virgin Mary attracts hundreds of ‘Believers’, who set up camp on the river bank and try to win local souls.

Things get scary in Coongahoola when the River Children – born nine months after the town’s infamous River Picnic – are targeted by a vicious killer.

Gracie Barrett, the savvy storyteller for her chaotic family – promiscuous dad, angry mum, twins Lucky and Grub, Elijah ‘the River Child’, and prayerful Grandma Bett – believes there’s a connection between the weird and the scary.

She is the voice for the kids who are taken, and for the lurking fear that locks down the New South Wales town and puts everyone under suspicion.

Funny, kind, bullied and anguished, Gracie’s young life spirals out of control when she discovers what no one else knows: the identity of the killer.

Coongahoola is where hope and fear collide, where tender adolescence is confronted by death, where kindness is a glimmer of light in the dark.

I understand this to be a debut novel by an Australian author now resident in New Zealand.

It was originally published by Rosa Mira Books New Zealand  in 2017 and awarded 2018 Ngaio March Award for Best First Novel.

This little gem beautifully captures life in an Australian small country town from the perspective of a young teen – perhaps there was an element of  nostalgia at play with the  author?

It is a little difficult to place this book – I expect most of the readership will be from the young adult market though is does have appeal for adults as well so do not discount.

It is told from the perspective of 12-year-old Gracie and the voice is pitch perfect and sustained throughout. Gracie is an endearing character – forced to be too wise for her age due to her dysfunctional and chaotic family life.

This town – amusingly named Coongahoola on the River Bagooli – is a town with a cast of larger than life characters – including the Purple People Eater who controls the Express Lane at Woolies and as it is placed in the 80s there is still the town telephonist  who also operates as the town gossip. The local Lothario is Gracie’s dad, and the school principal –  aka The Butcher – her grandfather.

The town also has dark secrets – the darkest being a night 5 years earlier when something scandalous and not talked about except in hushed tones occurred. The aftermath of this picnic at the river was a flood of children born nine months later – most not looking like their fathers!

Added complications are the arrival of a strange sect following the miraculous appearance of the Virgin Mary, then Gracie’s dad takes off and …and then certain children start mysteriously disappearing.  Added to this there is a fire which destroys the sects camp and the whole town is of edge

This book has a lovely tone, great characters and is quirky, charming and engaging and will delight.

Last year All Our Secrets deservedly won the Ngaio Marsh First Novel Award in New Zealand and has been published in Australia by Clan Destine Press. Jennifer Lane, who lives in Wellington, is an Aussie by birth and set All Our Secrets in the fictional NSW rural town of Coongahoola. This terrific debut novel is narrated by eleven-year-old Gracie who introduces us to the townspeople of Coongahoola and her dysfunctional family.

In 1984 the town held a picnic on the banks of a Bagooli River. The infamous celebration became known as the River Picnic. Gracie says of picnic, ‘The adults spoke about it in whispers and only when they thought the kids were out of earshot. All I knew for sure, apart from the fact that Stu Bailey’s wife drowned that night, in the Bagooli River, was that four times more babies than usual were born the following October and not all of them looked like their dads.’

At five, Elijah, Gracie’s little brother, while speeding on his tricycle runs over and kills the neighbours’ kitten. With his piercing eyes, many townsfolk see Elijah as a reincarnation of Damien from the Omen and their beliefs that The River Children are cursed and ‘might have evil tendencies’ are reinforced.

When River Children start disappearing, the chaos in town is mirrored in Gracie’s family life. The overly religious Grandma Bett is an embarrassment; battlers Mum and Dad have recently parted. Dad is living with a local woman and Mum’s in the grips of the charismatic Saint Bede, leader of a mysterious cult ‘The Believers’. Gracie wants her family life to return to normal and she’s terrified something will happen to her River Child brother.

There’s plenty of twists in the gripping plot. What struck me most as particularly enjoyable was Gracie’s voice and her observations of the claustrophobic life in Coongahoola. Through Gracie’s razor-sharp eyes were are introduced to a rural town with its often quirky inhabitants who jump off the page. Lane has created a credible and interesting setting people with multi-faceted and believable characters. I enjoyed the book immensely and found myself thinking about the characters long after I finished reading. I would recommend All Our Secrets to teens as well as adults.