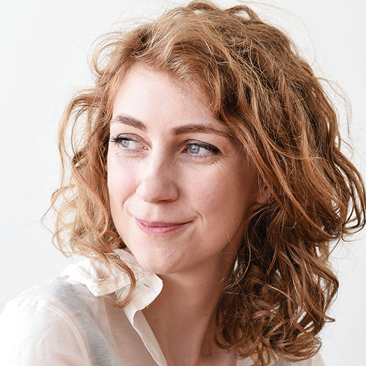 Hi, Anna. You sold the film rights to your first novel, Only Daughter. How’s that all going?

Great! I’ve just gotten back from LA, where I was catching up with everything that has been going on with the adaptation. It’s been fantastic to talk to everyone in the flesh again and see how it’s coming along. Making a film is a huge process and you never really know what’s around the corner, but it’s looking positive.

You seem to have a knack for devising a ‘big-picture’ scenario at the outset – by contrast with those authors who aren’t sure where their characters and storylines are headed. Was this the case for your third novel, The Spite Game?

I usually have the end in mind before I start. This one was a little different, I started off not knowing exactly what would happen right at the end. Once I was firmly in the characters head, about a quarter of the way through, the final sentence came to me. I wrote it in big block letters in my notebook and then worked towards it.

You’ve set this novel partly in Melbourne and partly in a half-built housing estate on the city’s outskirts, beyond Greensborough. Do different environments fit with different types of edgy behaviour?

Locations are like characters to me. It’s often the place I start when beginning a new story. The half-built housing estate is a reflection of Ava’s headspace in the book. I try and investigate what it means to live in different spaces, and how it becomes part of our identity. 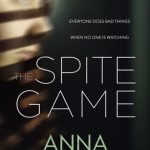 I think that’s probably a good label. Although I think the novel definitely fits in the crime category too, just not in the most conventional way. I like to think of it as a why-done-it, since it’s from the point of view of someone who we know right from the beginning has committed a terrible crime. I was really inspired by Donna Tart’s The Secret History, which has this same element. I also read a lot of books that are framed around confessions. Favourites were Stephen King’s Dolores Claiborne and Vladimir Nabakov’s Lolita.

In the last couple of years there have been a few novels and movies reworking old revenge-and-harm strategies such as gaslighting. There is even a movie called Grudge. Did you have a sense of working in this sub-genre?

I was more interested in old Western films about revenge. I am often inspired by classic cinema when I’m writing. In her mind Ava is on a quest to right wrongs and find justice. In her mind, she is a hero.

I also always look to Noir films for inspiration, and Gaslight is one of my favourites! It’s even mentioned in the book.

Your novel has some Australian Gothic touches: for instance, the abandoned shopping square in the countryside. There are also plot components we might associate with creepy horror: e.g. stalking, waiting in the dark and being a “Peeping Tom”. Your comments?

I love dipping my toes in different genres. There are definitely horror and gothic elements to it. They were really fun to pull out and explore. When I start a story, I always want to tell it in the best way possible, even if that doesn’t fit neatly inside a single genre.

“First, I want to tell you about …” Your protagonist, Ava, offers her “confession” colloquially. How easy was it to write her voice?

Is it terrible if I say very easy? Ava has a very warped view of the world and the people around her, as well as of herself. It was actually incredibly enjoyable to write from her angry and vulnerable perspective. She has a very specific voice that felt natural straight away.

When we first meet Ava, she’s a high-schooler who has two nerdy friends but is attracted to a group of three cool girls. Ava finds a way to be accepted by these rebels. And she can rationalise what she does as justice?

It’s always really interesting for me to see the reactions of people to what Ava does in order to be accepted by the group. Some people see it as completely justifiable.

They think that she did the right thing, although it was very foolish. Other people believe what she did was wrong. I love the way it divides readers’ reactions.

The price of connecting to this group is high. Ava is subjected to trials, gross pranks and bullying. Will some readers relate? YA readers especially?

I’ve had a lot of strong responses already, from readers of all ages. Most people who have reached out to me to let me know how much they relate are women who are in their thirties. Bullying happens at every age, and the memories of it don’t quickly fade.

After being called a psycho, Ava decides she must be a psychopath. And later, all the time she’s devising payback schemes, she feels different from others. You’re interested in that coexistence of good and bad impulses within the one person?

All of my work so far has been looking into the shadows and light that can exist in a single person. I’m not interested in writing about characters that are all one way or the other. They are definitely the characters I find the most interesting to read in others work!

When Ava plans revenge on each of her tormenters, where do her ideas come from?

Ava believes that everyone does terrible things when they think no one is watching. She just has to watch and wait.

One mission takes Ava to Paris. You saw narrative benefits in a change of location?

The Spite Game maps the big milestones that a lot of people experience between the ages of eighteen and thirty. Going to university, your first real job, your first trip overseas on your own, getting married. Instead of going through those things herself, Ava lives them vicariously. She watches each of her high school tormentors hitting those milestones. Going overseas was an important one. Although Ava goes to Paris to watch someone else, the experience she has there changes everything.

Thanks for your responses, Anna.

Read Moraig Kisler’s review of The Spite Game on the Sisters in  Crime website here.