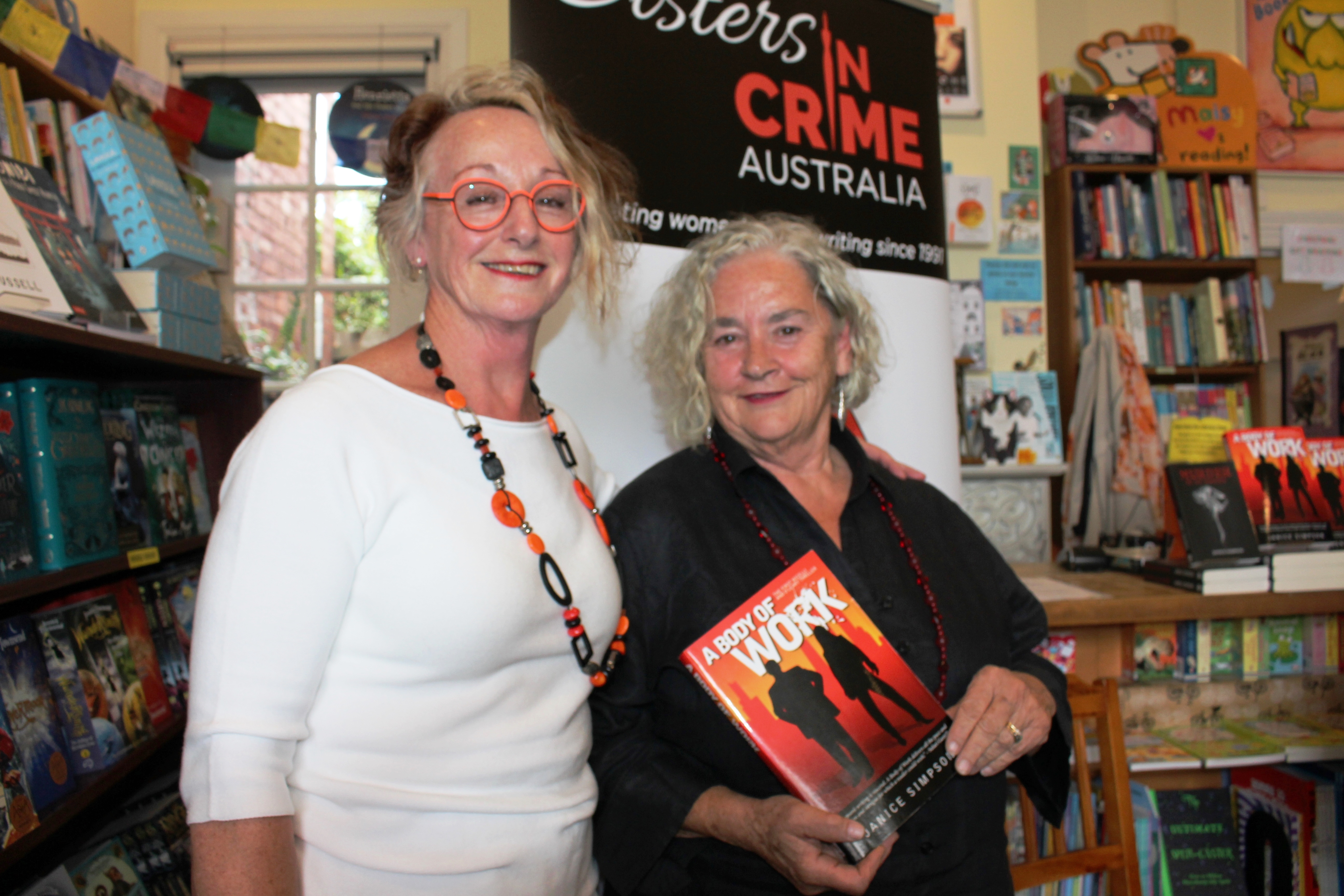 A Body of Work, my second crime novel, is a police procedural with social twists, although there is scant in-depth detail about police methods.

Rather, the novel focuses on the interactions of the people in the investigating team. Social themes explored include secret adoption as a way of dealing with an unwanted pregnancy; the personal distress that leads to substance abuse and what the consequences of that might be for families; and the inordinate power that is vested in people because of their social and political standing. The police procedural is a new genre for me. I’ve ready plenty of them – think Ian Rankin, Henning Mankell, and recently Australian Dervla McTiernan – and love the way the genre can ask questions and get into places the ordinary mortal cannot.

Added to that is our ambivalence towards the police, societally speaking. Being a 1970s’ uni student whose first politics essay was on the topic “He who is not a radical at 20 hasn’t a heart, and he who is still one at 40 hasn’t a head. Discuss”, I developed into an anti-authoritarian during the heady days of anti-Vietnam war and Springboks demonstrations, and loved to hate the ‘pigs’, as they were fondly called. I was pushed down an embankment once by a police horse, pretty frightening, which only served to cement my disdain.

However, when things go wrong, who am I going to call? Who are we going to call? The cops, of course. And we expect prompt, professional and reliable care once we place ourselves in their hands. My experiences of calling police for help have been very positive, the officers have behaved professionally and sensibly. It is these experiences that underpin how I have written the detectives who go about their jobs in A Body of Work. Ordinary people with ordinary lives, taking their work and team mates seriously, getting frustrated, grumpy and dejected when the going is tough, and exhilarated and satisfied when things go well.

Place rivals character in its importance for me as a writer. I love setting my books in real places, rather than the current predilection for imagined place, as place is a powerful attraction when I choose to read a book, a poem or a drama. When I first went to the UK I felt as if I knew its cities and countryside, because my reading as a kid, teenager and as a student was pretty much all set somewhere in the UK.

W B Yeats’s poetry drew me to Dublin, Jane Austen’s fiction to Bath, Coleridge’s and Wordsworth’s poetry to the Lake District, and Dylan Thomas’s writing to Wales. Later I explored Europe, often choosing places based on my reading, and the same thing occurred when I first went to the US. This year’s highlight was going to Newfoundland and its city St John’s where Annie Proulx set Shipping News, one of my all-time favourite reads. The movie is pretty good, too.

Social issues are never far away in my novel. My characters all have opinions, and they are not afraid to express them. For example, Sean Nguyen, one of the detectives on the investigating team, considers that a random killing is the stuff of crime fiction.

“If it’s really a perfect murder then no one’d even know there was a victim” (p. 30). And later, he states he’s glad to be finished school because he wasn’t any good at sport. Ange Micelli asks him to name the school, to which he replies, ‘Let’s say it was one of the “better” schools’ (p. 73). Bill de Havilland ruminates about the way children are being brought up today (pp. 25-26) after acknowledging that his son is wayward at best and probably even dangerous, warning yummy mummies who provide too much latitude that they too may be bringing up potential monsters. I deem it so much better to allow characters to express views, rather than risk having an author lecture readers about how they should think and feel.

I dashed off a first draft of A Body of Work more than seven years ago, then the arduous task of redrafting, receiving and responding to feedback from readers and working with the publisher began. And now I am knee-deep in media interviews, photo shoots and talks as the process of marketing begins, ever hopeful of good reviews, or indeed at least some reviews. Which brings me to state that I firmly believe writing’s a mug’s game. We writers sit on our backsides tapping away, dreaming of good fortune in sales, delighted when one of our readers says they love our work. Yet, when one thinks about the time spent per dollar earned, it is scary. Lucky I love doing it!