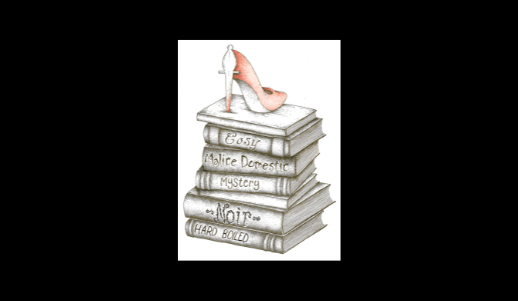 Sisters in Crime held its much delayed Annual General Meeting yesterday (30 May) by Zoom. Thanks to the pandemic, it has been a long year since its last AGM – 19 months, in fact – but financial members rallied to the call for a big turnout (a quorum of 10%) to pass the new rules to modernise the association. The new rules include the use of technology and are more relevant in regard to bank accounts and such things as cheques.

The rules also involve a new form of voting that is more inclusive. As there are more state (and territory) chapters, Sisters in Crime needs to be able to involve them and enable all members to be able to make an informed choice when voting. All voting in future will be done in advance online and the results announced at the AGM.

The meeting was attended by an impressive 57 members from across Australia with another 26 tendering proxies. Once members were told how they could change the names on their Zoom squares if they didn’t reflect their correct name (mine was City of Literature due to me booking the Zoom hookup), they took matters into their own hands. Soon, we had attendances from Sara Paretsky, Ruth Rendell, Ngaio Marsh, Miss Marple, Phryne Fisher, Agatha Christie, Ruth Rendell, Marcia Muller and even Raymond Chandler. Who knew we were so important??

To entice attendance, we asked multi-Davitt Award winner, Emma Viskic, to talk to with convenor Karina Kilmore about what being a member of Sisters in Crime has meant for her. Go HERE to view this fabulous 15 minute interview.

All of the monthly events in Melbourne plus some of the events from the new NSW Chapter went online. Last year’s Law Week event has attracted 511 views. It may not compare to audiences for cat videos but it’s pretty good, we reckon.

We created a new program, Murder Mondays, shortish one-on-one author interviews. With most launches, events and festivals cancelled, this provided a wonderful opportunity for authors to discuss their craft.

The lockdown also meant that we didn’t have to spend any money to ensure Val McDermid kept her promise to present our 20th Davitt Awards. Val presented the Davitts from Scotland after a talk about her life in crime with our ambassador, Sue Turnbull, in Wollongong. All the winners were able to participate thanks to miracle of Zoom – and reveal their trophies (a new style to mark the 20th anniversary) to the world. The event was tarted up with music, frames and other graphics, thanks to the wonderful work of Kathryn Lamont, then a student at Swinburne University of Technology, our major supporter. Thanks to (then) convenor Kelly Gardiner, we were able to watch together through a Watch Party on Facebook. See HERE.

We took a similar approach with the Scarlet Stiletto Awards which were presented by actor Nadine Garner after an amusing interrogation by author, entertainer and member, Jane Clifton. It was a huge undertaking logistically as it involved all 25 shortlisted authors but it worked and people from across Australia, New Zealand, the US, the UK, Canada, Germany, Italy, Indonesia and France could view it. See HERE.

Under the newly structured national committee, the Vice-President will convene a sub-committee of representatives of all states and territories with functioning chapters.

We have a lot to look forward over the next year – terrific events across Australia, the 21st Davitt Awards which have an amazing 127 books in contention, and the 28th Scarlet Stiletto Awards which offer a record amount of prize money – $11,910. After the award ceremony in November, we plan to throw a party to celebrate Sisters in Crime’s 30th anniversary.

I would like to pay tribute to convenors who did not stand again or who had resigned prior to the AGM.

Big thanks to publishers (especially Clan Destine Press), bookshops (especially the Sun Bookshop), award sponsors, partners like Swinburne University of Technology, Sir Zelman Cowen Centre (Victoria University), the Melbourne Athenaeum Library, the wonderful team at the Rising Sun where we host live events in Melbourne and the City of Literature which has hosted scores of our Zoom hook-ups, at no cost.

Big thanks to all of Sisters in Crime’s members for sticking with us over tough times.