Sisters in Crime Australia is joining forces with its long-time supporter, the Melbourne Athenaeum Library, to launch its 28th Scarlet Stiletto Awards for best short crime and mystery stories by Australian women. A record $11,910 is up for grabs this year.

The Melbourne Athenaeum Library has sponsored the ‘Body in the Library’ Award since 2012, offering a $1250 prize to the winner and $750 to the runner-up. This partnership has seen the number of entries grow each year, clearly a prize worth killing for.

The launch, will was originally scheduled for 4 June, has fallen victim to the latest Covid lockdown, and will now take place at 5.30 for 6.00pm, Friday 9 July – Melbourne Athenaeum Library, Level 1, 188 Collins Street, Melbourne.

Blanche Clark, winner of the 2019 Scarlet Stiletto Award, and also the ‘Body in the Library’ Award, will launch the awards and host celebratory readings of winning ‘Body in the Library’ stories from the past three years by Jane Clifton, Susanna Lobez and Julia Gardiner. (Details and bookings HERE)

“Crime does pay – at least on the page,” said Carmel Shute, secretary of Sisters in Crime. “And writing is a lot safer than holding up your local service station, especially during a pandemic.”

“We’re thrilled that all but one sponsor has continued their support despite these financially fraught times – and that two new supporters have come on board.” 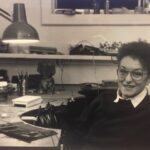 The Viliama Grakalic Art and Crime Award ($750) is named in honour of the late artist, and long-time member, who bequeathed $4000 to Sisters in Crime.

Viliama Grakalic was born in Zagreb and trained in fine art. In Australia she became a prominent goldsmith and sculptor. Her work is housed in public gallery collections Australia-wide.

In her later years Viliama decided to write a crime novel with an art theme, set in country Victoria. Breast cancer sadly took control, so as a pensioner she bequeathed “anything left over” to Sisters in Crime. At SheKilda, Sisters in Crime 10th anniversary convention in 2001, Viliama won the very first ‘Be Immortalised in Fiction’ competition, which means her name appeared in the next novel by Lauren Henderson, the international guest of honour and self-proclaimed ‘Tart Noir Queen’.

Booktopia Publisher Services is offering a prize of $750 for the Best Environmental Mystery.

Mark Harding, Brand & Content Manager, said: “We’re excited to sponsor the Best Environmental Mystery Award and to be able to support the Scarlet Stiletto. We’re huge supporters of Australian writing and believe some of the best crime writing in the world is created in our own backyard.”

Shute said that several sponsors had also upped the amount on offer.

“Our 15 sponsors are a diverse bunch. What they have in common is an unswerving commitment to women’s writing. which has paid off in spades. Since the awards began 28 years ago, 3896 stories have been entered and 30 winners – including winners of the Shoe and category winners – have gone on to have books published,” she said.

Closing date for the awards is 31 August 2021. The entry fee is $25 or $20 for Sisters in Crime members. Maximum length is 5000 words. The awards will be presented at a ceremony in Melbourne in late November, pandemic permitting.

To download an entry form and a list of FAQs or to pay the entry fee, go to:
https://sistersincrime.org.au/the-scarlet-stiletto-awards/