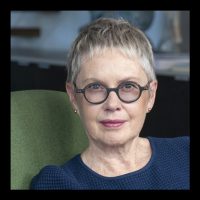 – Dr Stephen Elek, who injected staphylococci into his own skin in order to study wound infections, quoted in Who goes first? The story of self-experimentation in medicine by Lawrence K. Altman, MD.

So reads one of the epigraphs in my novel, Eight Lives (Affirm Press, 2019).

Throughout history, there have been physicians and scientists like Stephen Elek who’ve chosen the noble course and ‘gone first’, experimenting on themselves when the time came to test their theory or discovery. Polio researchers, including Salk and Sabin, tested their vaccines on themselves. In the 1940s, scientists working at Medicinalco, a Danish pharmaceutical company, routinely ingested the new drugs they were developing. On one occasion they became unwell after taking a drug intended to treat intestinal worms, and then having a lunchtime beer. (The days of liquid lunches!) It turned out they had serendipitously discovered a treatment for alcoholism.

There are many other examples of physicians and scientists who’ve experimented on themselves, sometimes fatally. Dr Jesse Lazear, for example, died in 1900 while trying to determine whether mosquitoes transmit yellow fever (they do), and in 1951, Dr Gianni Pauletta died after a colleague injected him with a form of the then-new antibiotic chloramphenicol.

There are also numerous examples at the other end of the ethical spectrum: the use of the disempowered and disenfranchised as research subjects. Prisoners, military personnel, the homeless, institutionalised people and undocumented immigrants have all been subjects in medical experiments. Sometimes unwilling or unwitting subjects.

Today, in countries like Australia, medical research is overseen by ethics committees, and drug trials are typically carried out on healthy volunteers, who are paid and are sometimes referred to as human guinea pigs. Fortunately, the death of a trial participant is very rare.

But it does happen. In the last twenty years there have been two particularly lamentable fatal first-in-human drug trials. In 1999, 18-year old Jesse Gelsinger died during the trial of a gene therapy. Despite having the condition the therapy was designed to treat, he had been a healthy functioning adult. After his death, concerns were raised about the financial motivations of the doctor in charge of the trial, whether Gelsinger’s consent to participate was truly informed and whether he even met the trial’s eligibility criteria (he didn’t). The second fatal trial took place in 2016, in Rennes, France, a healthy volunteer died during a drug trial. Although the trial should have been stopped when this man became ill, it wasn’t and four other men suffered irreversible brain damage.

In neither instance was anyone charged with murder, and criminal charges weren’t brought, but these tragedies highlight a moral dilemma. New drugs have to be tested to ensure we get the safe and effective medicines we want. These tests are risky. So, who should take the risk?

I’ve worked in medical research and the pharmaceutical industry for more than thirty years, and I started thinking more about this issue when I read about a 2006 London trial that ended very badly. It was the first human test of a drug that had been hailed as a ground-breaking treatment for diseases of the immune system. The six healthy men who received the drug suffered a life-threatening reaction and had to be admitted to Intensive Care, where they spent months. They survived, but one lost fingers and toes due to gangrene, and there may be long-term impacts on the men’s health.

This was obviously a tragedy, but what caught my attention was the fact that scientists subsequently claimed that the reaction was foreseeable and the drug’s manufacturer had in fact warned about the reaction in the trial documentation. The men who volunteered were paid £2000 each. The drug manufacturer declared bankruptcy. It didn’t seem fair. 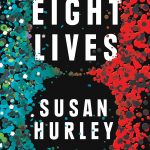 But it also seemed like an interesting starting point for a novel. Voila: Eight Lives. Or, more accurately, years of hard work later, Eight Lives was published. The novel is about the mysterious death of a golden boy of medical research — David Tran, a former refugee who’s discovered a potential blockbuster drug. Five characters from his circle, and David himself, narrate the story and each solve the mystery in their own way. But, in the end, it’s only the reader who knows the full story.

While Eight Lives is in no sense a fictionalised account of the London trial, the medical concepts and science in the novel are authentic. So, as well as being drawn in by the story and the characters’ dilemmas, I hope that readers also learn a little about where their medicines come from, gain an appreciation of the risks taken by those who volunteer for drug trials, and perhaps ponder the question: who should go first?

Susan Hurley is the author of the novel Eight Lives, a medical thriller described as “a clever, sobering book” by the The Age and Sydney Morning Herald.

Her medical research has been published in high profile medical journals like the Lancet and she holds honorary professorships at Griffith University and the University of Melbourne.

Since she decided to turn her hand to creative writing, her work has appeared in Kill Your Darlings, The Australian, The Big Issue, Mascara Literary Review and Great Walks. She was shortlisted for the 2017 Peter Carey Short Story Award and in 2018, Eight Lives, then an unpublished manuscript, was shortlisted for the UK Caledonia Novel Award.