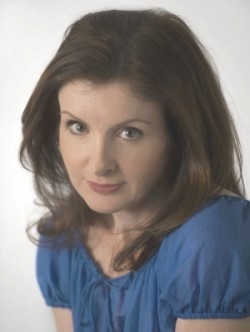 You’re launching a new podcast later in 2019, which is connected to one of Australia’s most infamous unsolved crimes, the disappearance of the Beaumont Children in 1966. What drew you to that particular case?

I have a personal connection to the case, having grown up in Adelaide. It might be a little hard to understand unless you were brought up there, but the Beaumonts’ disappearance is part of my DNA and it always hung over me. My parents talked about it and on every Australia Day, the anniversary of their disappearance, a story featured in the newspaper talking about the day “innocence was lost” for South Australian children and their parents.

Later in life, after I’d moved to Melbourne, my best friend from high school (who’s still my best friend!) called me to tell me a crazy story about how members of her family had accused her father of being involved. By this time, I’d been working as a journalist for some time, so I wanted to dig into the story more.

True crime has exploded in popularity recently. What’s your take on the reasons why?

I actually find it quite disturbing, particularly the salacious posts I’ve seen online worshipping serial killers as though they’re pop stars. I think people have lost empathy with the victims because of that and forgotten they’re talking about real people. Netflix documentaries glorify crime and don’t focus on the fact that lives have been shattered because of murder and violence. It’s all treated as fodder for entertainment and I want to shift the focus away from that.

In your podcast, how do you walk the line between providing a compelling story for your listeners, whilst still being respectful to those involved with the case?

I’ve taken to calling myself an ‘anti true-crime podcast’ person for that reason! I’m not trying to solve a crime in this podcast, but instead highlighting the effects this false accusation has had on the family. The family story is intriguing, as there’s greed, jealousy and fights over inheritances, which led to these accusations being made. The police don’t consider this man a suspect, but that hasn’t swayed the vigilante behaviour of some people in online forums. It’s quite terrifying – they even shared the man’s address and encouraged people to storm his house and dig up the back yard! I want to try and dissuade this dangerous behaviour by encouraging people to not take everything they read online as gospel.

Podcasts have a very low barrier to entry – you can get started with just an iPhone and a laptop. Is this a good or bad thing?

It’s an absolute democracy, isn’t it? Like any democracy, there are good and bad aspects to it. There will always be an element of sensationalism in the media, tabloid newspapers have been around for a long time after all. Varying levels of quality are to be expected, so we just have to be discerning as consumers of any media. I’d encourage any podcast listener to do their research on any program purporting to report ‘facts’.

The Teacher’s Pet is amazing. It really highlights the skill of real investigative journalism, unlocking truths previously hidden in a case. It’s actually changed the legal course and potential outcome of an inquiry into a possible murder, which is just incredible.

Vikki is just so encouraging, bringing me lasagne, chocolate cake and tea whenever I need writing advice! I’ve followed Helen’s and Liz’s writing for a long time and I’m a great admirer of their work. There are also people like Meshel Laurie, who’s incredibly generous with her time and expertise. I’d never met her, but she answered all my emails asking for recommendations about microphones, audio software and so on. It just proves that when women support women, amazing things happen!