After a six-month hiatus, Murder Mondays are back, but with a difference. The one-on-one author interviews which proved so popular during last year’s pandemic won’t be weekly this time round.

They’ll be monthly but national co-convenor (and author), Karina Kilmore, will still be the one asking the tough questions.

This month, Karina put fellow-Kiwi, Vanda Symon, to the test. 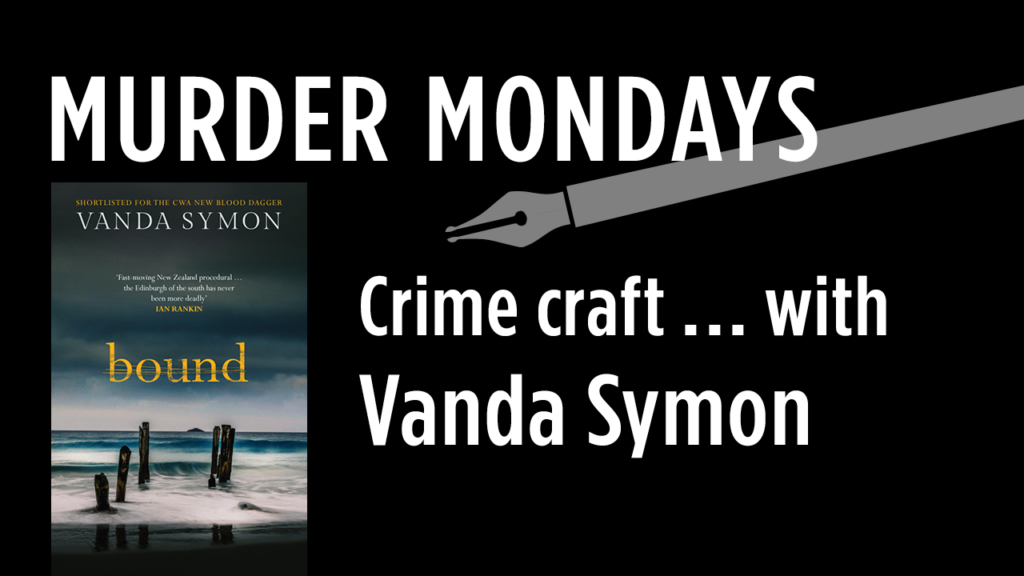 Vanda was one of Sisters in Crime’s three international guests at its 20th anniversary convention, SheKilda 2,in 2011 and then did it the honour of presenting its  Davitt Awards for best crime books two years later.

Vanda is a pharmacist by trade but, luckily for us, she took to crime writing, producing four novels in a series featuring Detective Sam Shephard and the stand-alone alone thriller, The Faceless. Her novels are published internationally and she has been a three-time finalist for the Ngaio Marsh Award for Best Crime Fiction novel as well as being shortlisted for the British CWA New Blood Dagger award.

Vanda has also got so many other feathers to her cap – a PhD on the communication of science through crime fiction, a monthly radio show for the Otago Southland NZSA called Write On, membership of the Board of the New Zealand Society of Authors, and the Chair of the Otago Southland Branch. And, she was a founding member of the Dunedin Crime Writers Association where wine and talking crime are on the menu.

When she isn’t writing or working at her day job, she can be found on the business end of a fencing foil.

Bound, the fourth in her Detective Sam Shephard series, just been republished as an e-book. Sisters in Crime hope it reaches a whole new audience.