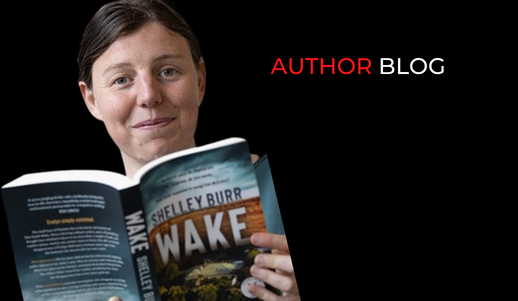 Stripped down to its most basic form, crime fiction is about concealing information from the reader, and then gradually revealing it.

This is one of the reasons why the genre tends to favour telling its stories through a single point of view character, often the detective, in first person or close third person. The reader sees what they see, hears what they hear, and is privy to their thoughts and internal musings but not those of the other characters.

In this way, the point of view character and the reader are equals. They follow along as the character unravels and uncovers what has been hidden. For the author, maintaining this equal footing can be a challenge – many crime readers love the feeling of ‘called it!’, but there are few things more frustrating than feeling like you are running so far ahead of the detective you wish you could shake them by the shoulders for missing something so obvious. The only thing worse is feeling cheated of the opportunity to keep up, when the detective reveals that they knew something all along that is key to solving the case.

Simply put: ideally the reader should know what the main character knows. Letting them be one jump ahead is good, but not so far ahead they wish they could shake them by the shoulders for missing something so obvious. Letting the character know more than them for no reason other than preventing them from figuring the mystery out too early is right out.

Adding a second point of view character complicates this equation. Then you have:

It’s significantly more complex for the writer to juggle.

Or at least, that’s what I discovered when writing my debut crime novel, Wake. The narration of Wake is shared between Mina McCreery, the grieving sister of missing girl Evelyn, and Lane Holland, the private investigator trying to find her. By my final edit, it felt like most of the manuscript’s continuity issues and points of confusion arose from the gaps between what the reader knew and what Mina or Lane knew.

It can also be tricky to find ways for one character to share what they have learned with the other, without boring the reader by repeating something they already know.

So why do I prefer to write a two-hander, if it makes life so difficult?

It provides an opportunity to show each narrator through the other’s eyes, highlighting the difference between the way they perceive themselves and the way others perceive them, or things they are trying to hide from themselves or the reader.

When there is a gap between what the reader knows and what the character does, dramatic irony flows naturally. This can also be used playfully – there is no joy like having one character make an assumption, then flipping to the other point of view and immediately proving them wrong.

It lets the story be told with a broader perspective. A character is always going to have their own way of viewing the world, and other characters will interact with them in a specific way. Secondary characters might behave completely differently when alone with a woman vs a man, or with an older or younger character, and so forth.

This broader perspective also allows for more emotional complexity. With Wake, chapters in Lane’s perspective drove the plot forward as he got down to business trying to dig up answers, while chapters in Mina’s perspective could be more reflective, showing her grief and the painful results of that digging.

There is one other benefit to having two lead characters. I attended a talk at the National Library of Australia with one of the world’s kings of crime, Michael Connelly, and he mentioned this: a book with two leads is easier to adapt to the screen. It is demanding on an actor when a single character appears in every scene of the story, and the studio can’t have a second unit filming other scenes simultaneously. Hollywood might never come knocking, but it’s nice to know that if they ever do, I’ve made the job a little easier.