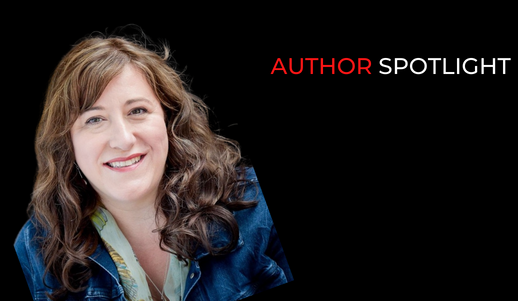 It’s rare – very rare – for a mystery novel to feature an astronomer as the central character. Kimberley Starr talks to Robyn Walton about what inspired her latest novel, The Map of Night (Pantera Press).

By coincidence (perhaps?) your novel features a candidate in a state election and it’s being published soon after a federal election and a few months before Victoria’s state election. You’ve mentioned that you grew up in a political family. How did that influence the way you created Justin and his political world?

Yes, I grew up in a very political family. My father was a political scientist by education and he moved in and out of jobs working for various politicians, involved with election campaigns, and for a while as a state director of one of the parties. Although my politics are very different from my father’s and we argued a lot, otherwise we were very close. While growing up I used to enjoy being ‘on the hustings’ with him, going to campaign launches, and things like that.

I used a lot of these experiences to work on the story of Justin and Gabby, his daughter, as they approach the day when he will face the electorate. Justin is a complicated character but he does have a vision for the future of his town and I hope that comes through in the story, whatever else about him might also be revealed. Although I do have to say Justin is nothing like my father, talking to Dad about things like how political parties choose candidates was a really interesting part of my research and created memorable discussions between us in what I did not know would be the final years of his life.

Lucy, Justin’s wife, has a scientific career and different priorities. You seem to have a real feel for her field of work?

In my day job, I’m a high school teacher and one of the lovely parts of this job (there are lovely parts, despite the bad-and-getting-worse pay and the teaching experience during Covid!) is getting to go on excursions with my students. I teach English but a few years ago I went as the extra teacher on an astronomy excursion. Seeing the telescope reminded me of how fascinated by stars I used to be as a very young child. I lived in New England, inland New South Wales, away from most of the big city coastal light pollution that blots the stars for me now.

Where I lived, the stars were bright and the Milky Way was rich and creamy. My father used to take my brother and me out to look at them through a small amateur telescope. (I’m in a period of grieving where everything comes back to my Dad.) He showed us Jupiter, and Saturn’s rings. I became fascinated by the idea of creating a character who had another life I might have chosen—as an astronomer. Researching all the things Lucy needed to know gave me a vicarious thrill. It’s a fascinating field, and we don’t have enough lifetimes for all the jobs I’d like to try. Stepping into them for a while with a character is a part of writing that I really enjoy. I hope I got the details right!

Your third key character is Gabby, Lucy and Justin’s daughter. You tell some sections sympathetically from Gabby’s point of view. How would you describe her?

Gabby is very intelligent and affectionate but not quite like the other kids. She’s a loner, an outsider. She doesn’t quite fit in. She’s at a stage of her life where family means more to her than friends and she is still learning how to get on with kids her own age. Because of her nature, she leans on her mother a lot for support. This makes it all the more difficult for her when her mother disappears. But she’s also very brave and very determined to live life according to what she believes is right. She won’t give up when she knows something is wrong, no matter what other people tell her. The events of the novel lead her on a steep growth curve for her and I’m glad to have you use the word ‘sympathetic’. I like her a lot myself. I hope I’m allowed to say that!

The novel’s mystery is spelled out on the front cover: “A woman is missing. Why isn’t anyone looking?” How much more can you tell us?

As I mentioned in an earlier answer, it’s Lucy who goes missing. Lucy assumes, as I think we all would in that situation, that people are looking for her. Because of the strength of their mother/daughter relationship, it’s Gabby who won’t let go and who insists that there is something wrong.

In ‘why isn’t anyone looking?’ I really wanted to consider how much we can rely on other people, and how self-interest can be a corrupting influence. But there were other things I was wondering about as well and I think those wonderings worked their way into the mysteries in the plot. For instance, living as a colonising people, what should our relationship be to the land that we only claim to own because our ancestors stole it? The land where Lucy vanishes was once mined for gold and a lot of abandoned tunnels scar it. What ways are there, I wonder, us having attacked the land, and taken from it, that the land might attempt to take something back? On more than one occasion, Lucy imagines herself trapped within a tunnel that is actually more like a giant mouth …

But this story does return to the more intimate one of relationships between my main characters, I think members of families learn a lot about each other in times of stress, and one thing I can tell you is that this is true of Justin, Lucy, and Gabby, who also learn a lot about themselves!

As well as the missing woman mystery, there are other crimes. Enter police member Brian Gantry. What is his style of policing?

Brian is in a tricky situation. Is there a missing person or isn’t there? Should he answer the concerns of a child, over listening to the rationalisations of a man who is a political candidate and otherwise trusted member of the local community? I think Brian very much wants to follow the rules but he has his suspicions about what is going on and he also wants to make sure that the people under his care are okay. This is a novel that is so much about fathers and daughters and paternal relationships. I’m aware that the paternalistic nature of policing in Australia is a contentious area but Brian, I think, is a good bloke, and would like to be regarded as such.

Thanks for your responses, Kimberley.

Thanks for giving me the chance to talk about my book! I’ve loved writing it and am thrilled with the work Pantera has done in production … I hope everyone enjoys reading it too.

A Map of Night is being launched on Thursday 4 August, 6.30 pm, at Readings Hawthorn, 701 Glenferrie Rd (Melbourne). Free but please RSVP.