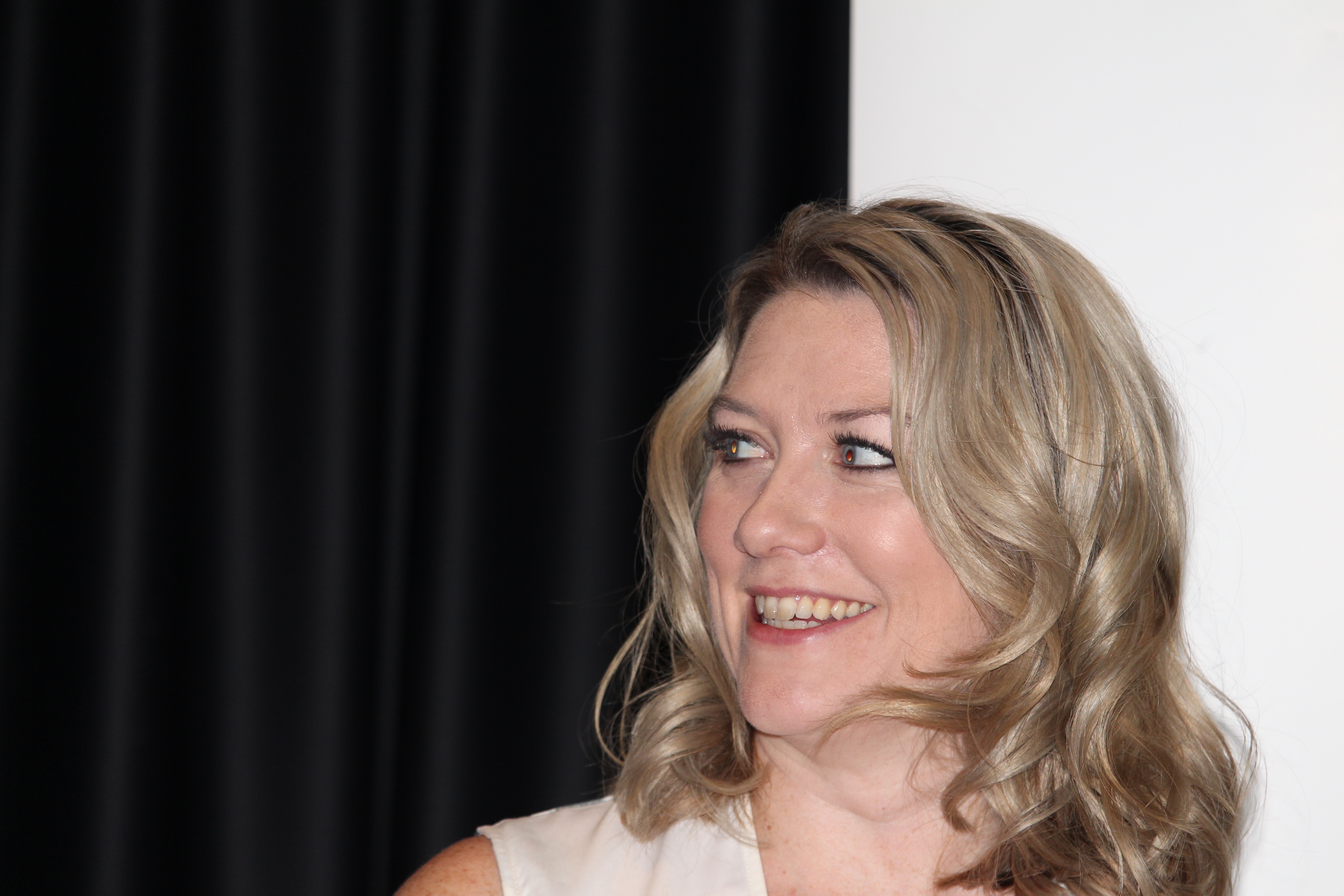 Rachael Brown was one of the crime writers who spoke at Hitlist on 3 July, the Wheeler Centre event about the current state of crime writing. Serial Davitt winner Emma Viskic compered the session which also included fellow Sister in Crime, Sulari Gentill, plus, Laura Elizabeth Woollett, Garry Disher, and Mark Brandi.

I want to start by talking about podcasting, and how it offers another platform for crime writing, and investigation. Most of my 17 years at the ABC has been in radio. I love it. Its beautiful simplicity. The way talent responds to it, therefore the way it resonates with listeners.

Radio is enjoying somewhat of a renaissance with podcasting. And I’m excited how it’s bringing radio, and investigative journalism – like crime investigations – in a different way to audiences. And it makes sense. Everything is on demand now in this ‘gig economy’; wWe have Uber Eats, Netflix (so, TV on demand)… and podcasting is essentially radio on demand.

But the platform hasn’t cheapened the product, it’s enhanced it. Listeners have shown they’re willing to sit and listen to hours and hours of an investigation. And as an investigative journalist who’s watched the growing risk to this genre with the downturn of newspapers, and the rapid 24-hour cycle, it heartens me, that investigative journalism has this powerful platform. Not just in terms of the way it connects with listeners, but also though its opportunities for interactivity.

This is why I chose the platform for Maria James’ story. I thought it would best do her justice, and the lives of everyone caught up in her cold case.

Maria James was a single mother of two boys, who was stabbed to death at the back of her second-hand bookshop, in 1980. The trail went cold, until in 2013, her younger son Adam told his brother Mark that he had been abused by his local priest, that he’d told his mum, and the next day, the very same day she was set to confront that priest, she was murdered around midday. Was it a murder to cover up paedophilia? Or was it someone police checked and dismissed? Was it someone never looked at?

When I say I chose the platform for this story. This is important. It was all about Maria’s story, her sons’ story. I didn’t come at this thinking – which I worry many people are doing now – ‘podcasting is cool, which cold case should I pick so I can do a podcast?’ I was intrigued by the layers of Maria’s story and the police investigation, and thought a podcast would be the best way to tell it. Story first, format second. There’s a line I heard at a US conference, be a storyteller, not a story-taker. There’s a massive difference.

I thought a podcast would be the best way to initially tell Maria James’ story, for many reasons:

The book came later. That was a platform to tell the story behind the story. To pay greater tribute to the James family and to all the other men – other survivors of Church abuse –  who shared their nightmares, to try to help this family. It also was a commentary piece on tropes, how crime reporters should try to steer clear of falling down that slippery slope of crime as entertainment. Yes, it has to be compelling, so people listen, so they might offer leads to try to solve these crimes. But it shouldn’t be a drip-feed of information to titillate listeners into tuning in next week.

I had one iTunes reviewer complain I was taking too long with an update episode while I was waiting for the Coroner and police to do various things. And one who complained about spoilers when they heard a news story about Episode 2, before they’d listened to that episode. Tough. These are real stories, real people’s lives. And they’re messy, like life, and it mightn’t be possible to tie them up at the end with a big bow for audience satisfaction. I remember reading a comment from the brother of Hae Min Lee, whose murder was the subject of Serial, the hit US podcast. Her brother reportedly wrote on Reddit, ‘to you listeners…it’s another episode of CSI… to me it’s real life’. The producers were accused of leaving the victim glaringly absent (although I want to add, the presenter Sarah Keonig did reach out to the family).

So I learned from those who’d gone before me, the risks of this genre. I’d learned from beautiful writers like Helen Garner that crime can indeed be covered forensically and compassionately. And I knew through my own work that people will give their time to important stories, that are well-told. There’s a CBC pocast, Missing and Murdered; Finding Cleo, and its presenter says she used the compelling mystery of the missing Cree girl, Cleo, as the spine, to tell a larger story of the treatment of Canada’s indigenous people and the higher rates of abuse in the welfare system. And that’s what I love about podcasting, because you can use a mystery, to unpack bigger, tricky societal issues – as Trace did with Church abuse and police powers.

Trace was the ABC’s first true crime podcast. The podcast and subsequent book published by Scribe Publications has prompted the coroner to hold a new inquest, now scheduled for January 2020.