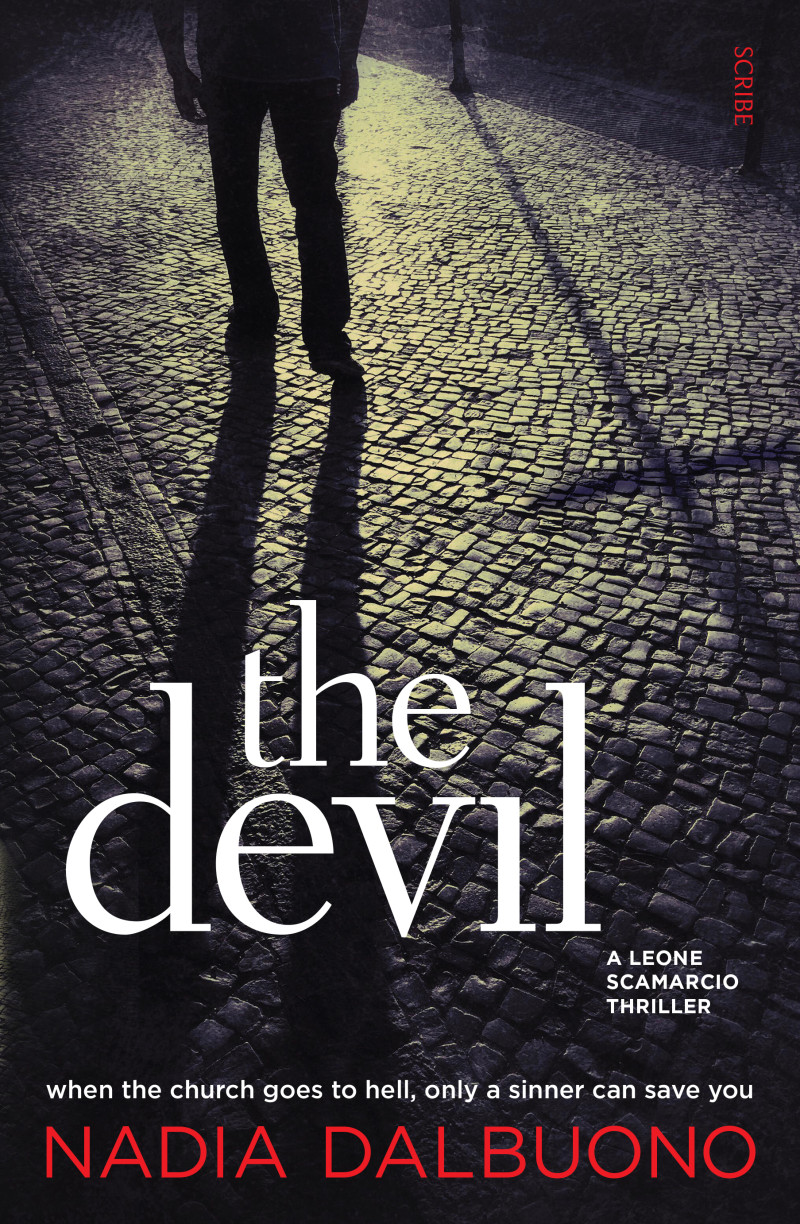 When Leone Scamarcio investigates the murder of a boy with demonic possession, who will win: Scamarcio or the Devil?

On a cold and wintry Roman afternoon, a troubled young man, Andrea Borghese, is found dead in his parents’ apartment. The last people to seehim alive were five Roman Catholic priests who had left the Vatican to visit Andrea for a very particular purpose. They were performing an exorcism.

Meanwhile, Detective Leone Scamarcio is unravelling. His partner, the beautiful ex-showgirl Fiammetta DiBondi, is expecting their first child, and the baby is due any day. But what kind of world is this in which to raise a child? When his boss, Chief Garramone, calls with the Borghesi case, insisting that Scamarcio is the only man he trusts with the job, Scamarcio accepts the mission as a welcome distraction.

But the case proves far more tangled than Scamarcio had anticipated, and he finds himself in an ever-thickening plot of occult practices, murder, church corruption, government bribery, pharmaceutical dirty dealings, family secrets, and, of course, the mafia. To make things even more complicated, Scamarcio’s old flame, Aurelia, has returned to Rome, and Scamarcio is having trouble thinking straight. As he circles closer to the truth, the danger mounts, and when his new little family comes under threat, Leone Scamarcio has to decide once and for all what he really stands for.

This novel is the fifth in Nadia Dalbuono’s contemporary crime series set (mostly) in Rome.  Previously I’ve reviewed Dalbuono’s opening book in the series https://sistersincrime.org.au/the-few-nadia-dalbuono/and posted a Q&A in which she addressed her writing practices and the creation of the series https://sistersincrime.org.au/the-few-nadia-dalbuono/So, can you tell I think Dalbuono is an author worth following?

This time around, Detective Scamarcio is police chief Garramone’s choice for investigating the strangulation killing of an 18-year-old boy. With his partner, Fiametta, due to give birth to their first child in two weeks’ time, Scarmone isn’t keen to be involved in a case he’s warned will be complicated, but Garramone is insistent: Scamarcio’s prior experience with the workings of the Vatican is needed.

As recently as the afternoon of his murder, Andrea Borghese had been having one of his weekly demon-expulsion sessions with Cardinal Amato, known in the media as “the Vatican’s chief exorcist”. A team of strong young priests assisted Amato in these sessions, which could become violent, owing to Andrea’s volatile condition. The youth had a “living hell” history of seizures, personality changes, aggressive outbursts, social isolation and experimental medication regimens. Mrs Borghese had given up her career in order to fight for her only child’s wellbeing, while Mr Borghese continued working in marketing in the pharmaceuticals industry, apparently earning well enough to support an upmarket lifestyle in this expensive city.

Dalbuono writes in English, using a lot of dialogue, much of it colloquial and racy when the police are speaking with each other. British and transatlantic idioms substitute for Italian. The pacing of the investigation is brisk. As before, inquiries lead to highly placed people and powerful organisations, exposing corrupt interconnections between government administrators and politicians, big and small businesses, church figures and the Mafia. And, as usual, there’s some sensational and sleazy content of the kind popular media like to exploit.

On the personal front, Scamarcio spends worryingly little time with Fiametta. He gives her almost no support and wilfully remains ignorant of all that’s involved in birth preparation and early-infancy parenting, so much so that the reader may wonder whether the pair of them have a future together.

Do the crimes get sorted? Does the baby arrive? Well, is the Pope a Catholic?