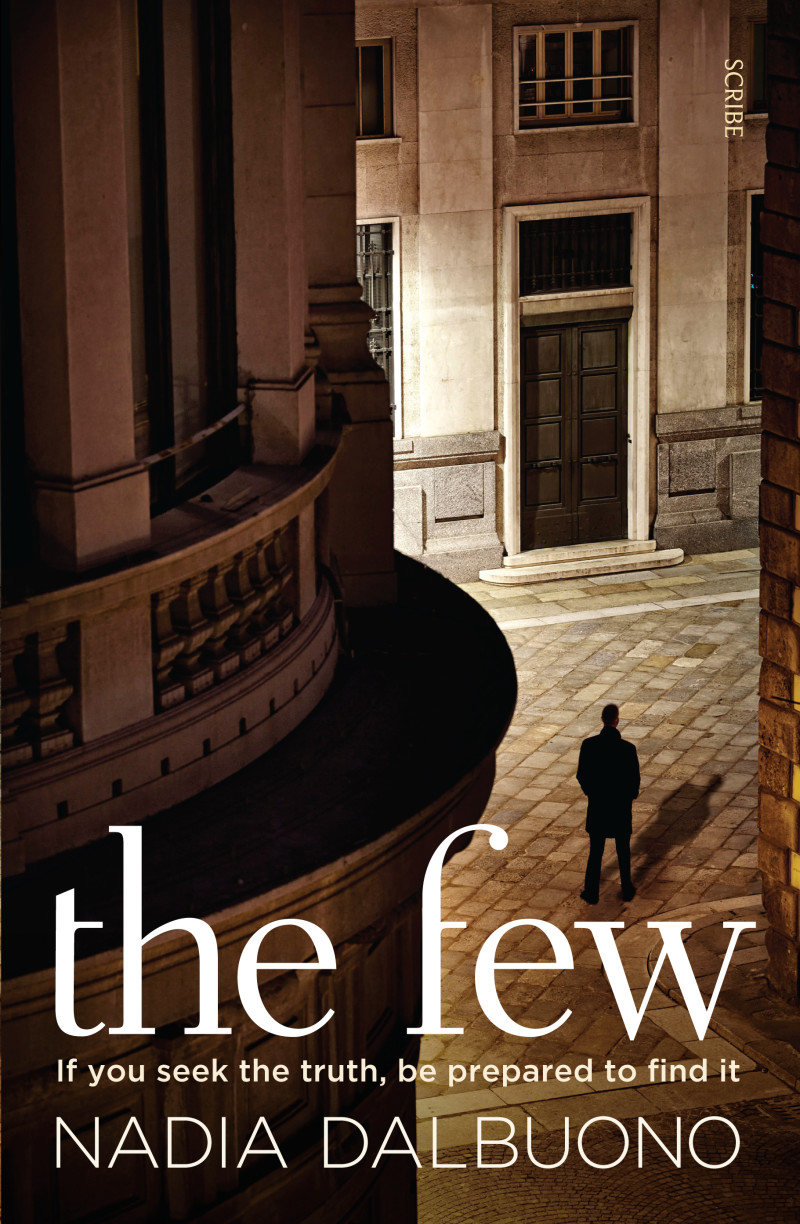 Detective Leone Scamarcio, the son of a former leading mafioso, has turned his back on the family business, and has joined the Rome police force. He may be one of the last honest men in Italy.

But when Scamarcio is handed a file of extremely compromising photographs of a high-profile Italian politician, and told to ‘deal with it’, he knows he’s in for trouble. And when a young man is found stabbed to death in Rome, and a young American girl disappears on a beach in Elba, Scamarcio’s job gets a whole lot more complicated.

Worst of all, every lead seems to implicate the prime minister — a multi-media baron, and the most powerful man in Italy. As the case spins out of control, and his own past catches up with him, Scamarcio must navigate the darkest currents of Italian society — only to find that nothing is as it seems, and that the price of truth may be higher than he can pay.

Nadia Dalbuono travelled internationally during the decade and a half she spent as a producer and director of documentaries for TV. When pregnancy compelled her to take some time off the road, she tried her hand at writing fiction. The Few, an accomplished crime novel, was Dalbuono’s first publication. It came out in 2014, and has been followed by two more novels featuring the same police detective protagonist: The American (2015) and The Hit (2016). A fourth in the series is due out in 2017.

The Rome in which Dalbuono’s lone wolf detective works is seen through his eyes as “impossible, uninhabitable, corrupt, overpriced”. Under the sway of its Berlusconi-like prime minister, who built up a media empire before going into politics, the nation has “turned to shit”, its problems arguably “insoluble”, millions of its people “unemployed and underpaid”, organised crime pervasive.

In this environment, Detective Scamarcio reflexively wonders whether his chief is on the take when he’s summonsed to a secret meeting. Chief Garramone has had a call from the PM. A couple of Scamarcio’s colleagues have been blackmailing Italy’s foreign secretary, using graphic photos of that gentleman’s participation in sexual activities with two males, one of whom looks to be not merely young but perhaps under-age. The PM got to know about this when someone tried to sell the images to one of his magazines. Another magazine did buy the images, and ahead of the expected furore attending their publication the foreign minister has retreated to Florence to lie low. What can Scamarcio do about any of this? Garramone reveals one of the two men in the photos has been found murdered. Understandably, it’s intimated, the politicians want the matter sorted as quickly and quietly as possible to avert even more scandal for the government. Deal with it, Scamarcio.

That’s just chapter 1, and there are 67 chapters in total. Dalbuono introduces more characters, more locations, and more murky complications, and she does it all more than competently. I wonder whether she learned her pacing, story-telling and picture-setting skills when she was making documentaries.

With its end approaching, the storyline displays much the same signs of corruption, compromise and strained integrity as it did at the beginning. Raids have netted lower-level players in a nasty, exploitative enterprise, while higher-level players (“The Few”) have escaped capture, apparently having been tipped off.  The chief prosecutor is not optimistic about getting convictions. It is unclear whether the scared foreign secretary can be compelled to testify and there is the question of what he could be offered in return for his testimony. An exploited youth is just as fearful of testifying. And the chief prosecutor is worried that if he goes after the powerful identities who’ve been implicated, the “untouchables”, he will suffer both professional and personal consequences. Scamarcio walks away to a meeting with a godfather figure from his southern Italian, Mafioso past. “‘You thought some more about my offer?’ asked the old man.”

I recommend The Few if you like dark contemporary crime fiction and you’re willing to concentrate on a plot that’s dense with inter-connections.