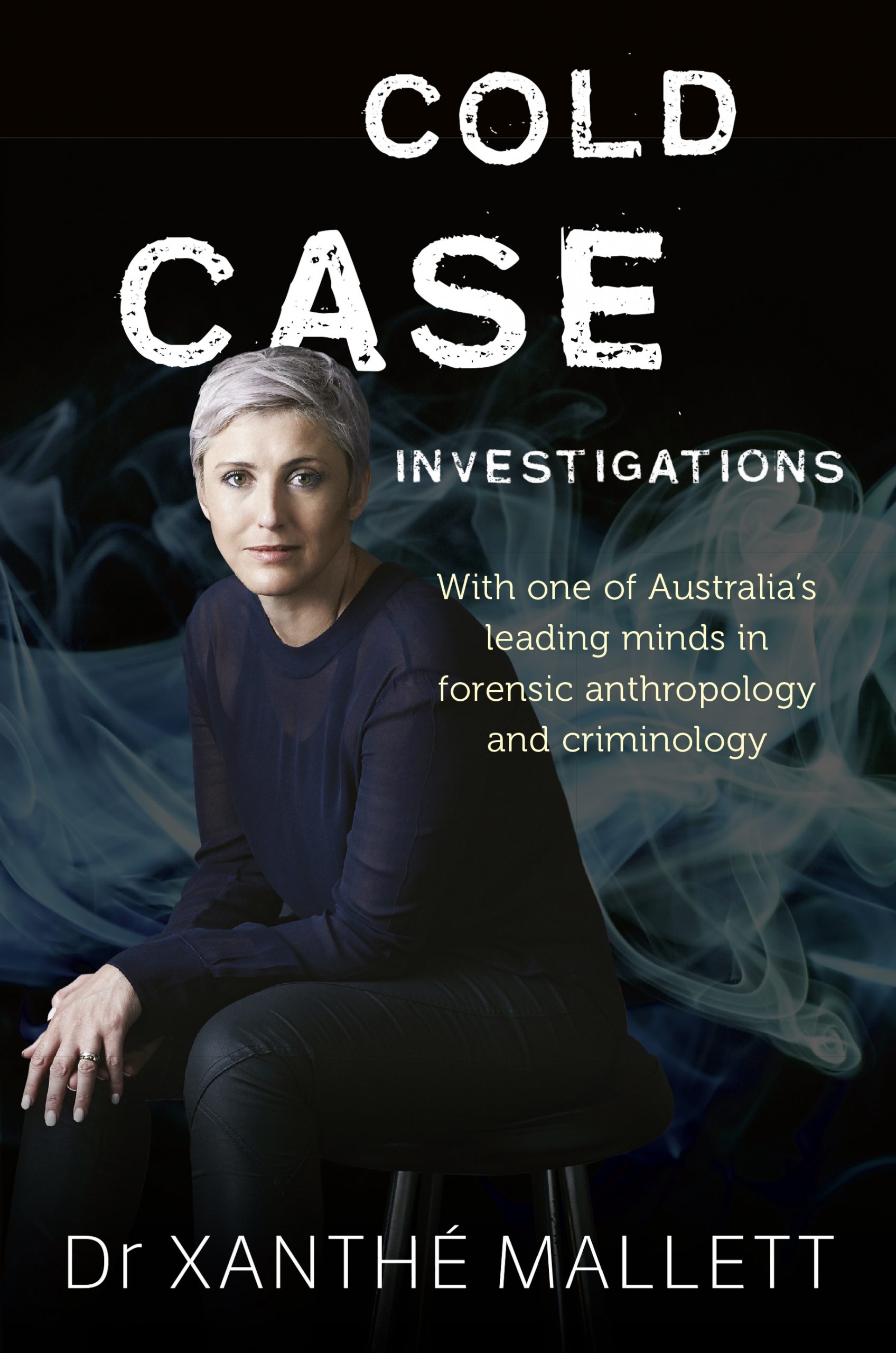 From the disappearance of the Beaumont children to the abduction of William Tyrrell to the double murder of Karlie Pearce-Stevenson and her daughter Khandalyce, Xanthé is determined to expose the truth to maximise dignity for both deceased victims and those left behind.

Xanthé talks to experts to uncover the how’s and why’s of tragic murders and haunting disappearances. Along the way readers will also be introduced to new forensic techniques and scientific methods that could – or did – help move the case forward.

Cold Case Investigations covers mostly murders or suspected murders – such as Ashley Coulston, Mr Cruel and Ivan Milat – with the victims as the focus. Not only because, criminologically speaking, the more you can learn about your victim the more you can extrapolate about the person who killed or abducted them, but also because they deserve their stories to be told. They deserve for people to know their names. They shouldn’t just be someone’s victim.

Cold Case Investigations reviews seven Australian crime cases; though the book title suggests these are cold cases, two—the backpackers murdered by Ivan Milat and the mother-daughter murder by Daniel Holdom—were not, though Mallett talks about the potential other murders (thus cold cases) that may have been committed by these two. As she states, we are fascinated by these cases because our fears of the “bogeyman”…but we need to know the bogeyman can be found, so having these included gives the book some balance.

Mallet is cited as having many “hats” including scientific ones of forensic anthropologist and criminologist, but here she comes across largely as being in her other role, more a media identity that has been involved in true crime TV series, appearance in podcasts and a prior true crime book. She includes informative sections in the book about varying aspects of forensic science—DNA, profiling, fingerprints and facial anthropology and DNA facial reconstruction, from experts in these areas and includes interviews with these experts on some of the cases. This enhances the value of the book—great basic research and background for those fascinated but unfamiliar with the details. She also includes her own visits to the sites of the crime or place where the bodies were discovered, which adds atmosphere. Her writing is confident and competent, and easy to read and follow, even I would imagine, for the non-forensically familiar (though the educative sections might be more of a challenge).

Many of the cases but not all were familiar—beyond the seven cases there is also mention of others, and the culprit in one reappears in a later case as a possible perpetrator (this section is a little repetitive). This perpetrator though was in many ways the most surprising to me—Christopher Wilder—given the extent of his crimes across two countries and that I hadn’t heard of him. I also discovered that I knew a lot less than I thought about the Beaumont children disappearance. On the other hand, thanks to The Australian’s podcast Nowhere Child, I knew a lot more about the William Tyrell disappearance than appears here.

Mallett starts and ends the book saying she wants to give the victims a name and respect, increase the chances of people coming forward with information, and look at the why of these crimes. I think these are good objectives, but hard to do when including so many cases—and you are trying to work out who did it—rather than devoting a book to just one and doing it in depth. Within this restriction, she does her best to look at the cases with this in mind, but inevitably there is more about the perpetrator (or likely perpetrator) than the victims—especially so, interestingly, in the Daniel Holdom case which was surprising given this is the one case I didn’t know his name but knew the names of the victims (well the child anyway); Karlie Pearce-Stevenson and Khandalyce Pearce (she was found in a suitcase by the side of the road). As Mallett was involved with this case early on I wonder if she has restrictions about using what material she is aware of when discovered with her professional science hat on.

The why is perhaps the weakest aspect, partly because not all the cases have a “who”. Perhaps, because I am a psychiatrist (who does forensic work) this is my strength rather than hers, but I wanted more. I’m not sure that I agree with her that the Milat’s and Wilder’s of this world (psychopaths) have a basic deep seated insecurity. In addition to them perhaps being wired differently (there is a higher rate of early trauma/ head injury in this group), to understand the “why”, background is important—no, childhood abuse does not make their crime excusable (most child abuse victims do not become serial murderers), but it may help make it more understandable.

A book for those interested in horrific crimes, to get a broad view—and a point of view you might not have considered—and some extra understanding of some aspects of forensic investigations.