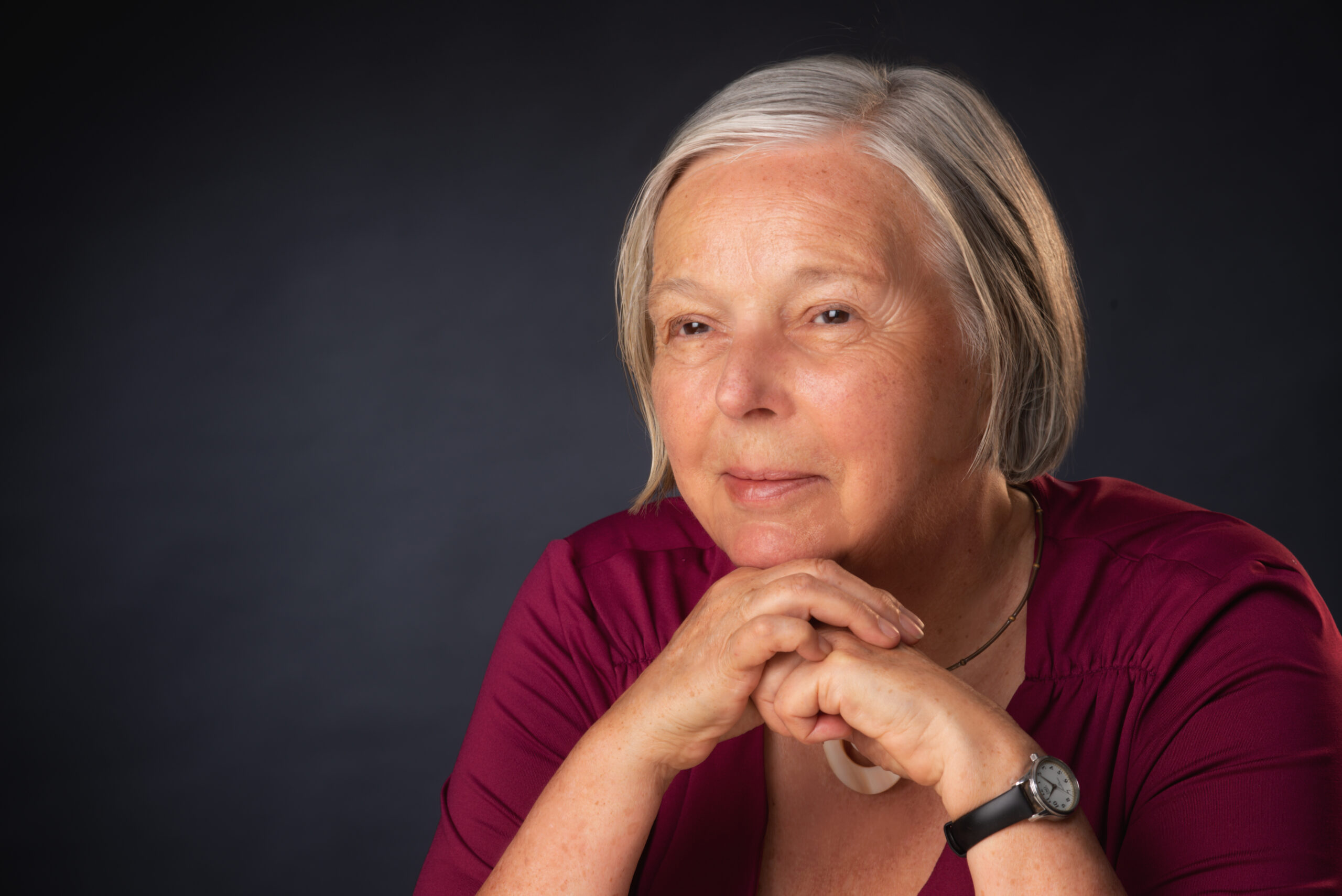 How does a woman alone on a remote island and running out of food escape the men hunting her? Elizabeth Flann’s debut novel, Beware of Dogs (HarperCollins), explores what happens with Robyn Walton.

A warm welcome to your first novel, Elizabeth. Your bio tells us you have a background in publishing, literature, and film?

Thank you for giving me this opportunity to talk about Beware of Dogs. I have actually worked in a variety of areas, particularly when living overseas, and this has been very helpful in writing about different work environments. I’ve worked as a computer cartographer mapping the London Underground, a dramaturg to a medical education drama group, a shipping news reporter, and a hospital technical assistant. However, in Australia I settled into book publishing, mainly as an editor, but also as a publisher and writer with a feminist press specialising in children’s books.

It was at Sugar and Snails Press that I had the good fortune to write a careers book called The Geologist, which began a lifetime interest in geology and rocks and gave me excellent background material for my novel. As well as this I have studied film history and taught scriptwriting, editing and literature at Deakin University, and also occasionally worked as a script editor.

Suspense, menace, crime … Any comments on the kind of tale you’ve written and whether it shares a category with other books (or films, games etc)?

I think Beware of Dogs is best described as cross-genre, but I would see it as a tale of female adventure with strong elements of thriller and mystery. One of my models was Cheryl Strayed’s Wild, which I read with great excitement because I hadn’t really come across entirely female adventurers before  ̶  apart from solo sailors like Kay Cottee and Jessica Watson. I’ve always loved stories of adventure and survival against the odds, and they do tend to form a good chunk of my reading choices. 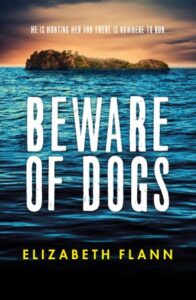 Beware of Dogs won the Banjo Prize for Fiction in 2019. Please tell the aspiring writers among us about entering that prize and what winning has meant for you?

It was the best thing that could ever happen to an aspiring writer. I couldn’t believe it when I got the call that I had won the prize. I was absolutely amazed – and delighted of course. It has been a wonderful experience, and HarperCollins have been enthusiastic and supportive at every level.

I think I was most surprised because when the manuscript first went out to a publisher some years ago they said ‘Loved it, couldn’t put it down, but there’s no market for female adventure’, and yet HarperCollins’ publisher told me in 2019 that it fitted right into the ‘new popular category of female adventure’. What a difference a few years (and the publication of books like Wild) can make! So, I say to all aspiring writers: ‘Never give up’. Your time may be just around the corner.

Did the Covid pandemic in 2020 mess with the publication schedule? If so, did that mean extra time for you and the editors and designers to work on the book?

The book was pretty much complete by the time Covid hit and the endless rewriting phase was behind us, so any delays tended to be in the production. There was probably more time spent than usual on getting publicity materials and the cover just right. This was time well spent. I love the final cover to bits! It absolutely captures the island’s isolation, beauty and menace.

But the delay also meant the book missed the Christmas market and made things like a launch and interviews difficult. I recently did a tour of bookshops, and it was so lovely to meet and greet in person both potential readers and sometimes people who had read and loved the book. I think that’s one really negative result of Covid for writers, the alienation of writers from readers. On the other hand, it helped immensely with buckling down to write the next book.

I notice you’ve dedicated your novel to the memory of poet (and Sisters in Crime member and supporter) Judith Rodriguez. You had a connection with Judith?

I spent many years teaching professional writing and literature at Deakin University, and one of the great joys of the job was working with wonderful colleagues, from both the writing and literature fields. Judith and I worked very closely on planning syllabuses and keeping up to date with what was going on in the world of literature. As you can imagine, she was a wonderful companion at conferences, always at the heart of any literary or philosophical discussion.

Judith also encouraged me to recommence my own fiction writing, which had stopped in my twenties as work demands and, later, the requirements of a PhD, left no space. Judith insisted that I make space, and I thank her for it from the bottom of my heart.

Opposite the first page of your tale readers are provided with a hand-drawn map of an island. Where is this place? Would we want to visit or live there?

I’m sorry to say the island is a figment of my imagination. However, if it was real it would be situated in Corner Inlet off the coast of South Gippsland, Victoria.

I would recommend going to any of the Bass Strait islands, which stretch from Tasmania to Victoria. All have their own individual beauty, as well as sharing much of their indigenous flora. This island would really be too small to live on permanently, although some of the smaller ones have fishing cabins or huts built for long-ago mutton-birders.

The text begins with a description of a plant I grew up knowing as pigface. Is the source of this info reliable? Why is this info given such prominence?

I think to answer the question I need to give a bit of background to how this novel came into being. I was planning to work on a much more traditional novel when I woke up from a dream that I was a prisoner in a cave. I don’t normally remember dreams, but this was so vivid I recalled every detail, as if it had actually happened to me. So, being a writer, I wrote it down. Then the next night I found myself returning to the same place but in slightly different circumstances, so I wrote that down too.

This happened every night for almost two weeks, and I realised that I had to abandon the other project (which I have never returned to) and write down Alix’s story. It was as if she was appearing each night to tell me a little bit more.

I realised that her knowledge of indigenous flora was going to be a key factor in the entire narrative, and I think I also thought of the fictional Professor Atkinson as a kind of talisman, a comfort. So, I began with epigraphs that related to plants that would feature in the chapters.

For several years I was a member of Earthcare and was involved in maintaining the indigenous planting along the St Kilda foreshore, and I’ve since been involved in a number of other plantings, so I am very familiar with the southern Victorian coastal flora, and also had easy access to many experts in the field to answer queries about specific plants and locations.

Then, suddenly, the reader is pitched into the action. Your narrator’s heart has been pounding, pulse going fast. Who is this person and why are they stressed?

As I’ve said, I was dreaming as if I was the person in the cave. It took some time, and a lot of very long walks, for Alix to reveal herself to me. The rest of the story came in much the same way. I would always start off by imagining a scene in the cave, then go for a walk, and while walking my mind would reveal more and more about who Alix was and how she got into such a precarious position. And because some of my dreams were based at night, I began to wonder what would cross your mind if trapped like that, unable to read or write or do anything but think.

Chapters 1-16 consist of increasingly worrying field diary entries for successive days. But there are also memories and speculations. How much experimenting did you do before working out your story’s structure?

This was the hardest part of writing the book, working out how to manage both the present and the past, and how to find a voice that would work for both. In the end I invented a system where each chapter began with Alix writing in her field diary, which was patterned on the geologists I’d interviewed for the careers book, who all said they kept diaries of everything they did. Then there would be a clear break, where she put away her diary and settled down to face the dark, and what followed would be memories, speculations, fears and, as time went on, self-examination. After a lot of discussion with HarperCollins, we decided to use different fonts to emphasise this change, and I think it has worked very well.

You include some Bible quotes and allusions. In your mind is there a bigger, overarching dimension to the narrative?

I think this is one of the aspects of life Alix has to grapple with, having escaped from the very autocratic religious fervour of her father, and having to look inside herself in a way she has always avoided doing, to find out what her own beliefs are. I also found that I could use these epitaphs to suggest the decline in Alix’s control of her environment.

To close, Elizabeth, would you like to comment on anything else to do with Beware of Dogs?

I never expected to write a thriller or mystery. I’d previously been quite conventional in my writing, although I have also always loved reading detective stories, and when I wrote Beware of Dogs it came to me in such a strange way that I never thought to define its genre.

After the initial publishing rejection, I decided to sign up for a course on writing detective novels with Vikki Petraitis, to see if that might be a better path for me. This course taught me so much about structure, creating tension and plotting that I started on a detective-style novel straight away. I also met two writing friends, and we have encouraged each other and enjoyed being able to talk about writing in a way that doesn’t happen in general, so that has been a tremendous benefit.

Then, when I saw the notice of the Banjo Prize, I decided to apply what I had learned to ramp up the thriller and mystery elements of Beware of Dogs, and sent it in. I’m so glad I did. So, my last words are – you can never stop learning and you should never give up.

Thank you, Elizabeth, and all the best for your continuing writing.