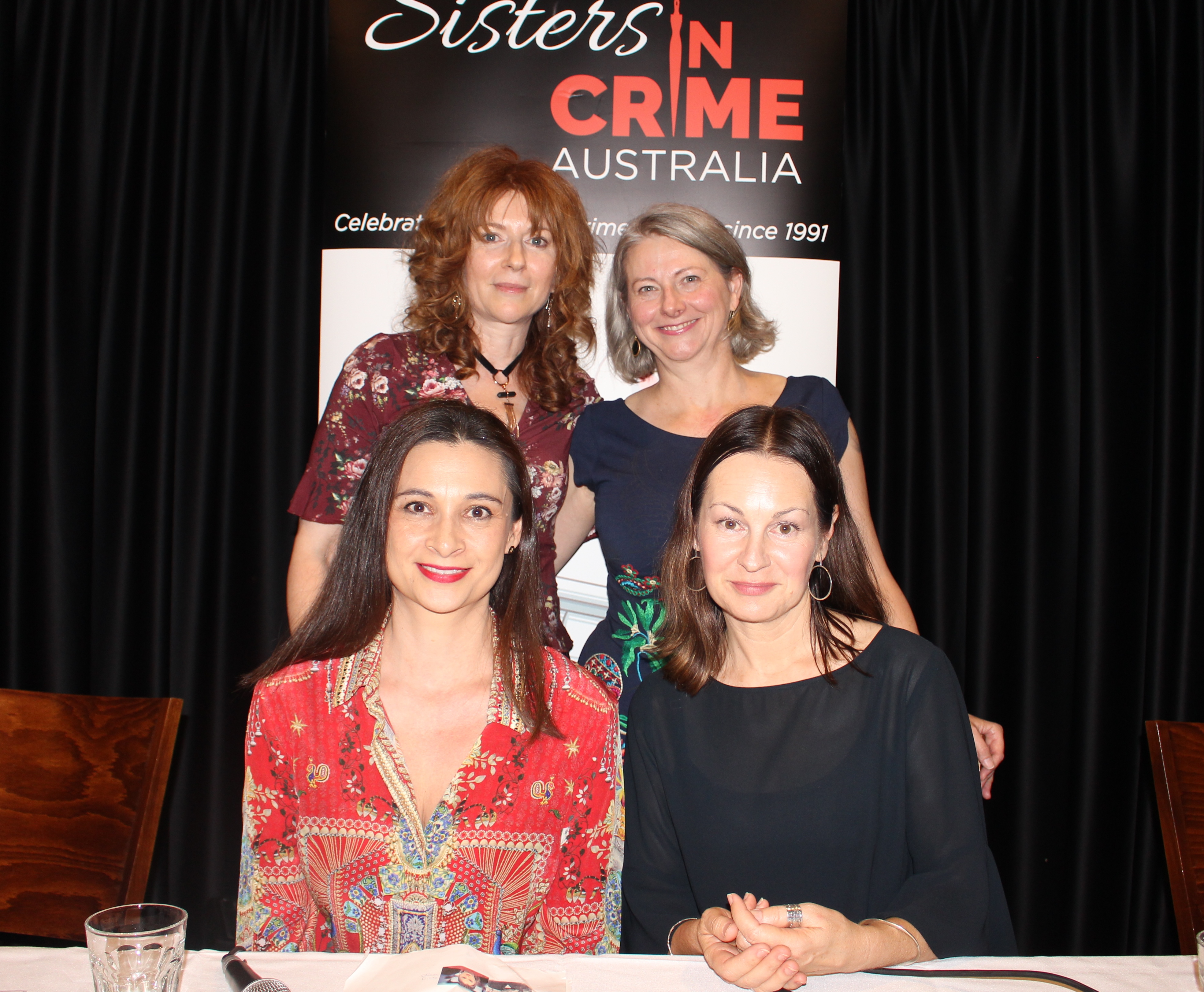 Some of the most interesting crime writing these days has an historical bent. A large and appreciative crowd packed South Melbourne’s Rising Sun Hotel to hear Toni Jordan, M J Tjia and Kirsten Alexander talk to Alison Goodman about why digging into the past provides such deadly themes and characters for crime writing. (Interestingly, all three panellists grew up in Brisbane or live there now.)

We asked all four authors to ruminate on the pleasures – and many perils – of setting their books in the past. 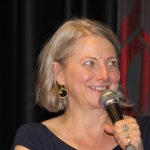 Brisbane-born Melbourne author, Toni Jordan has four novels under her belt, but The Fragments (Text Publishing) is her first foray onto crime. She says:

The first time I wrote historical fiction, I wasn’t fazed. (The bliss of ignorance.) I wrote it the same way I’d written my other books: by trying to understand the way different people see the world, and trying to feel compassion and understanding for the choices they make. When I finished the manuscript, I sent it to my publisher, as I usually did. The feedback I received, however, wasn’t what I wanted to hear.

At this point, I tried to look on the bright side. I had a decent story and good, strong characters. If I had done the required research at the beginning of my writing process, it might have taken much longer, and I might have been distracted by the fascinating process of dipping into history. As it stood, I knew exactly what I needed to find out. I made a list and worked through it, looking up only those things I needed. It took about 6 weeks.

Now I’m a convert to this process, and this is still how I write historical fiction. I think it’s more efficient, and I think the book is better in the end because I’m less tempted to shoehorn in some fascinating historical tidbit that I’d worked so hard to learn. I focus entirely on believability and not at all on accuracy. I’m still haunted, though, by the idea I might have made some shocking mistake. Suspension of disbelief in fiction is a tenuous web. The tiniest error might jerk the reader out of the story, and once you’ve lost the trust of a reader it’s near impossible to win it back. 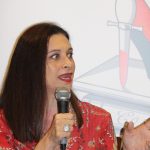 Brisbane author M J Tjia (otherwise known as Mirandi Riwoe) has written two novels set in 1860s’ London and featuring the courtesan sleuth, Heloise Chancey – She Be Damned and A Necessary Murder (both Pantera Press). Of Chinese-Indonesian heritage, Mirandi is determined to explore dimensions that novels or history might ignore or elide, such as racism and gender bias. She says:

I have found that one of the many attractions of writing neo-Victorian crime fiction lies in its capacity to explore the often missing dimensions of 19th century historical works—namely working-class women and the culturally diverse. In the case of my Heloise Chancey crime novels, I try to ‘re-imagine’ or ‘re-tell’ the lives of Eurasian women in London in the 1860s. As a successful courtesan, Heloise has attained a level of wealth and independence other working-class women could only dream of, but I have tried to be thoughtful as to how Heloise can also represent social and sexual restrictions placed upon young women, then and now.

By writing these excluded characters back into the story of Victorian London, I hope not just to give them voices and acknowledge the existence and experience of people like them, but also I want to shift negative representations that have grown out of mainstream narratives, such as the ‘sinister Oriental’. Fiction plays a large part in creating these negative perceptions and representations, and it can play an equally large part in shifting and remaking them. 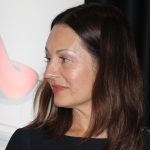 Kirsten Alexander was born in San Francisco, grew up in Brisbane and now lives in Melbourne. She has drawn on real events in Louisiana as the basis of her debut novel, Half Moon Lake (Bantam).

I’m a reader. I’ve been lucky enough to publish one book (and there is a strong element of luck to publishing, with odds bad enough that would-be novelists may want to consider becoming a poker player instead), but I’ve read thousands. So the joy in writing an historical novel was the chance it offered me to read widely and deeply before and during the writing process. My novel Half Moon Lake is set in Louisiana in the years 1913 to 1916.

That means I had excuse to read newspapers and journals from those years (thank you Internet), and novels published in and about those years, which included works by Jack London, Upton Sinclair, Edith Wharton, Willa Cather, P.G. Wodehouse. I told myself it was essential for me to reread the original Tarzan, Oz and Pollyanna stories (it was not) and to watch early Charlie Chaplin films. I looked up what people ate, wore and drove during those years. I listened to some of the music of the time. I educated myself about why America didn’t enter the First World War until 1917. I learned a lot, and enjoyed every minute of it.

The peril, of course, is that I misunderstood, misquoted, misrepresented. There are a lot of people who know more about this time and place that I do. And I’m sure at some point I’ll hear from them about my mistakes. Because after the bulk of the research is done, my attention turned to the people I’d summoned out of my imagination. I thought about what they might say and the choices they’d make.The facts of their world had soaked into my skin so I felt I could see and hear them as though they were real people and I’m sure I took liberties that won’t sit well with a bona fide historian. I wanted my characters to be able to argue without being strictly true to how men and women of their ranks might interact. I needed them to act in ways that would move the narrative forward.

Also, my jumping-off point was a true story. I used only the skeleton of that story but, again, that felt potentially perilous. I have no wish (or right) to steal another person’s true tale, and I hope I’ve acknowledged my source of inspiration fully.

There’s no question, though, that the joy outweighed the peril. I’m working on a manuscript now that’s set in 1970s’ Queensland and each day I face the same issues I did with Half Moon Lake, albeit in a different time and place. And each day I sit down excited by the chance to read, learn and craft a story worth sharing. 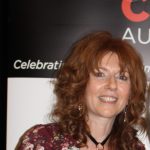 Compere Alison Goodman did a superlative job in talking to the three authors. Alison is the author of seven novels including her most recent release Lady Helen and the Dark Days Deceit, the final novel in her award-winning Regency supernatural trilogy, and EON and EONA, a New York Times bestselling fantasy duology.

When I developed the idea of the Lady Helen trilogy—in my cheekier moments I call it Pride and Prejudice meets Buffy, or Georgette Heyer goes demon hunting—I was determined to make the books historically accurate. I wanted to build a Regency world that felt authentic: a sensory journey through 1812. I figured that I was probably not the only modern reader out there who wanted to immerse herself in the Regency world and be delighted by details that she had never come across before. That meant research, and a lot of it.

In order to build up a solid understanding of the period, I read a multitude of history books, diaries, and most of the issues of The Times for 1812, the year in which the three books are set. I also studied magazines from the period such as La Belle Assemblée with their fashion reports set alongside reports of violent crimes, and articles for the improvement of the female mind. I watched excellent documentaries about the period by historians such as Lucy Worsely and Amanda Vickery, and–you may laugh– Antiques Roadshow and Bargain Hunt. Both became essential viewing for those occasional Regency snuff boxes or pieces of furniture and the expert discussion about them. Gems of information delivered in a bow tie.

I was also fortunate enough to visit the cities in which the three novels are set to get an idea of their geography and unique sights, smells and sounds: London, the setting of the first book, with the green expanse of Hyde Park and the remnants of the slum “rookeries”; Brighton for the second book with its serpentine Lanes and bathing boxes; and finally Bath with its famous Assembly Rooms and Royal Crescent. I walked the ground and imagined myself picking up the hem of my gown as I promenaded along the paths at Hyde Park, or smelling the distinctive wet-wood odour of the Brighton bathing boxes, or feeling the warmth of the Roman bath waters on my hand.

I had a ball researching the Regency era for the Lady Helen series. Delving into the past is one of the joys of writing historical fiction.  And now, for my next book, I get to start all over again with the Victorian era. All I can say is, Huzzah!