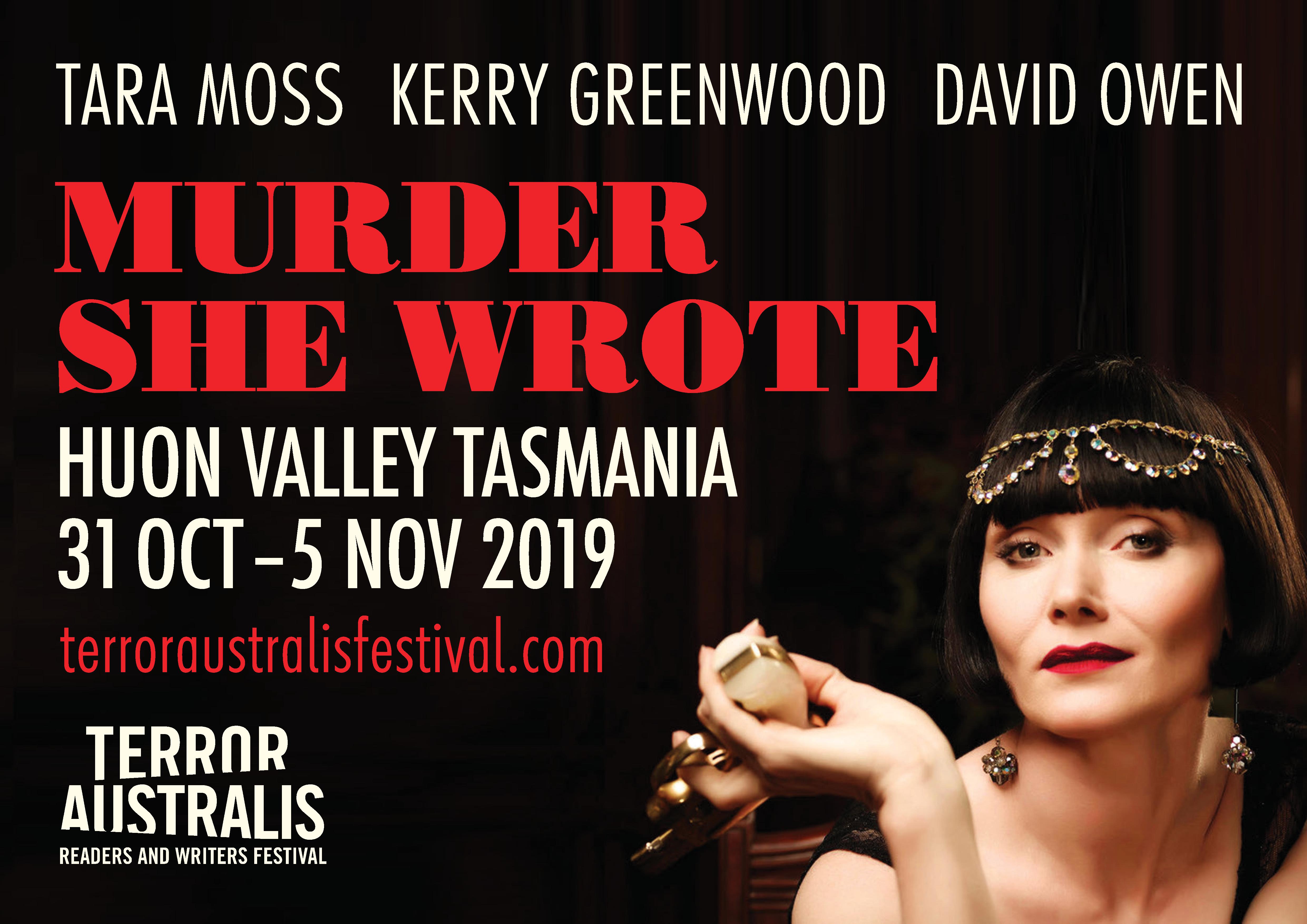 The Terror Australis Readers and Writers Festival (TAF2019) is Tasmania’s newest biennial literary festival and the first writers’ festival in the Huon Valley.

The festival’s theme, Murder She Wrote, is inspired by Agatha Christie, the Queen of the Golden Age of Detective Fiction. 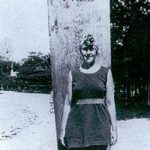 “Agatha Christie visited Tasmania in 1922, as part of her world tour, with a surfboard named Fred in tow (pictured left). She wrote in her autobiography that she wanted to return to live in Hobart: ‘Incredibly beautiful Hobart, with its deep blue sea and harbour, and its flowers, trees and shrubs. I planned to come back and live there one day.’ Christie may not have made it back, but she’s inspired hundreds of people to gather at Murder She Wrote this year in her honour,” Dr Owen said.

“Although Christie died in 1976 her literary legacy lives on. She’s outsold only by the Bible and Shakespeare and remains the best-selling novelist of all time. She had 66 detective novels and 14 short story collections under her belt, as well as the world’s longest-running play, The Mousetrap, still going 67 years later.

“Now, Christie’s work is hotter than ever. On ABC television in August is the series And Then There Were None and next year is the highly anticipated new film version of Death on the Nile.” (See post-script for more on the inspiration provided by Agatha Christie.)

Dr Owen designed the festival’s murder mystery party, Curse of the Sphinx – an immersive whodunit set on an archaeological site in 1920s’ Cairo – around Agatha Christie’s Death on the Nile.

Murder She Wrote will begin on Halloween this year and run for four days from Thursday 31 October to Sunday 3 November, followed by two days of a food and wine trail, the Trail of Writers’ Tears, on Monday 5 and Tuesday 6 November. 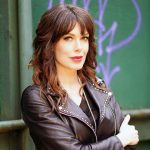 The virtual line-up includes Sulari Gentill, Emma Viskic, Robert Gott and Jock Serong who will be On the Run in USA at the time, becoming TAF2019’s Fugitive Correspondents from Bouchercon, the world mystery convention.

There are opportunities to Pitch to a Publisher.

A two-day après-fest, the Trail of Writers’ Tears on 5 and 6 November 2019, will afford festival goers a chance to stay and immerse themselves in the best the region has to offer. The Trail includes events with First Dog on the Moon and Matthew Evans, the Gourmet Farmer.

Dr Owen moved to Tasmania two years ago from Canberra.

“When I arrived, there wasn’t a literary festival in the south of the island. The Tasmanian Writers Festival had folded. More recently, the Hobart Writers Festival has been launched but, naturally, it is orientated toward Tasmanian writing. By contrast, TAF2019 looks mostly to the world outside,” she said.

“I was also exhilarated by the sheer beauty of the Huon Valley where there has never been a writers’ festival. I set myself the challenge of bringing people from everywhere to celebrate crime fiction in all its guises in a warm, friendly and physically stunning environment. The theme Murder She Wrote indicates that women’s crime writing features prominently in the program, but male writers whose work is female friendly are also given a voice.”

Jock Serong, for instance, was the inaugural winner last year of the British Staunch prize for writers of crime fiction “in which no woman is beaten, stalked, sexually exploited, raped or murdered”.

“I was shocked to discover that the functional literacy rate of the adult population in Tasmania is only 50 per cent, the lowest in Australia. One aim of TAF2019 is to inspire a greater love of reading in the local community by helping people connect with that ‘gateway’ book that grips them with a need to find out what happens at the end,” Dr Owen said.

“Crime fiction is ideal as it has ripping plots, lots of thrills and often deals with cutting-edge issues. It’s no coincidence that crime fiction is the most popular genre on the planet.”

A large team of fantastic volunteer organisers, production crew and librarians are helping to organise the festival, with some room remaining for additional volunteers over the festival weekend itself.

More on the inspiration provided by Agatha Christie

Dr Owen, an archaeologist and librarian with a PhD in palaeogenetics, was also inspired by Christie’s passion for archaeology. Christie’s second husband was a young archaeologist Max Mallowan,13 years her junior, and she often accompanied him on his expeditions to the Middle East, using her own face cream to stop his artefacts from drying out.

She began writing the Dr Pimms series to explore the neglected women’s stories she discovered between the cracks of popular archaeology, and was delighted to take Christie’s advice when developing her first novel.

“I started reading Christie in my twenties and then when I was embarking on my first crime novel, I listened to a CD of Christie’s advice to writers again and again as I drove to and from work in Canberra,” Dr Owen said.

“Christie had such brilliant tips. She regretted how she had designed her two key characters Hercule Poirot and Miss Marple. She concluded she should have made them younger and more flawed. I took this on board when it came to creating my own archaeological sleuth, Dr Elizabeth Pimms, making her younger with lots of room for growth.

“Christie had unique ways of tricking the reader. She was the mistress of the red herring and the literary sleight of hand. With The Murder of Roger Ackroyd, she single-handedly invented the unreliable narrator, now a mainstay of crime fiction.”

Books+Publishing describes the Tasmanian-set novel as “Australian rural crime at its most atmospheric… compulsive reading”, while last year’s Ned Kelly Award winner Sulari Gentill describes The Great Divide as “chilling, masterful… works its way into your bones and lingers long after the book is closed”.

“While I’ve learned from many writers over the years, Christie’s intricate plots, often disturbing characters and her determination to entertain have been my greatest inspiration,” Dr Owen said.

“I owe much to the creativity, longevity and sheer force of will Christie embodied. I hope she would view our new Tasmanian literary festival as a fitting tribute.”