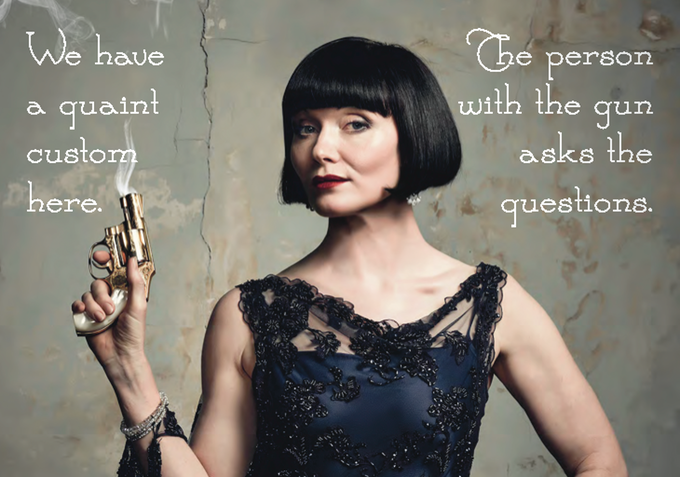 The feature film  will build on the successful Miss Fisher Murder Mysteries television series. Every Cloud  has turned to a  Kickstarter campaign to raise a portion of the production budget for the film.

Set in the late 1920s, Miss Fisher & the Crypt of Tears honors the heightened exoticisms of the murder mystery genre as the Honourable Miss Phryne Fisher, lady detective, escapes the small screen and takes off on a global adventure – via romantic wayside stops in the Far East, glamorous sojourns in the mansions of London, and a battle to survive the rolling sands of the Arabian Desert long enough to find the missing treasure, solve numerous murders and break all aviation records as she wings her way home again!