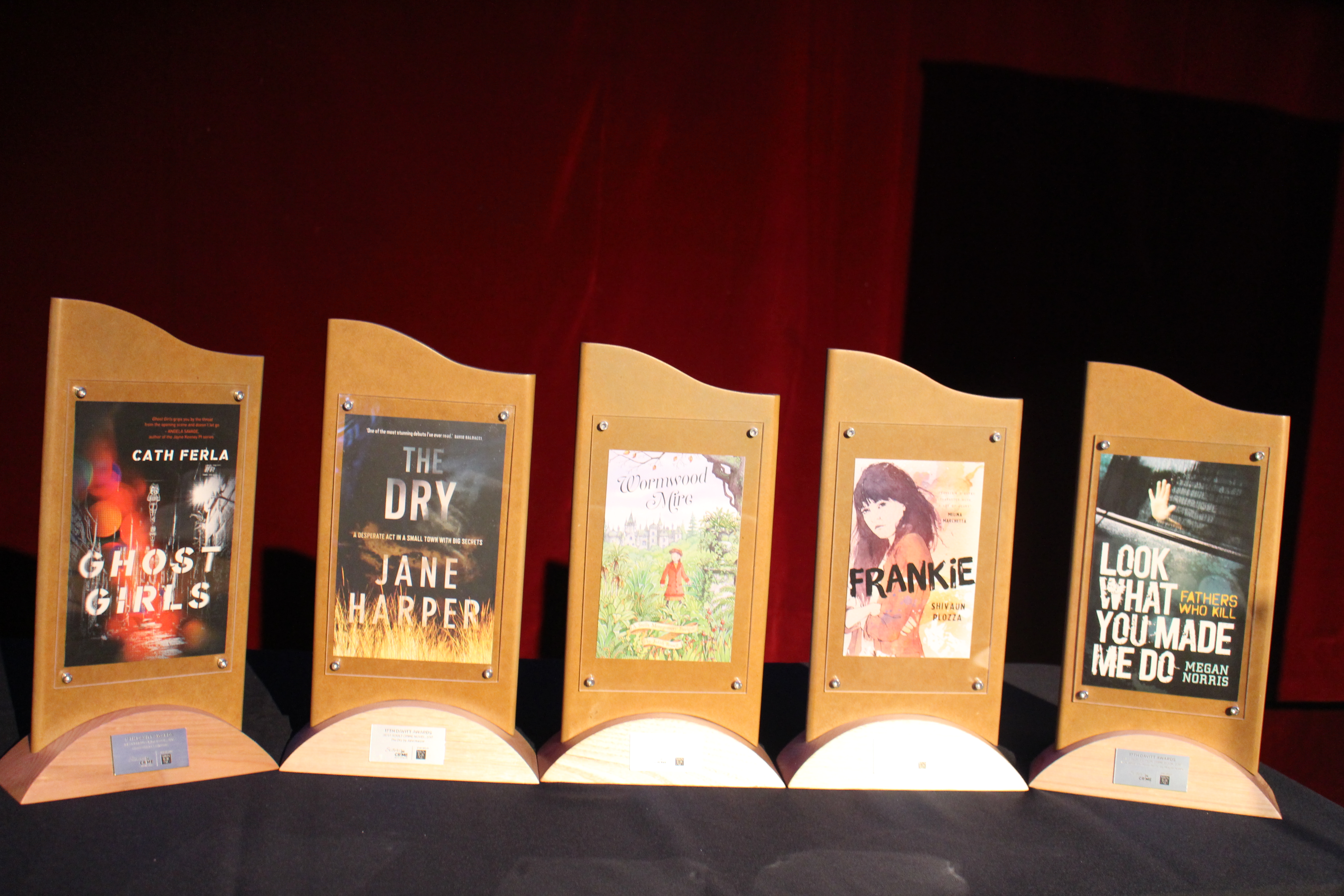 Sisters in Crime Australia’s 20th Davitt Awards for the best crime and mystery books by Australian women are now open. Publishers have until Thursday 30 April to enter. Self-published books are eligible. Books co-authored or edited by men are not.

“Twenty years ago, Australian women’s crime writing got short shrift. Like many women’s achievements, crime books were too often unknown, unrecognised, and unappreciated. The Davitt Awards have shone a light on what has become an explosion of creativity.

“Back in 2001 when the awards were first presented at SheKilda, Sisters in Crime’s 10th anniversary convention, there were only seven books in contention, although initially the awards did not extend to true crime and non-fiction. Last year 127 books competed. It’s not a stretch to say that Sisters in Crime can claim a little bit of the credit for Australian women’s crime writing going gangbusters.”

“Kerry Greenwood, Liane Moriarty, Candice Fox, Jane Harper, Sulari Gentill and Emma Viskic, to name just a few, have readers in every continent, their books win major awards and they are increasingly being translated to the screen. Fans of Phryne have come from as far away as Finland and the USA for the premiere of Miss Fisher & the Crypt of Tears, inspired by Kerry Greenwood’s 20 Phryne Fisher novels,” Meaney said.

This year there are already 88 books listed, including 63 adult novels and an impressive 18 non-fiction books.

“What’s even more notable is that the writing itself keeps on getting better and better,” Meaney said. “Last year three Davitt winners went on to make a killing at the Ned Kelly crime-writing awards six days later. This was the first time that women took out all three prizes,” she said.

Jane Harper, whose first novel, The Dry, was an international bestseller, won the best fiction prize for her third, The Lost Man. (A film of The Dry will screen in August.) Dervla McTiernan, who the Davitt Award for her first novel, The Ruin, won the Ned Kelly first fiction prize for the same book. Bri Lee followed up her Davitt and ABIA awards with Eggshell Skull by winning the Ned Kelly true crime award.

The Davitts are named after Ellen Davitt, the author of Australia’s first mystery novel, Force and Fraud, in 1865. They cost publishers nothing to enter. A long list will be published in May, a shortlist in July.

Sisters in Crime Australia was set up 29 years ago and has chapters in Queensland, New South Wales, Victoria, South Australia and Western Australia. It also hosts a popular annual short-story competition, the Scarlet Stiletto Awards which turns 27 this year.

To enter the Davitts, publishers should contact Carmel Shute, Sisters in Crime, National Co-convenor asap on admin@sistersincrime.org.au and get books to the judges before 30 April. Enquiries: 0412 569 356