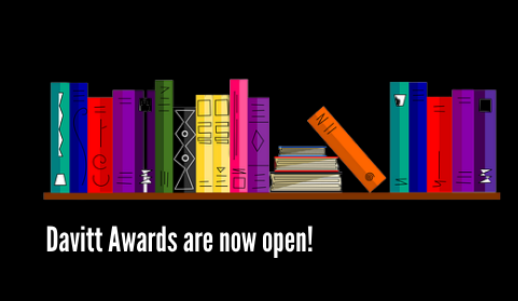 Sisters in Crime Australia’s 22nd Davitt Awards for the best crime and mystery books by Australian women from 2021 are now open. Publishers have until Friday 6 May 2022 to enter. Self-published books are eligible. Books co-authored or edited by men or including chapters by men are not.

This year the Davitts are again supported by Swinburne University of Technology.

“Nearly 160 books are already in contention, including 120 adult novels. The number – and, more importantly, the quality – confirm that we are in a golden age for Australian crime writing. It’s a far cry from the seven books nominated for the inaugural Davitt Awards back in 2000,” she said.

“Over 60 books are debuts in the crime and mystery genre. More and more women are turning to crime which is surging in popularity on the page and screen and allows authors to explore an amazing variety of issues – the environment (Charlotte McConaghy, Once There Were Wolves), religion (Erina Redden, The Serpent’s Skin; Lisa Emanuel, The Covered Wife), and crime families (Loraine Peck, The Second Son). So many debut books are incredibly polished – for instance, Before You Knew My Name (Jacqueline Bublitz), Girl, 11 (Amy Suiter Clarke), and, I Shot the Devil (Ruth McIver), to name but a few.”

Horsley said that women taking justice into their own hands is an emerging theme, as evident by Debra Oswald’s The Family Doctor and Sarah Barrie’s Unforgiven.

“Others such as Pamela Hart (Digging up Dirt) and Kellie McCourt (Heiress on Fire), adopt a humorous approach. Non-fiction crime is particularly strong this year,” she said.

“Overall, the books, which often feature women kick-arse heroes, find a large and enthusiastic audience, particularly amongst women – and women, of course, make up the majority of book buyers and book club members. The crime books on the list are also notable for their striking evocations of place and time. They transport us from the heat of Singapore, Perth, and Cairns, and the iciness of the Australian Alps to a variety of locations in contemporary (and sometimes historic) North America, France, and the UK.”

Horsley said that women’s crime books were increasingly recognised in other awards.

“Black and Blue: A memoir of racism and resilience by Veronica Gorrie won this year’s Victorian Prize for Literature as well as the Prize for Indigenous Writing. Leanne Hall has just won the 2022 Adelaide Festival Awards for Literature Young Adult Award for The Gaps,” she said.

“Australian women’s crime books are increasingly making it to the screen. Troppo, the eight-part TV series based on Candice Fox’s novel, Crimson Lake, is currently screening on ABC TV. The OA and Big Love writer Melanie Marnich is penning the screen adaptation for Apples Never Fall by Liane Moriarty whose previous two novels have been translated into television programs.”

The Davitts are named after Ellen Davitt, the author of Australia’s first mystery novel, Force and Fraud, in 1865. They cost publishers nothing to enter. A longlist will be published in May, a shortlist in July.

To enter the Davitts, publishers should contact Carmel Shute, Sisters in Crime, National Co-convenor asap on admin@sistersincrime.org.au and get books to the judges before Friday 6 May. Enquiries: 0412 569 356