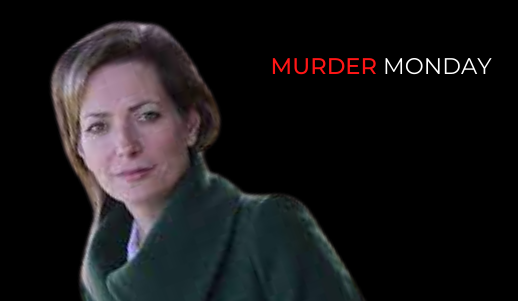 UK author Sarah Vaughan is a journalist who has longed to write fiction and has published an impressive five novels since 2014. She talked about her prize-winning career and the tricks of the trade with Sisters in Crime member and author, Karina Kilmore, for March’s Murder Monday. (Click below to view.)

Sarah didn’t turn to crime until her third novel, Anatomy of a Scandal, a part courtroom drama, part portrait of a marriage, part psychological thriller, which drew on her experience as a political correspondent, court reporter, and as a student at Oxford. It spent ten weeks in the Sunday Times bestsellers’ lists and been translated into 23 languages.

And it has made the transition to the screen. Six episodes of the TV show, created by David E Kelley and Melissa James Gibson, will start streaming on Netflix on 15 April. That should attract a whole new audience for her books, including here in Australia.

Sarah’s fourth novel, Little Disasters was a Waterstone’s thriller of the month, has been published in various countries, and is currently being adapted for TV. Her fifth novel, Reputation, which was out on 3 March with Simon & Schuster, has also been optioned. More info about Sarah Vaughan here.

Murder Monday interviews are available on Sisters in Crime’s YouTube channel at 6 pm once a month on a Monday. Click here to view them all.