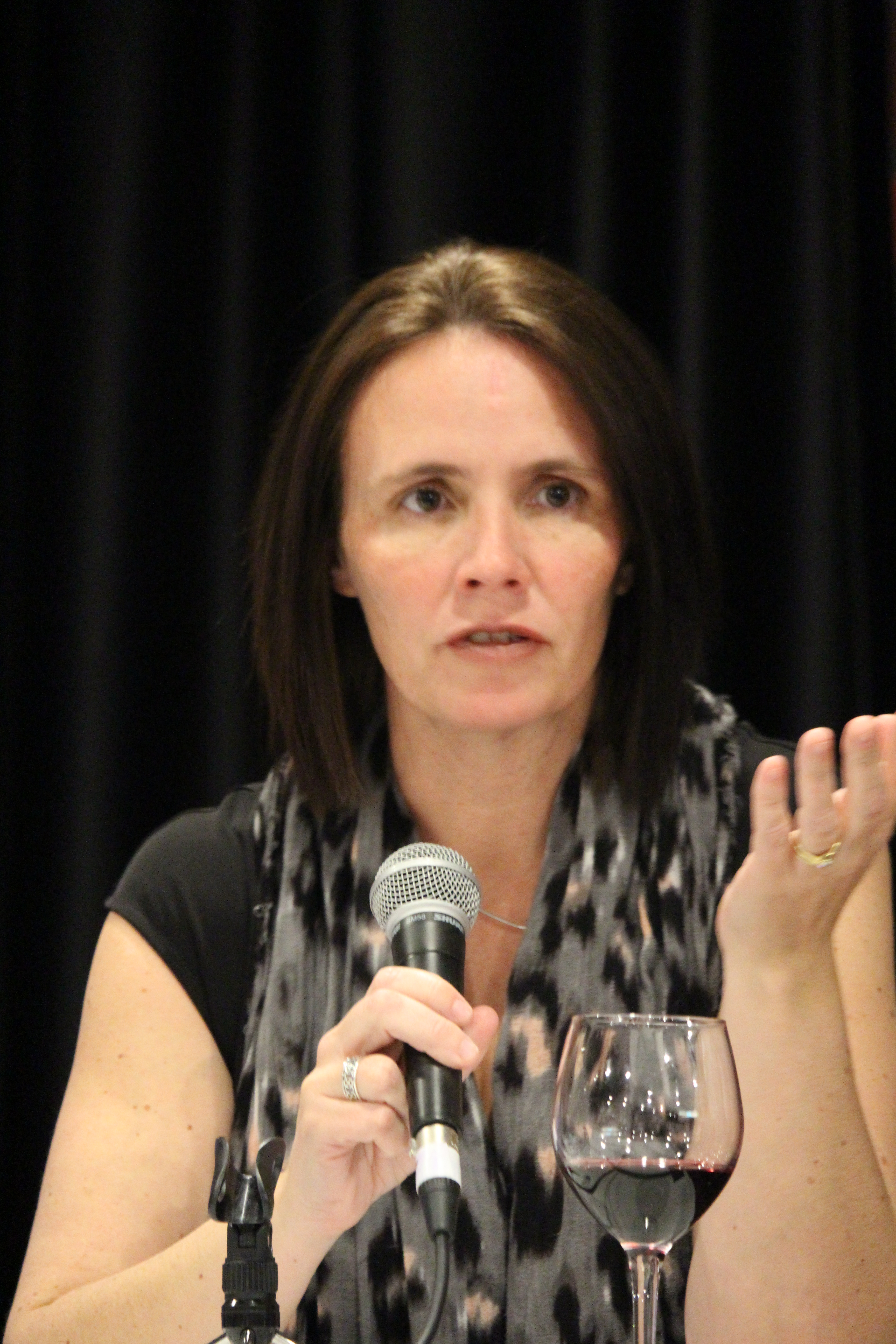 Robyn Walton. Sisters in Crime’s Vice-President, spoke to Perth author Leigh Straw about her latest book, Lillian Armfield: How Australia’s First Female Detective took on Tilly Devine and the Razor Gangs and Changed the Face of the Force (Hachette, 2018)

Hi, Leigh. Most Australians would not be able to name this country’s first woman police detective. Does this history matter?

This history matters because it speaks to the gaps in what we know about women’s history, particularly in Australia, and is a current story too, as women continue to speak up and make their mark. Lillian’s story presents a powerful example of the many ways in which women have had to negotiate professional spaces and the institutionalised sexism within them to make a difference for younger generations of women.

In 1915 the NSW government advertised two Special Constable positions in the newly formed Women’s Police. ‘Australia’s first policewomen were also the first appointed in the Commonwealth,’ you tell us. What was the NSW government wanting to achieve?

The appointments came after pressure from women’s groups and activists who wanted women and girls to feel safer on the streets and be able to talk to female officers about issues that were particularly sensitive. The NSW government recognised the merit in this and was keen to see what the actual, work-related benefits would be to introduction the Women’s Police.

Who was the woman recruited alongside Lillian and how did her career go?

Lillian Armfield was recruited alongside Maude Rhodes. Maude was the first female officer appointed, going by her police number. However, Lillian was the ‘superior officer’. Initially, they worked well together but, while the specifics are not known, there was a disagreement late in 1919 over a case. Maude resigned shortly after. As time would tell, and other female officers would recall, Lillian could be a tough boss and expected a great deal from her officers. She set a high standard and was devoted to the job  ̶  ‘married’ to it, as one of her colleagues said – and this may have put too much pressure on Maude. After leaving the police, Maude Rhodes went back to her work at the Child Relief Department and ran as a council candidate in 1937. 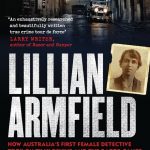 When US novelist Amy Stewart was a guest of Sisters in Crime Australia, we learned about Deputy Sheriff Constance Kopp, one of the first American women in law enforcement. Can you tell us a little more about how and when women joined police and other law and order forces outside Australia?

I am a huge fan of Amy’s work and had the pleasure of meeting her last year. Britain and the United States led the way in introducing women into policing roles and it was to them that Australia looked for examples of women working as police officers. Women began assisting with police work in the US from the 1890s and in 1910 Alice Stebbins Wells was the first police officer given powers of arrest. The Women’s Police Service was founded in Britain in 1914 and Australia followed suit shortly after.

At the time Lillian began work, there was a lot of fear that runaway girls would be lured into sex work or even ‘white slavery’. What was that about?

There were concerns from the late nineteenth century and into the early twentieth century that urban vices were corrupting young women. One of the most prominent fears was runaway girls would be lured into prostitution and then sold into a further form of sexual slavery. ‘White slavery’ related to this and was based around tensions over non-white immigration at the time and moral corruption through vice in the city.

‘Backyard abortionists’ were another source of risk for young women. Could Lillian do anything about this?

What Lillian tried to do was ensure that she and her female officers were a visible presence on the streets and looking out for any young women in danger. She talked to locals and familiarised herself with the houses known to conduct ‘backyard abortions’. Unfortunately, all too often Lillian found herself sitting beside a hospital bed, holding the hand of a young women who had suffered horrific wounds from the abortion. Too much of it was hidden away in secret, with young women feeling ashamed at their actions. Lillian tried to offer understanding.

In the case of young Indigenous runaways, Lillian was not authorised to return them to their families. Why?

These days we occasionally hear about exploitation by fortune-tellers and clairvoyants. You devote a whole chapter to Lillian’s struggles against fraudulent fortune-tellers. It was a big problem?

Lillian and other police officers viewed it as a serious problem at the time. Female police officers attributed a number of suicides to young women feeling distraught after seeing a fortune-teller or clairvoyant. Police actions against the fortune-tellers were very much a part of their time. While we generally take a more positive view of fortune-telling and clairvoyance today through greater social acceptance, in the first decades of the twentieth century, police officers like Lillian Armfield viewed these professions as fraudulent and duping money out of people. Lillian was also annoyed by the number of times, when working undercover, she was told she would meet the love of her life and marry him soon after.

Lillian won recognition for her work alongside male colleagues in the case of a police constable murdered in Centennial Park. This was a significant point in the history of policing by women?

It was a significant moment for Lillian Armfield gaining more respect within the police force. She assisted on this case in a greater manner than she had done before, where previously she had mainly investigated cases relating to girls and young women. This was a homicide investigation, and Lillian was brought in to assist with disguises and mapping the movements of the main suspect.

‘Cocaine was the drug of choice in Sydney after World War 1.’ To what extent did dealings in illicit drugs attract Lillian’s attention?

Lillian witnessed firsthand the devastating effects of cocaine on the lives of young men and women around Sydney’s inner-city streets. She saw how, in some cases, cocaine could lead young women into prostitution. It was her duty as a member of the Women’s Police to prevent this. Her main interest was ensuring that key drug dealers – namely Kate Leigh and Tilly Devine – were prosecuted and their business in cocaine crippled by time away behind bars.

‘Razor gangs’: why and when did use of cut-throat razors in crime become a thing?

It became prominent from 1927 with the introduction of the NSW Pistol Licensing Act, which outlawed the use of guns. Gun violence had become a problem in Sydney’s gangs before then and the police and NSW government thought outlawing guns would curb such violence. It didn’t. Instead, the gangs armed themselves with razors, which could be concealed in clothing and would inflict horrific wounds.

Lillian survived 35 years of active service. She would have had to resign if she had married. You point out that she retired in 1949 without superannuation and was not eligible for a police pension. Lillian was praised by the government, yet the official system didn’t cater well for working and retired women?

Yes, this was one of the things that most troubled Lillian’s family. She received such wonderful community recognition and her fellow officers – male and female – showed deep respect for her on the job. She lived through difficult years for women professionally in Australia and her last years were incredibly difficult financially. She lived with one of her sisters in her later years because of the lack of pension and superannuation. Work conditions did not start to really improve for women until the 1970s, and even in the 1980s the conditions for women in the police force were still incredibly difficult in terms of maternity leave.

Next up (and due out in May this year) is my true crime biography of the magnificently notorious Dulcie Markham. She was one of the young sex workers who didn’t want to be reformed by Lillian. Her story of sex work, drugs and organised crime stretches across Brisbane, Sydney and Melbourne and she even pops up briefly in Perth in the 1940s. Dulcie is a deeply fascinating female character because she is complex, fascinating and shows us what it was like to work inside organised crime and navigate the various underworld relationships and rivalries. She was sensationally called the ‘Angel of Death’ because of her many lovers who were murdered.

Thanks for your responses, Leigh.