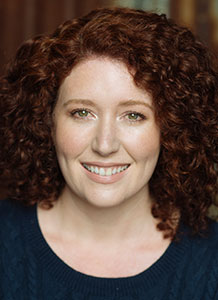 Now Jane Harper has become the third Australian after Peter Temple and Michael Robotham to win the British Crime Writers’ Association Gold Dagger award for the best crime novel of the year.

Harper won for her first novel, The Dry, which was published in Australia in 2016, having the year before won the Victorian Premier’s award for an unpublished manuscript. It was named book of the year in the Australian book industry awards in May and has been published in more than 20 countries. When reviewed in The New York Times, Janet Maslin described The Dry as a “breathless page-turner”, while Laura Wilson in Britain’s Guardian said it had “a sense of place so vivid that you can almost feel the blistering heat”.

Harper, who lives in St Kilda, said it was exciting to be recognised by the CWA and not something she expected. “It is the big one. I remember when Michael Robotham won thinking how amazing it was for him and how well-deserved.” She said the book had exceeded her expectations again and again.

The Dry is set in a small farming town where a man has killed his family and himself. When detective Aaron Falk returns to the community for the funeral of his old friend he eventually realises things are not quite what they seem.

Harper’s attention in the past few weeks has been on promoting her second Aaron Falk book, Force of Nature, which was published in September. It will be published in Britain and the US in February.

The Dry has been optioned for the screen by Reese Witherspoon and Bruna Papandrea’s production company, with Harry Cripps writing the script. At the recent Emmy awards ceremony, Papandrea said filming could start as early as next year.

Meanwhile, Harper said her third book “was at the planning stage”.