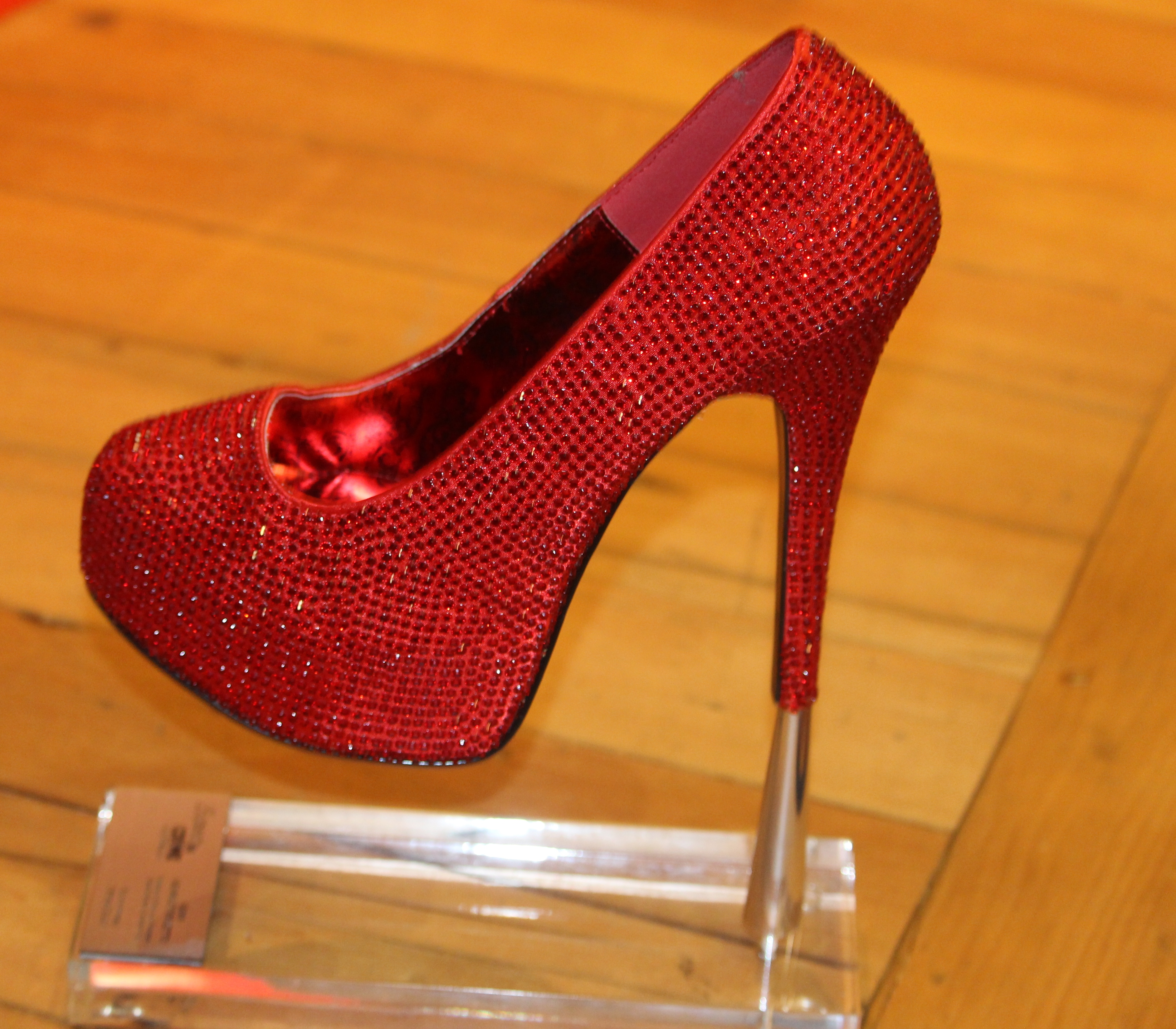 Sisters in Crime Australia is proud to announce that 27 stories by 25 authors have been shortlisted for its 27th Scarlet Stiletto Awards for best short stories. This year a record 241 stories short stories written by Australian women compete for a record $10,460 in prize money.

All authors receive a framed certificate and, if lucky, they also win one of the 15 prizes on offer. The first-prize winner also scores a spectacular scarlet stiletto trophy.

Jane Clifton, the showbusiness all-rounder and crime writer (and Sisters in Crime member) will again compere the event. Due the pandemic, the event will be online: at 8pm Saturday 28 November on YouTube and/or join the Facebook Watch Party at the same time where people can get together to enjoy the event.

Before the awards are presented, Jane will be in conversation with a mystery presenter. All available shortlisted authors will appear on screen.

“The pandemic has had a few silver linings – a lot of aspiring authors finally had time to write that story that’s been whirling around in their brain. And, the miracle of Zoom has done away with the tyranny of distance when it comes to participating in the ceremony. Living in Western Australia no longer means missing out or spending a small fortune on an airfare,” she said.

“The shortlist includes several ‘serial offenders’ such as Judith Bridge, Natalie Conyer, Caroline de Costa, Jane Lee, Ann Penhallurick, Cheryl Rogers, Fiona Ross and Ellen Vickerman. The youngest shortlisted author is 15 and there at least two (as far as we know) is in their seventies. Crime writing is a passion which knows no geographical boundaries, no age limit, and no class, ethnic or occupational barriers,” she said.

“The pandemic, of course, gets quite a few references in the stories, some in passing, some at the centre of the mystery. Otherwise, the most noticeable theme this year was the delight taken in retribution.

“In times past, the most common theme involved middle-aged women who suddenly snapped and killed their husbands for not particularly compelling reasons. The husband left his empty coffee mug on the kitchen bench again instead of the dishwasher, and suddenly she was out in the backyard picking oleander leaves for a poison stew or digging a grave in the tomato patch.

“Now, thanks to the Writers Victoria Crime and Punishment Award, the urge for retribution has been channelled in quite compelling ways. In one story, a wife puts capsaicinoids (hot pepper compounds) in her errant husband’s condom. In another, an abused wife pours whiskey onto her husband’s genitals and lets his trained dog go for it!”

Members and supporters who would like to support Sisters in Crime and the work it does for Australian women crime writers can do so by purchasing a $10 ticket for the Scarlet Stiletto Award night. Three lucky ticket holders will win a $300 pack of crime books, kindly donated by the publishers. Unfortunately, this bonus is restricted to Australian residents – international postage is just too expensive! Details to come.