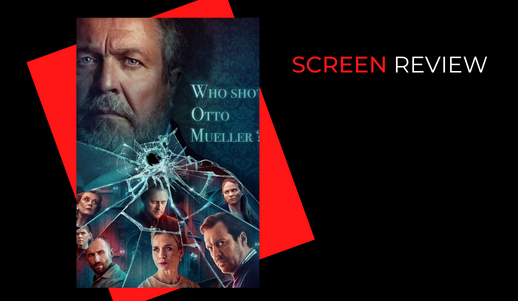 This Estonian series has the classic crime tropes, think Agatha Christie meets Death in Paradise, with the added element of Alan Bennett’s Talking Heads. The Talking Heads technique requires compelling writing and acting. This series has both.

The writer, Birk Roheland, is new to me. She is a writer of young adult fiction and a very successful Estonian TV series, The Pillowclub.  In this series, she is dealing with adult themes (as the content warnings used to read).

No one is sorry Otto Muller is dead, including the viewer. As played by Jann Rekkor, you feel a visceral loathing of him. We learn further horrors about his behaviour from the suspects. He was respected for being a successful athlete, a hard man and a man who made money. His abuse of that respect is central to his death.

The suspects are interrogated by the police using open questions: ‘what happened next?’ It allows them to expand on their relationship with Otto Muller and with each other. The actions of the others are seen in a different light with each retelling. All eight suspects have a motive to kill Otto Muller but opportunities emerge and disappear.

The house where Otto Muller lived with his family is almost another character. It is a stately country mansion with its own history. For some, the house was a magical place, for others a prison. It is a symbol of Otto Muller’s success and an influence on the young women determined to rise above poverty.

The two detectives investigating the shifting motives are curious characters, you are as unsure about them as about the suspects.

Watch to the very end for an unexpected twist.