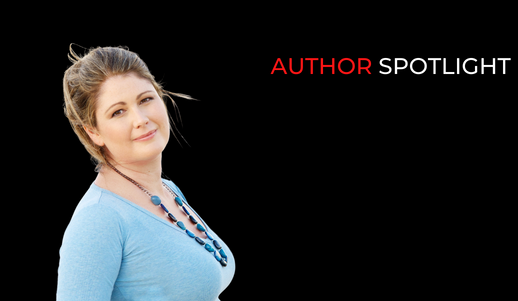 Domestic noir reigns! Brisbane writer, Kylie Kaden, talked to Maggie Baron about her latest novel, One of Us (out with Pantera Press in May), and the terrible secrets and bad (sometimes murderous) behaviour that can lurk within gated communities.

Hello Kylie, I’m here to shine a light on One of Us, your fourth novel, which covers themes of coercive control, parenting in the digital age, the power of social media, and the division of labour in relationships.

Thank you so much for having me, Sisters! 😊

Based in a neatly manicured gated community, the reader is taken into the complex lives of your two main characters; Rachel and Gertie. When we meet them, we are invited into their seemingly perfect lives, but they both harbour family secrets, and things are anything but flawless.

What drew you to the setting of a gated community to tell this story and how did that set up the plotlines for the telling of this tale?

Plot-wise, the seemingly tight security of the elite estate in One of Us, ensured a closed circle of suspects, while the interwoven lives allowed a lot of red herrings. There are also a lot of men behaving badly. So, when one of the husbands is attacked behind the walls built to keep them safe, neighbours recognised the culprit had to be ‘one of them’. What better setting from which to rip a gaping hole in the Insta-worthy lives of a bunch of privacy-loving people than a claustrophobic village patrolled by drones?

In the same way, a locked drawer piques my interest in what the owner’s hiding, I’m curious about what sort of funny business plays out in these closed-off estates. What seedy habits warrant such high security? Why are the buildings so disturbingly identical? My theory is that the pristine gardens and fancy names are smoke and mirrors for fat, messy secrets.

You have several key characters, in addition to Rachel and Gertie, and use their points of view to help reveal the multi-faceted storylines of their extended families, neighbours, and school community.

How did you tackle the structure of the storytelling? Did the story reveal itself as you typed, or did you set out the plot, then build the novel?

In writing, as in life, you will generally find me winging it; starting with a basic idea, going with my gut, and re-evaluating as I go.

One of Us became a very different book from what I’d pictured, cutting half of the original six points-of-view, flipping tense and perspective, repositioning twists and turns to reach that delicate balance between fast-paced and delving deep into characters’ inner worlds.

This one was probably overwritten before distilling it down to the cornerstone themes, which was an educational but inefficient process –I generally put characters through the wringer, push them back into shape, and only then do I discover the themes or messages I want to explore. I’m discovering that planning scenes is less time-consuming, so I have succumbed to the practicalities of plotting with the latest manuscript. Boo, hiss.

One of your characters is in a coercive controlling marriage and the husband’s behaviour impacts other family members, friends, and neighbours. In recent times there has been a shift in society to call out this abuse, rather than perpetuate the stereotypes around ‘domestic violence’, mind much more needs to be done. How did you tackle the storytelling to ensure your novel deals with this scenario in a respectful way and doesn’t sensationalise the behaviour?

Crime fiction holds a mirror up to society, and the best stories reflect the anxieties of the time. The most dangerous place for a woman to be is at home with her partner, and yet the media are often guilty of keeping this fact quiet or sensationalising certain instances of partner abuse as clickbait. I’d hate to be part of that.

My books aren’t graphic, have shade and lightness, and end on a life-affirming note – but they do touch on uncomfortable themes. I am very conscious of avoiding salacious scenes or triggering content by focusing on the psychological aspects and intergenerational impacts of gender-based violence. I hope depicting the reality and prevalence of family-based violence in fiction might slowly help dissolve the shame or blame survivors often feel. Hopefully dragging these issues (and the social context that breeds them) out of the shadows into books, films, and conversations, will help women feel less alone in the world, shift attitudes and empower us all to be part of the change.

I’m delighted to announce Pantera will publish After August, another ‘domestic noir’, in 2023.

It follows the road trip of a teacher who finds herself in charge of a deaf six-year-old obsessed with death when the boy’s father (August, who she may or may not be falling for) splits town without explanation. They follow a trail to find the truth. The first stop on their journey to find him uncovers a ditch the size and shape of a coffin. The closer the young woman gets to August’s secrets, the more she fears she should turn on her heels and run …