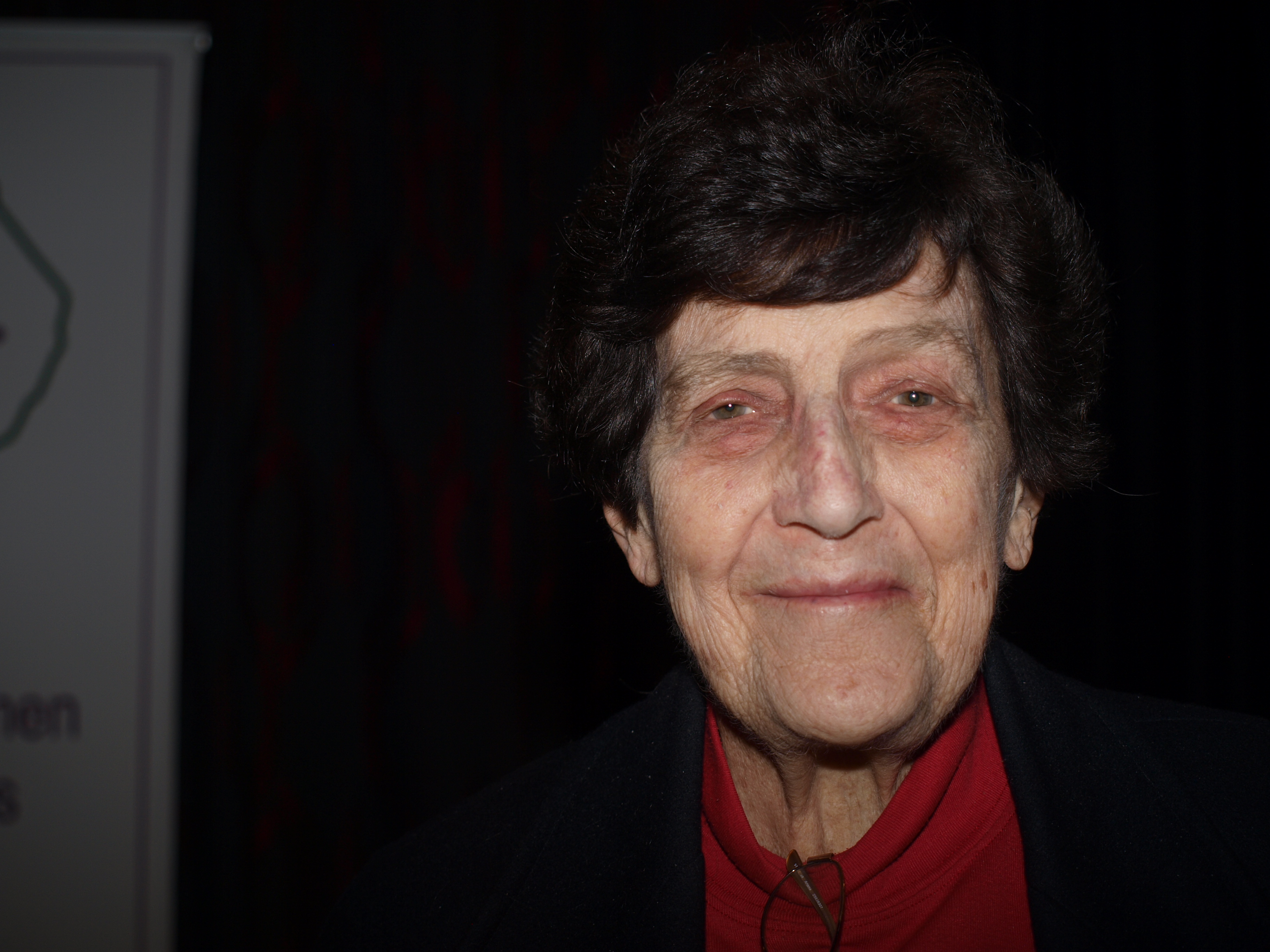 Sisters in Crime mourns the death of  poet  and member, Judith Rodriguez, on 22 November at the age of 82. Judith was a fixture at Melbourne events over the past few years and was usually accompanied by her daughters Bec and Sibila, and, if she was down from Sydney, Zoë. Her warmth, wit and perspicacity attracted many admirers. She made a lot of friends. Zoë wrote last week: “She told me many times that Sisters in Crime was the most fun of all the writers’ groups she’d belonged to – she belonged to many.”

Judith did a reading from her book, The Hanging of Minnie Thwaites (Arcade Publications, 2011) at Death in July, the women’s crime festival organised by Sisters in Crime and Ballarat Writers Inc in 2014. Inspired by the real-life hanging of a 19th-century baby-farmer, the story is told in a combination of traditional ballad form, lyrics and narrative non- fiction. 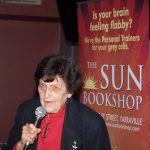 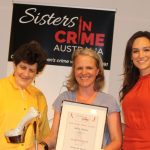 At SheKilda 3, Sisters in Crime’s 25th anniversary convention, she did us the honour of presenting the Silver Stiletto trophy (pictured here with the winner Jacqui Horwood and Nicole da Silva ).

Judith published numerous volumes of poetry, some illustrated by her own woodcuts, edited an anthology and the collected poems of Jennifer Rankin. From 1979 to 1982, she was poetry editor of the literary journal Meanjin, and from 1988 to 1997 she was a poetry editor with the publisher Penguin Australia. The play Poor Johanna, co-written with Robyn Archer, was produced in 1994 and her libretto for Moya Henderson‘s opera Lindy, about the Azaria Chamberlain case, was performed at the Sydney Opera House in 2002. She was a recipient of the Christopher Brennan Award and taught at La Trobe University (1969–1985) and Deakin University (1998–2003).

In 1994 Judith was made a Member of the Order of Australia, for services to literature. She was a leading member of PEN Melbourne, the writers’ rights organisation, for decades.

At the last Sisters in Crime event she attended, she presented a copy of her latest book of poetry, The Feather Boy & Other Poems (Puncher & Wattman, 2018) to convenor Carmel Shute. She noted in her inscription, “Yes, there is a bit of crime here”.

The Hub on Books on RN made a short tribute to Judith on 27 November, including a short excerpt of her reading her work: https://www.abc.net.au/radionational/programs/the-hub-on-books/arts-news:-27-november/10555128 (Coincidentally, the rest of the news item concerns Heather Rose who won the Davitt (Best Adult Novel) in 2006.)

Judith’s life will be celebrated on the day of her birthday next year – 13 February (details to come).

She is survived by her four children: Sibila, Ensor, Rebeca, and Zoë Rodríguez and her second husband, Tom Shapcott, whom she married in 1982.