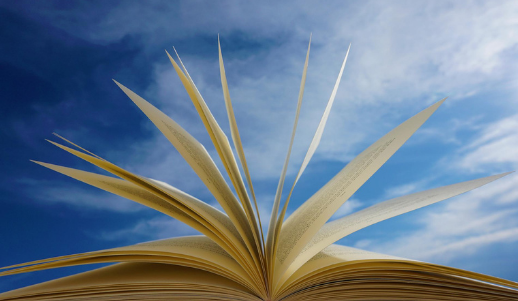 A list of the books in contention is here.

An astonishing 169 books are competing in Sisters in Crime’s 22nd Davitt Awards for the best crime and mystery books – far in excess of the record 127 in the running last year and in 2019.

Judging coordinator, Dr Philomena Horsley, said that the six Davitt judges were hugely impressed by the outpouring of female criminal creativity though they have to resort to matchsticks to keep their eyes open.

“It’s a tsunami of women’s crime writing. And it’s not just the number of books that has us in awe – it’s the soaring quality of the writing. We are particularly struck by the standard of the 59 debut books – so accomplished. Quite a few are novels completed as part of PhDs in Creative Writing courses and the polishing they receive is evident,” she said.

“It’s not surprising that more and more women are taking up a life of crime (writing) – it’s the most popular genre and offers so many possibilities when it comes to story-telling. The deficiencies of Australia’s criminal justice system are writ large in books such as Sarah Barrie’s, Unforgiven, B.M. Carroll’s You Had It Coming, and Debra Oswald’s The Family Doctor.”

Dr Horsley said that crime is no longer just stalking the mean streets of our cities – it has undergone both a tree change and a sea change.

“Books such as Lyn Yeowart’s The Silent Listener and Erina Redden’s The Serpent’s Skin delve deep into the darkness of rural life. Crime heads to the coast in Katherine Firkin’s The Girl Remains and Elizabeth Flann’s, Beware of Dogs. Other books take us overseas – to France (Pip Drysdale’s The Paris Affair and Kirsty Manning’s, The French Gift), Zimbabwe (C M Elliott’s Sibanda and the Black Sparrowhawk), Nevada (CandiceFox’s The Chase ), Scotland (Charlotte McConaghy’s Once There Were Wolves), and Auckland (Suzanne Frankham’s Shadow over Edmund Street),” she said.

Dr Horsley said that there was a strong showing in the Non-Fiction category this year and a great diversity of topics. The nominations include a memoir of policing (Veronica Gorrie’s Black and Blue), a memoir about forensic science and autopsies (Meryl Broughton’s Autopsies for the Armchair Enthusiast), and a literary analysis of murder due to illegal land clearing (Kate Holden’s The Winter Road),

“It’s a shame that not more YA and children’s novels are in contention,” she said. “Last year, the book that had us all transfixed with laughter was the winning children’s novel, Lian Tanner’s A Clue for Clara, about a wonderful scruffy, chook detective.”

“We’ve just had the pleasure of viewing Troppo, the eight-part series based on Candice Fox’s Crimson Lake. Production is now underway for the film of Force of Nature, Jane Harper’s second Aaron Falk novel. Like the film of The Dry, it will star Eric Bana. Jane is a serial offender in the Davitt Awards,” she said.

Voting for the Readers’ Award Choice opens on Friday 10 June, closing Friday 24 July. Only financial members are eligible to vote. A shortlist will be published in July.

The awards are handsome carved polished wooded trophies featuring the front cover of the winning novel under perspex. No prize money is attached. Self-published books are eligible. Books co-authored or edited by men are not.

The previous Davitts have been presented by:

A list of the books in contention is attached here.