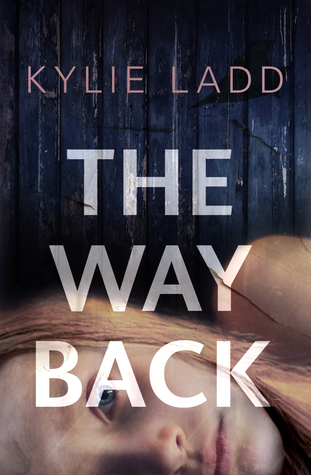 All she wanted was to escape. But why does she still feel trapped. Charlie Johnson is 13 and in her first year of high school. She loves her family, netball and Liam, the cute guy who sits next to her in Science – but most of all she loves horses and horse-riding. Charlie’s parents have leased her a horse, Tic Tac, from the local pony club, but one day they go out for a ride in the national park and only Tic Tac returns…

Four months later, long after the police and the SES have called off the search, Charlie is found wandering injured and filthy, miles from where she was last seen.

Set in and around Melbourne, Charlie is a typical Year 7 girl who loves horse riding. One day while out riding with her friend Ivy, Charlie’s horse, Tic Tac, becomes lame.

Charlie has to walk Tic Tac back to the stables; so Ivy rides ahead to let the instructor know what has happened.  Still a long way from the stables, Charlie notices the man she saw a month ago standing in the bush, and asks him for help. He offers to take her to a phone but Charlie never gets to the phone, instead finds herself captive in a dark shed. It is four long months of hell before she manages to escape.

The experiences and fear that Charlie went through while she was held captive were so well written I was almost living those feelings myself. Kylie Ladd has done a great job of getting into the heads of each character, including the abductor. There is insight into the why/how he is the way he is, although he is the “bad man”, I did have some thoughts of empathy for him.

During the time that Charlie was missing so many changes happen to her family. Mum, Rachael, who was a workaholic, finds herself not able to think of work at all. Brother, Dan, a loner who had few friends, had no interest in horses, finds a girl friend who teaches him to ride while they are out looking for Charlie.

The book shows how such a traumatic experience can have dire effects on families and friends, not all of them negative. It also covers the fact that the victim of the crime, Charlie, learns how to deal with what happened and how to come out the other side.

This is the second Kylie Ladd novel I have read and just like Mothers and Daughters, I really enjoyed it. I would highly recommend The Way Back to anyone who is looking for a good page turning read.