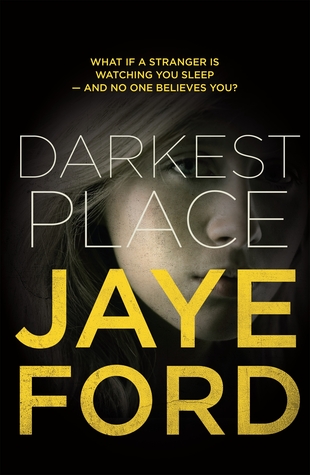 Carly Townsend is starting over after a decade of tragedy and pain. In a new town and a new apartment she’s determined to leave the memories and failures of her past behind.

However that dream is shattered in the dead of night when she is woken by the shadow of a man next to her bed, silently watching her. And it happens week after week.

Yet there is no way an intruder could have entered the apartment. It’s on the fourth floor, the doors are locked and there is no evidence that anyone has been inside.

With the police doubting her story, and her psychologist suggesting it’s all just a dream, Carly is on her own.

Carly’s life stopped thirteen years ago, when a tragic mistake took the lives of her three closest friends. With a string of further losses and betrayals, she has endured years of crippling depression, and the book opens with her much-delayed first steps into independent adult life.

The story moves at a relaxed pace, describing Carly’s move to Newcastle (and into a flat in a gorgeously renovated warehouse on the harbour) and her daily struggles to create a normal mid-thirties life, start a TAFE course, begin the process of making friends, and consider her next move.

But she is distressed by recurrent nightmares – somebody, a strange man, leaning over her bed, grabbing her by the throat, whispering her name. The first couple of times it’s so real that she calls the police, but they find no fingerprints, no forced entry, and are convinced that she needs a psychiatrist, not a police investigation.

As time goes on, though, and the strange night-time experiences continue, both Carly and her dishy but mysterious neighbour (why don’t these neighbours exist in real life?) start to wonder about nightmares that leave bruises.

The pace accelerates as tragedy strikes other people in the building, and Carly realises that she, and all her neighbours, are in real danger from a real night-time intruder. The description of her gradual realisation that she can investigate, and that she can deal with the intruder, is engaging and believable, and the novel ends with a satisfyingly scary show-down.

A well crafted book with a strong female protagonist, some nicely drawn minor characters, and more than enough plot twists to engage the reader.

This is Jaye Ford’s seventh published novel.  Her first book, Beyond Fear, won Readers’ Choice and Best Debut in the 2011 Davitt Awards, and in addition to thrillers she writes romantic fiction under the name Janette Paul. Sisters will enjoy Darkest Place for its sharp juxtaposition of the mundane and the terrifying, and the story of a tough modern woman reasserting herself after a decade of fear and avoidance.