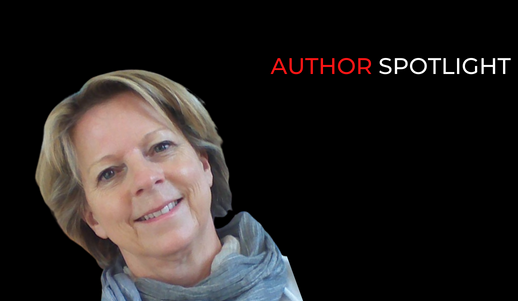 What are the joys and challenges of writing YA mysteries? Robyn Walton spoke to long-time member, Joanna Baker, about her latest YA novel, Evermore (Soren Press, 2022) for Sisters in Crime’s December Author Spotlight. Joanna spends her time between north-west Victoria and Hobart where she grew up.

Hi Joanna and congratulations on your YA fiction. Devastation Road, your first YA title, won a Davitt. After some years’ interval, you reissued Devastation Road and added a sequel mystery, The Elsinore Vanish (2019). Evermore is your third novel with the same characters and regional setting.

Thank you, Robyn. Yes, it feels like a lifetime ago that I wrote Devastation Road. Way back then, I thought it was going to be simple. I set out to write a plot-based clue-puzzle with an odd-ball detective and an ending in which she identifies all the clues and explains what they mean. Very traditional stuff. And really, that is what Devastation Road is.

(Like most of our members, I am unashamedly a besotted fan-girl of Agatha Christie. Although I hesitate to invoke her name as she was such a genius plotter. Agatha is emphatically not someone I compare myself to. Rather she is a pinnacle for me to aim for.)

I found myself writing about these two lovely young people going through ordeals, and the book developed quite a bit of emotional depth. And, in the process, I became attached to Matt and Chess and decided to write three books.

The second, The Elsinore Vanish, is my take on the locked-room mystery. (And, can I just mention here, the card trick is not impossible!)

In the third book, Evermore, Chess tackles the deep mystery at the core of her own life. There is quite a psychological theme about how memory works and how dreams might relate to that.

So, I hope these are still enjoyable clue-puzzles, but along the way, for better or for worse, I think they’ve gained a bit of texture and emotional depth.

The other aim I had (did I mention liking Christie?) was to write about a village where everyone knew each other and where the setting was idyllic but human passions were complex and largely hidden. And in northeast Victoria (where I sometimes live), I’m surrounded by these most gorgeous small towns. So, I called the trilogy The Three Villages Murder Mysteries. They are set in Yackandandah, Beechworth, and Bright.

Matt narrates these adventures. Can you say something about how you established his voice? Are you maturing his voice as he ages?

Ah, Matt. When I started writing about him, our own kids were teenagers and, of course, I was spending a lot of time with them and their friends. These were the voices I was surrounded by. I remember basing Matt on one particular boy, an extraordinary kid who was warm, outgoing, and likeable, who got on with people of all ages and had a genuine affection for humanity in general.

But of course, as I wrote, Matt developed his own voice and now he is a real person to me. I sometimes think I wouldn’t be surprised if I bumped into him or Chess in the street. That’s the weird psychosis of being a writer. I’m sure I’m not alone.

But yes, I hope Matt’s voice has naturally matured as he lived through the events of the books. Some of the action is pretty extreme stuff for 15, 16 and 17-year-olds.

Chess has something personal to investigate. The word ‘quest’ is mentioned, and Chess has spooky dreams. Is there a bit of a genre mash-up going on?

Gosh. Did I say ‘quest’? And the dreams. Hmmm. I’d never thought of it as genre-slipping. Whenever I’ve started a project, I’ve always intended to stay completely true to my clue-puzzle model. Unfortunately, yes, sometimes the books burst out of their box.

It’s such a pain because if you can write a book that is like the books that already exist, then it’s easier to describe your work. Yes, I’m talking about sales and marketing. Yuck.

But, having said that, Evermore is, at heart, a straight genre piece. I was influenced by those Christies where there are seances and witches – Endless Night springs to mind, and The Pale Horse. And really many of her books are touched with elements of the uncanny. The crucial thing is that the explanations, the solutions to the mystery, are entirely real-world and rational. (And now I really am going to stop talking about her. I am.)

Paz and Calvin have the knowledge and skills to contribute. Do you have any writerly tips for managing secondary characters?

I’m very attached to Paz and Calvin. I wonder if anyone else in the world feels that way, but I just love them. I’m going to put them in more books.

But I’d be the last person to offer tips to other writers about secondary characters, or about anything haha. And here’s why.

Sometimes, when I’m working at my best, I write long backstories for secondary characters, and, of course, most of that never gets near the novel. But you have to know these people, how they react and how they think and speak. This is nothing new. All writing teachers will tell you to do it.

So, here’s something original. It’s a shameful admission. I have characters who walk into scenes in my books, whose lives I haven’t worked on much, or at all. And these characters may even re-appear and still not be well-worked out. Eventually, some of them take off and capture my attention and develop a life of their own. Who knows why? Then they become important to the book. Then I have to stop everything and flesh out their complete story for myself. Usually, in that process, I get emotionally invested in them as people, and this is really great because it makes the writing feel deeper and more meaningful.

And then, sometimes, these complex people get dropped out of the plot.

I am not organised. I shudder to think how much I’ve written and then thrown away.

Writing is a very individual process. You have to find out what works for you. Personally, I plan a plot, then I write and write, with my internal editor turned off (sometimes producing scarcely legible scribble!) until I understand a character or an idea, or a scene. Then I change the plan around and repeat. Ad nauseum. I am NOT efficient. Then I edit and edit. I throw away MOUNTAINS, kazillions of words.

I am trying to improve this. For my current book, I’m using a version of the Snowflake Method and that seems to be helpful to me. Time will tell.

You thank a group of friends in your Acknowledgements. In what ways do friendships support your writing practice?

Oh, I’m so glad you asked, because this is one piece of advice I would confidently give.

My writing friends and I meet often.

We hardly ever talk about writing.

If I didn’t have them, I would have given up years ago.

What’s that all about?

NOTE: (I had two writing groups and the Little Lonsdale Group was very helpful to me in the same way as my local one is but, unfortunately, it’s Melbourne-based and these days it’s just too hard to get there. But what I say below applies equally to them. Hi everyone!)

So. My Riparian Writers Group. My friends and I meet weekly. We have a website, to which we contribute on a very haphazard basis, and a new journal (one volume so far). But mostly what we do is chat. And that’s it.

When I try to explain what our group is, I usually say, “We don’t often talk about writing, but we talk about things in the same way.”

And, of course, we can share our struggles and self-doubts and our triumphs and satisfactions, and we are instantly and deeply understood. And we don’t feel like idiots.

So that’s my one piece of advice:

Writing is insane. As an activity, it is largely invisible to others. It is solitary, maddening, ill-defined, frustrating, and exhilarating. The rewards are mostly intangible. You are probably doing it because you can’t not do it.

Find some friends who get it, and see them as often as you can.

Thanks so much for your responses, Joanna.