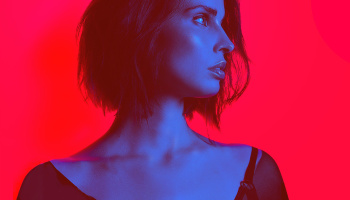 I enjoyed this Icelandic crime drama but it left me unsettled. It features a tough defence lawyer called Stella Blomkvist. Stella is persistent in trying to get the best for her clients. Her clients have their own agendas and so does Stella. The political angle is fascinating and, almost, believable. 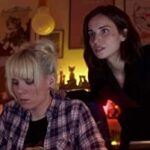 The style has cartoon like features that work well, stop motion to give background. The characters have an element of stylisation that could be seen as lacking depth. Stella’s side kick Gunna (pictured left) is a favourite of mine, she is supportive despite Stella’s dreadful treatment of her, but I found her awkward gait was overdoing it.

There is a mix of comedy and violence, that is effective in making violence shocking, but here the two didn’t gel. Other discordant notes were Stella’s reaction to the sexualised assaults on her by the corrupt police officer. Am I just old fashioned? Is Stella’s reaction another layer to her character? Or is it not in the book but added for the TV audience?

The series is based on books by the author of the same name. Both the stories and the character are clearly fictional. So, how is she the author of the books? A little research revealed that Stella Blomkvist is a non de plume of an, as yet, unknown person. There is a rumour, one of many, that the author could be a man, the former Prime Minister of Iceland, David Oddson. Is that the reason for the discordant notes?

There is no doubt the author is Icelandic. My Icelandic speaking friend found the modern Icelandic good but simplistic.

I’d be interested to know what you make of it. I am going to read the books.