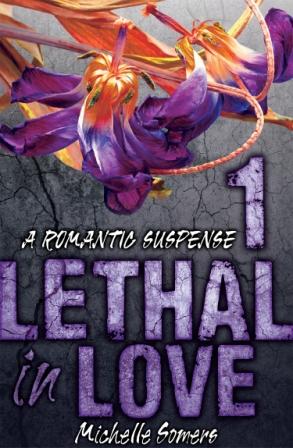 On July 15, Penguin Random House begins publishing Lethal in Love, a six-part serialised suspense romance e-book by Michelle Somers, with subsequent episodes released fortnightly after that. The book is available for pre-order so if you order all in advance each episode will download directly to your device on publication. Click here.

Sandi Wallace interviewed Michelle Somers for Sisters in Crime:
Melbourne-based author Michelle Somers has achieved what she calls the “dangling chocolate heart – publication” with her debut title Lethal in Love. She is also part of something that she sees as a new future in digital reading: the serialised eBook.
Many Sisters in Crime profess to have fallen in love with crime and adventure stories thanks to the Famous Five, Nancy Drew, Hardy Boys and other series; I’m proud to be in that club. We love crime shows on TV, serials that parcel out thrills in each episode and leave us with cliffhangers at season finales. We are a society of immediacy – whether you see that as good or bad. We want it now; maybe we can stretch that to a week or so at a push. 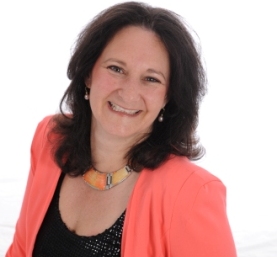 Michelle admits that she loves-to-hate being left hanging, counting down for the next episode in a TV serial. She says, “Why shouldn’t we get the same excitement and suspense from reading? Sometimes waiting for something makes it all the sweeter. It’s all about anticipation.”
Her new book serial will delve out a steamy romantic suspense about an instinct-driven detective and a sexy, scoop-hungry reporter, both on the hunt for a sadistic killer, via six digital-only episodes at novella length, with Episode 1 released on 15 July 2015.
Michelle says that her lead female character, Jayda Thomasz, is a homicide detective first and foremost, a woman last. Jayda goes undercover as part of her investigation and “one gun-metal blue gaze, one kiss from a sexy stranger, and all her preconceptions about sex and attraction are shot to dust. Pity the timing’s off, with her whole unit outside, listening in.”
Jayda pairs up with Seth Friedin, a hot, determined reporter chasing the story that’ll make his career and impress his academic parents. Both characters are career-focused and battling their private demons, along with a serial killer returned to the streets of Melbourne after a 25-year sabbatical.
Prior to becoming a full-time writer, Michelle worked in microbiology and genetics, not policing or journalism like her protagonists. She says her background, “is great for understanding anything medical and forensic, but little else,” although she has a collection of knowledgeable people – and Google-power – to help her fill in blanks. But I suspect that medical-forensic knowledge is part of why she chose to write this story about a sadistic killer, combined with her reading taste.
She loves to read straight crime, thrillers and suspense, along with contemporary romance (as long as it has solid conflicts and plot), admitting, “I enjoy (is that the right word?) the psychological thrill of facing a cold, calculating killer; the kind that sends shivers up your spine.” And she’s a sucker for love and happy endings. She explains, “This is the flavour of book I love to read, so this is the book I wanted to write; a story with equal parts romance and suspense.”
Lethal in Love in its entirety is about 140,000 words and editors and agents had advised Michelle that she’d have to cut it back by around 30,000 to be considered for publication. But then she hit a dream run. She pitched her manuscript to Lex Hirst at Penguin Random House at the Romance Writers of Australia (RWA) conference last year. And Lex proposed the idea of a digital book serial to Michelle. Within two weeks, Michelle had a letter of offer for publication. Less than a year later, she is a published author.
She says, “The whole pitching and publication process has been a whirlwind. And I have to confess, I’ve loved every minute of it!”
She leaves us with some valuable advice for writers striving for publication: “Don’t give up. Find your passion – whether it be romance, suspense, another genre or a melding of several – throw everything you have at it, and believe in yourself.”
And in the words of Jayda to Seth from Lethal in Love, Episode 2: “Achievement comes from within. If you don’t feel it, it won’t make any difference what anyone else thinks.”
Michelle Somers is a full-time writer. She lives in Melbourne with her husband Danny and their three beautiful boys, Josh (11), Nathan (10) and Gabriel (8). Lethal in Love is her first published title. She is currently penning a short story for an anthology to mark the Melbourne Romance Writers’ Guild’s 25th Anniversary (due out November 2015). She is also writing her next book, working title Murder Most Unusual, which features Jayda, Seth and other characters from Lethal in Love, and a bunch of new characters that she hopes to include in book number three.
Michelle is the 2013 winner of the Valerie Parv Award, 2013 winner of the Indiana Golden Opportunities contest (romantic suspense category), 2013 finalist The Molly (romantic suspense category), and 2013 finalist The Catherine (contemporary romance category for her unpublished romance, Worth the Risk).
For more information about Michelle, please visit her website or connect on Facebook, Twitter, Google+ orInstagram