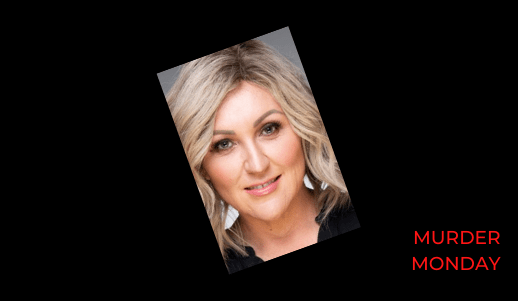 The roles are reversed for this episode of Murder Monday, where Sisters in Crime convenor Karina Kilmore asks Meshel the hard questions.

Meshel has come a long way from her hometown of Toowoomba. Now resident in Melbourne, Meshel has had an amazing career as a comedian and radio and television personality. She’s appeared on Spicks and Specks, Good News Week, Rove, and The Project. On KIIS 101.1 she hosted Matt & Meshel with Matt Tilley and The 3PM Pick-Up with Katie ‘Monty’ Dimond. She also writes for a large range of publications including Mamamia.

These days Meshel is probably better known for her hugely successful podcast Australian True Crime, co-produced with Sisters in Crime member, Emily Webb. It’s been downloaded nearly 50 million times. Her interest in true crime was sparked from time working as a brothel receptionist in Melbourne where she came across one of Australia’s worst-ever serial killers, Peter Dupas.

She didn’t come to true crime podcasting empty-handed because she’s trained in trauma and palliative care, and currently volunteers with Mercy Palliative Care in Melbourne.

Amongst all of this, Meshel has spent a year working in refugee camps with Save The Children, doing a lot of charity work, whilst raising 11-year-old twins and reading coroner’s reports for fun. She’s also found time to write a memoir and a series on Buddhism. Whew!

Her latest book, CSI Told You Lies: Giving Victims A Voice Through Forensics, came out on 3 August with Ebury Australia.

Murders Monday interviews are available on Sisters in Crime’s YouTube channel at 6pm once a month on a Monday! See here for the previous Murder Mondays (mostly weekly).