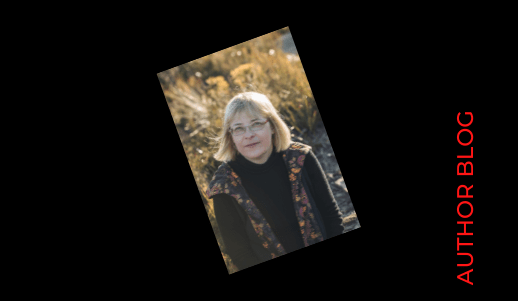 Over the next year or so, I’ll be publishing two books – one for adults, one for children. The adult novel is a thriller called The Attack. It revolves around domestic violence and gets a bit gory. The children’s book is a picture book and is more upbeat; its title is Mrs Koala’s Beauty Parlour, in which ten fancy frogs get facials and nine pampered porcupines get perms.

So how did I end up straddling the gap between fancy frogs and piles of corpses? The fact is, I’ve always crossed genres, not to mention age groups. In my younger years, I received more attention for my kids’ novels but I also dabbled in adult fiction. I wrote three medieval murder mysteries, plus a couple of historical romances. I even tried my hand at true crime; Charlatan was about a nineteenth-century mesmerist tried for rape.

By moving from genre to genre and adult to children, I’ve managed to keep myself from getting bored, but the main reason I jump around is because I can’t stand letting a good idea go to waste. Years ago, I had an idea for a horror story. Trouble was, I didn’t write horror; the thought had never crossed my mind. On the other hand, I didn’t want to waste the idea – so I read a lot of Stephen King and gave it a go. It worked. It got published. Someone even tried to make a film out of it.

People ask me if different genres or age groups require a different kind of writing process. For picture books, that’s certainly the case; picture-book texts are probably more like poetry – they tend to hit me like a lightning bolt. I scribble them down in a couple of hours, and that’s that.

Everything else is a long, hard slog that requires the full set of skills every time: the ability to step into somebody else’s shoes, the ability to hold an entire novel in your head, the ability to keep rearranging sentences over and over again. Whatever genre you’re writing, you have to do all that.

When it comes to switching age groups, the differences are minor. As soon as I started writing adult thrillers, I found myself drawing on lessons I’d learned writing children’s fiction. When you’re writing for kids, you don’t mess around. Things have to keep happening. It’s all about narrative drive. And these days, that’s what adults expect in their thrillers, too.

The biggest challenge, I find, can be working out which idea fits which age group – and sometimes I get it wrong. When I originally wrote Shepherd, (a thriller published two years ago), I had it pegged as young adult. It was only after my publisher Text took it that I was told it was far too gory to be anything but adult fiction.

In other words, I’m still learning. Maybe that’s another reason I like to jump around: because even after all these years, I can’t resist the chance to learn something new.

Catherine Jinks won Sisters in Crime’s Davitt Awards (Young Adult) in 2006 and 2009 and was highly commended in 2005.