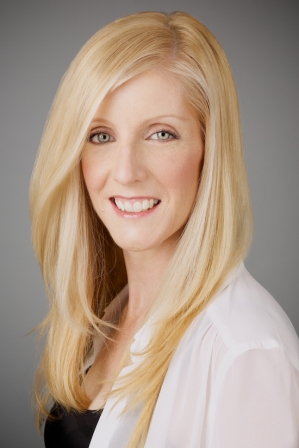 Sandi, congratulations on the third novel in your Georgie Harvey and John Franklin series. For your setting you chose the Dandenong Ranges, about an hour’s drive east of Melbourne CBD. And your cover design features a photo you took in the forest of the ranges. What were the positives of choosing this environment (and its population) for the novel’s setting?

Thanks, Robyn. Having dreamt of being a crime writer from about the age of six, it feels rather surreal to have three published rural thrillers and be penning my fourth.

Bad things can happen anywhere, although I’d never wish them to. So as strange as it might sound, I set my novels in places I love. Mount Dandenong in the hills outside of Melbourne is my home town, and Into the Fog is the perfect story to showcase it. It’s an ideal primary setting for the police-camp-gone-wrong story in this book. Stunning, but treacherous and difficult to search for the three missing Daylesford children in adverse weather conditions, with locals who are a private and sometimes eccentric lot, while also warm and community-spirited.

Your fellow crime novelist Jane Harper set her second book, Force of Nature, further east in a more remote landscape in equally foggy, damp, cold weather. Do you see prospects for more storylines set in this kind of environment?

Absolutely. The tinder-dry and bushfire-prone image often depicted in Australian rural crime is only one face of our diverse nation. Ours is a land that can have cyclones or floods at one end and bushfires or drought at the other. As writers, we have the power to break down stereotypes and show the diversity of Australia’s climate and topography. And we can expose the misconception that our rural towns are inherently dysfunctional, violent, perverse, racist and sexist, by balancing in the upsides of small-town life and many virtues of our rural communities. These communities are especially vulnerable to natural disasters—flood, fire, drought and infestation—which brings out the best and the worst in people, giving enormous scope for longevity in the popularity of Australian rural crime fiction.

For readers new to your work, could you tell us a little about your two leading characters and their relationship?

Georgie Harvey is a writer from Richmond, a suburb near Melbourne’s CBD, who has made an unconventional entry into investigative journalism after the events in her first outing, Tell Me Why. Daylesford-based uniformed cop John Franklin is working towards promotion to detective, an ambition somewhat complicated by being a single dad to teenage daughter Kat.

Georgie and Franklin first meet in Tell Me Why over the search for a woman missing from Hepburn. With clashing professions and strong independent personalities, and fighting an inconvenient mutual attraction, there is constant friction between the city writer and country cop. They are thrown back together in Dead Again, when Georgie’s assignment in the Murrindindi district connects with a crime spate in Daylesford, compelling them to tackle unresolved issues. And returning in Into the Fog, their personal relationship still doesn’t run smooth—maybe it never can—but Georgie and Franklin’s commitment to bringing the three missing children home safely is resolute.

Another character who’s prominent in this novel is Sam Tesorino, who is …

Sam is a probationary constable first stationed at Daylesford in Dead Again. During that story, I connected with this bright, likeable young police officer and knew she needed a bigger role in the next instalment.

In this novel, Sam and Georgie are among the supervisors of the small police-run camp in Mount Dandenong for a group of Daylesford kids doing it tough, while Franklin is on secondment to Ballarat Crime Investigation Unit 200 kilometres away when the children disappear.

We could mention lots of other names, as you assemble a big number of participants in your account of an all-out search for three children who went missing near dense bushland in bad weather. There are police from several stations, SES volunteers, teenagers and parents, journalists, a ranger, a pastor, etc. Does it take writerly experience to orchestrate all these characters and their movements and telecommunications?

As a reader and writer, I enjoy crime fiction that is believable—those events could really have happened to those people in those circumstances at that time—and told with forward-momentum (chronological order) so as not to take readers out of the story. Although creative licence is needed to condense the action and maintain suspense, to be true to a search for three young children in treacherous conditions this story is necessarily large-scale and complicated, with multiple official and volunteer personnel, and internal and external conflict, from environment factors through to bureaucratic bullshit (Franklin’s words).

I’m a plantser (a writer who combines some plotting with flying by the seat of her pants), so my novel blueprints are fairly basic to begin with: some sketchy character profiles, starter research and a timeline in pencil that has very little marked in. As the stories and characters take life and my writing flows organically, it grows more technically challenging. It’s necessary to pull all the threads together while maintaining tension, and to ensure through the various editing stages nothing important is left dangling and redundant sections are removed. For a crime writer, plot and pace are essential elements, but characters and characterisation are where the magic happens. So, yes, managing all of this is tricky, but amazing fun too. 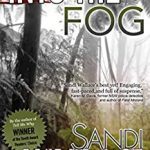 Most of the early action is confined to an opulent country house cut off by the wild weather. Did you intend to give your readers an Aussie version of the classic English country-house mystery?  Were there other reasons for this choice?

It was foremost about physical location. I wanted to situate the action on the ridge of Mount Dandenong abutting the National Park and in proximity to the historic Doongalla homestead site and the Olinda-Mount Dandenong shopping village. There are only residential properties in this area, albeit varying greatly in scale and style, and it suited this story to place the group at a sprawling one with many outbuildings and an immense garden. Thus, a last-minute venue change from Camp Silvan puts the group at Upalong House, a five-acre property owned by a friend of Franklin’s District Inspector.

And how about the maverick cop tradition?

Franklin is known to act the maverick cop, to investigate cases his way and on his own. When the Daylesford crew is ordered off the missing children inquiry by the local CIU, Franklin and Georgie can’t back down, but for once he is happy to have the help of his trusted workmates. Together, they run an unsanctioned investigation, discovering cyber links to a serial sexual predator and another missing girl. There will inevitably be consequences for their actions: improperly accessing and distributing police records, ignoring commands of superior officers, withholding information from an inquiry. Time will tell whether this will stymie his chances of joining the plain-clothed ranks.

The oldest of the missing children is Hannah, aged 12. With a girl of 13 having vanished four months earlier, there are reasonable fears there could be a sexual predator operating in the region. Among the police there have been “heated discussions” about known sexual offenders not being remanded and charged, or being freed on bail, or being released early for good behaviour. Your thoughts?

I’ve been hooked on crime fiction all my life, enjoying it for vicarious thrills and danger, brain exercise and an escape from my real world. But as my reading tastes matured, I realised the genre offers much more. It is a tool for social commentary about topical issues in contemporary or historic time, situations that are believable, are relatable and happening to imperfect people. Reading—and writing—in the genre makes sense of things and often brings a type of justice or resolution not always possible in real life. As a writer, I can explore the societal themes that especially move me.

Inspiration for Into the Fog came from the historic “three lost children” case in Daylesford 151 years ago, along with several contemporary missing person and murder cases in Victoria. These ideas merged, leading me to pen a story where three vulnerable siblings are missing—possibly abducted—in extreme climatic conditions. The story highlights the dangers of online sexual predators and the complexities of such investigations: victims’ reluctance to report the crimes; jurisdictional and operational constraints; and the failures inherent to our legal system.

Our system allows known sexual offenders opportunities to reoffend, with these offences too frequently escalating to the most heinous of crimes.  And if these offenders are incarcerated, they potentially receive early release for good behaviour, risking recidivism. These matters are frequently and heatedly debated, but there are no simple solutions. Meanwhile, more children, women and men fall victim to offenders and the system.

Brief chapter sections told from Hannah’s point of view let readers know how she is going (she is at increasing risk). You planned from the outset to include this narrative as a complement to the police procedural?

In an early-draft stage of Into the Fog, I realised what is happening to Hannah as the investigation unfolds is the driving force of this story. The reader needs some real-time access to her and her brothers and the peril they face.

Events happen in late September. This is a hugely important time of the year for followers of AFL football, but your characters are too busy and anxious to pause to watch telecasts of the Grand Final. Elsewhere at the edges of your story a baby’s birth is imminent, a search volunteer is killed, the pub music and café scenes are thriving … You enjoy sketching the bigger picture?

I sure do. I’m a fan of the adage “write the book you want to read.” Police inquiries never unfold in isolation and without complications and dead ends. Likewise, the personal lives of the investigating police and journalists do impact on their professional ones, and vice versa. And there can be a massive domino effect in the wake of a tragedy such as a murder or an unsolved disappearance, while the rest of the universe continues to turn as if nothing has happened. I love to read and write multidimensional crime stories with a strong ring of truth.

Finally, Sandi, are there things you’d like to say about other aspects of Into the Fog?

Only to say thanks for your insightful dissection of Into the Fog, Robyn. I thoroughly enjoyed your Q&A.