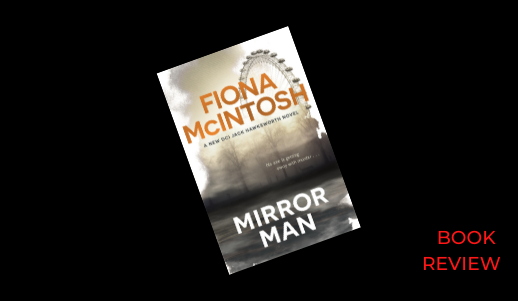 On the streets of England, a hunter is on the loose.

‘There is a connection, Jack. Find it, or you’ll never find him.’

Police are baffled by several deaths, each unique and bizarre in their own way – and shockingly brutal. Scotland Yard sends in its crack DCI, the enigmatic Jack Hawksworth, who wastes no time in setting up Operation Mirror. His chief wants him to dismiss any plausibility of a serial killer before the media gets on the trail.

With his best investigative team around him, Jack resorts to some unconventional methods to disprove or find a link between the gruesome deaths. One involves a notorious serial killer from his past, and the other, a smart and seductive young journalist who’ll do anything to catch her big break.

Discovering he’s following the footsteps of a vigilante and in a race against time, Jack will do everything it takes to stop another killing – but at what personal cost for those he holds nearest and dearest?

This review was first published in The Weekend Australian, 11-12 December 2021, and is used with permission.

Fiona McIntosh, an English-Australian author living in South Australia, has earned a large international readership for her historical romances, and she brings skills in fluent storytelling and use of dialogue to her modern mystery series starring Scotland Yard detective Jack Hawksworth. In August the series was optioned by Fremantle Australia, so readers can fantasise about who could play tall, dark, and handsome Jack on tv.

For continuity’s sake, McIntosh has located Jack’s third investigation, Mirror Man, in England in 2007, following on from books one and two, Bye Bye Babyand Beautiful Death, published in 2007 and 2009 under a pseudonym. Again, McIntosh’s hero, a chick-magnet in the parlance of a few decades ago, is investigating a complex multiple murder case.

McIntosh’s plot stares down the first of these risks by giving the serial killer (or is it killers?) an understandable though morally indefensible motivation. Too many perpetrators of heinous crimes are receiving lenient sentences, goes the thinking, and criminals are being released too early because the Blair government wants to save money and reduce prison overcrowding; why not customise nasty deaths for some of these offenders after their release? To reinforce this self-justification, several chapters set earlier than 2007 show offenders’ crimes and the distress of bereaved families while, intermittently, developments in 2007 are described from a vigilante viewpoint.

In the second risk zone, McIntosh counters the inappropriate-romance quotient by strengthening the role-based confidence of Jack’s 2IC, Kate Carter, now a Detective Inspector. But “the other, less confident Kate – who was deeply and helplessly attracted to Hawksworth – [still] struggled”, and the attention paid by Jack to an attractive sidelined journalist needing a comeback story does not make it any easier for Kate to maintain her composure.