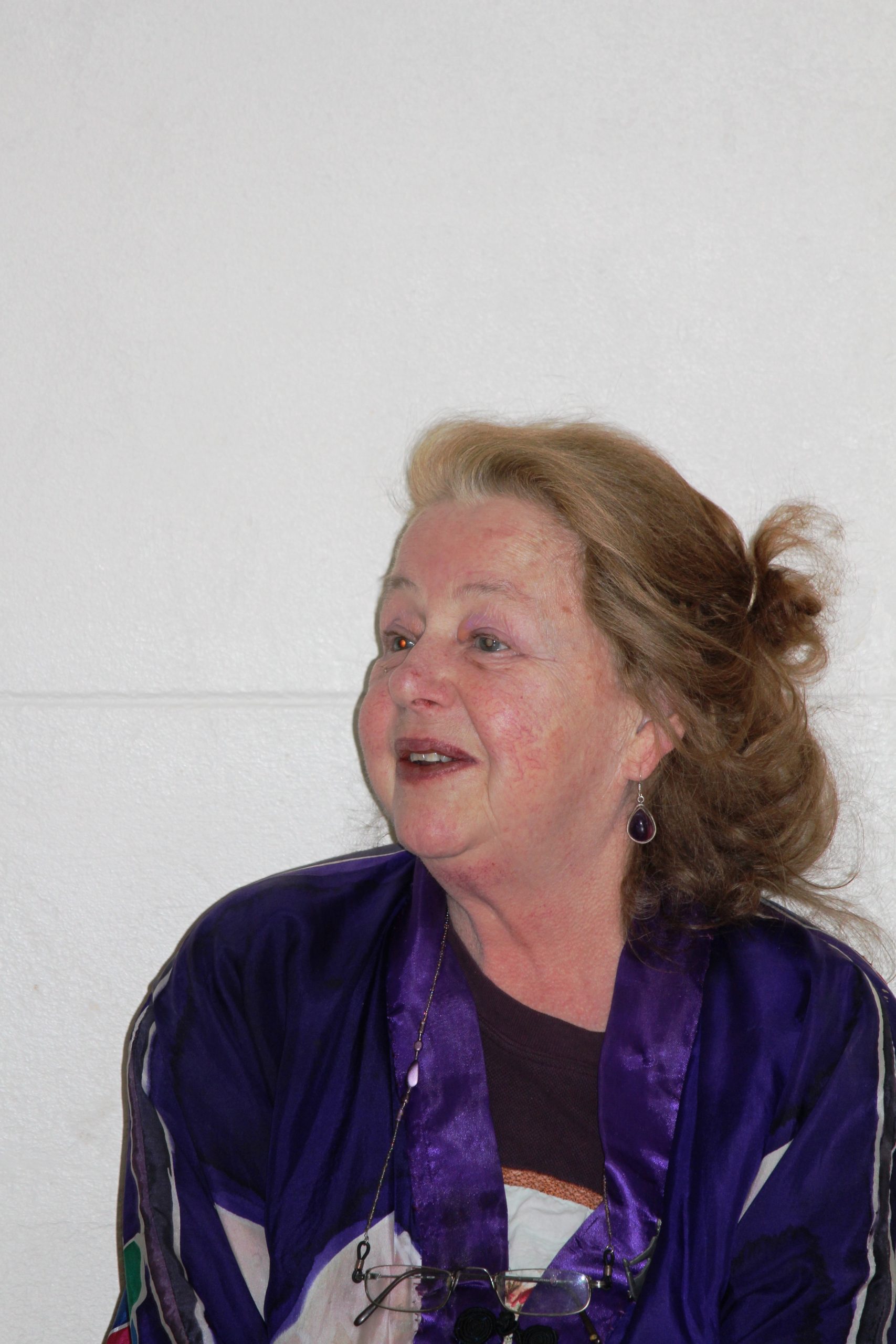 Sisters in Crime is thrilled to announce that founding member Kerry Greenwood was awarded the Order of Australia medal today, 26 January, for her service to literature. And what a service that has been!

Kerry’s greatest gift to the cultural life of Australia – and the world – has undoubtedly been the 20 novels in her Miss Fisher murder mystery series, now a global phenomenon thanks to Every Cloud Production’s three television series and the forthcoming movie, Miss Fisher and The Crypt of Tears.

Kerry will be introducing the film at a special Sisters in Crime screening at 4.30pm, Sunday 1 March at the Sun Theatre in Yarraville. (Bookings open on 29 January via the Sisters in Crime website.)

Kerry spoke at Sisters in Crime’s founding debate in 1991, as part of the Feminist Book Fortnight in Melbourne. At that point, there were hardly any Australian women crime writers and Kerry was a towering figure in the women’s crime world because she already had not one but had three (!!) Phryne Fisher novels under her belt.

Since then her prodigious output has included over 60 novels plus plays and non-fiction works, including seven in her delicious Corinna Chapman baker sleuth series. Much of this was accomplished whilst working as a legal aid barrister.

Kerry has notched up three Davitt Readers’ Choice awards – in 2010 for Forbidden Fruit, in 2007 for Devil’s Food (jointly with Karen Kissane) and in 2006, (for Heavenly Pleasures, jointly with Leigh Redhead). Her crime novel, The Three-Pronged Dagger, Davitt Award (Best Young Fiction Book) in 2002. 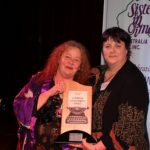 In 2013, Kerry was the inaugural winner of Sisters in Crime’s Lifetime Achievement Award. She also won the Ned Kelly Award for Crime Writing, Lifetime Contribution in 2003.

Kerry has been an outstanding mentor to many emerging women crime writers and has sponsored the Malice Domestic Award in Sisters in Crime’s Scarlet Stiletto short story competition since 2000.

The other good news is that a new Phryne novel, set in Daylesford, will be out later this year with Allen & Unwin.

This award couldn’t go to a nicer, more deserving person.