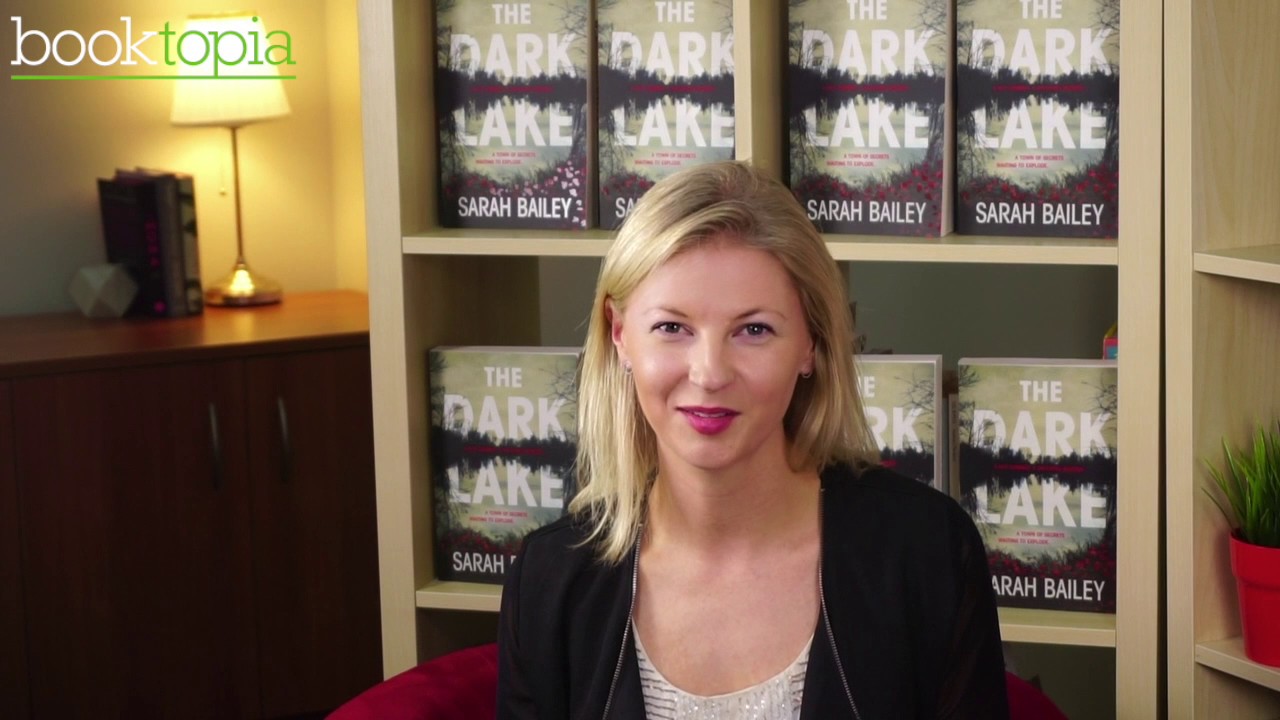 Hello Sarah and congratulations on the very positive reviews you’ve been receiving. Your debut novel is being likened to Jane Harper’s successful first novel, The Dry. How are you feeling?

Thank you, yes, it’s certainly been an amazing 12 months! I am so thrilled that the book was picked up by Allen & Unwin and that it’s out in the world and people are reading it.

In terms of comparisons to The Dry, I can only hope for half the success that Jane has had!

I absolutely loved The Dry, it was actually the first book I read after my manuscript was sent out to publishers last year. I can see similarities, particularly the Aussie setting but they are quite different books, particularly in regard to the main characters.

I have some big-picture questions for you initially, then some that focus on your protagonist, police detective Gemma Woodstock.

You chose to write in the crime fiction mode, and your text quite often refers to solving crimes and mysteries. Had this been a long-time interest and/or ambition?

I have definitely always enjoyed reading crime and watching mysteries and thrillers. But I think in terms of this book, it was always more about the character of Gemma first and foremost. I felt that making her a detective added some interesting layers to her personality and put her in an environment which gave her lots of challenges to overcome.

Are there authors and texts (fiction or other) that you especially admire?

So many! I love Kate Atkinson, Tana French, Michael Robotham. I love Paullina Simons’ Tully and there are several contemporary books I have really enjoyed like Emily Maguire’s An Isolated Incident, obviously The Dry and I loved Megan Goldin’s recent book The Girl in Keller’s Way. I read a lot and have to put myself on reading bans when I have writing deadlines, which I find tough.

In an interview, you mentioned the TV series Broadchurch. For readers who don’t know that show, can you tell us what you like about it and how it may have influenced your writing?

I, like many people I know, loved Broadchurch. I feel like it did a really good job of straddling crime and drama. The characters were excellent and the layered relationships completely compelling. I think watching a series like that around the time that I was working on The Dark Lake inspired me to want to create really interesting multi-dimensional characters.

Plot aside, it is always the relationships that play out on a page or a screen that I find the most interesting and memorable.

Shakespeare’s Romeo and Juliet: you give a quote from the play as your epigraph, secondary school students discuss these lines in your prologue, and a modern version of the play is performed in the main storyline. What led you to draw on Romeo and Juliet?

I do love the tragic element in the Romeo and Juliet story. If it didn’t have such a tragic ending the whole thing could almost be a farce, there are that many misunderstandings and larger than life characters.

Once I decided that there would be a bit of a tragic twist in my story I was keen to weave a Romeo and Juliet reference in if I could manage it. And because high school is typically where people are introduced to the classic tale, it suddenly became clear that it could play a deliberate role in my story, its presence allowing some comparisons for readers to ponder over as the plot evolved.

Why have your story play out in a regional town in New South Wales? Is Smithson a kind of any Aussie Town?

I wanted to set The Dark Lake in a place that, while Australian, wasn’t too stereotypical. I also wanted the weather to play a role, the heat adding to Gemma’s sense of claustrophobia, so therefore it had to be more northern than Victoria.

I also wanted to create a sense of a shifting dynamic in the town. We often hear about country towns that dwindle into nothing which obviously creates a specific set of issues, but I think it’s also interesting to explore what happens to a small town that is growing. The impact this has on a long-held way of life was something that I thought added to a general sense of unease.

You take a measured approach to telling the story. For instance, all of Chapter One is devoted to the accidental discovery of a body. Did you always plan to tell the story slowly and thoroughly?

I think so. I really love thrillers and am happy to read fast paced books sometimes but I am probably more drawn to the carefully woven, more detailed stories where time and space is given to character development. I think the reader gets more involved when this approach is used and I suppose I just find it more fun to write! 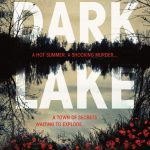 Your title’s emphasis on the darkness of the town’s body of water, Sonny Lake, suggests secrets, nastiness, depth. At the same time, the lake is described realistically (rubbish around the edges, reduced size owing to hot weather, exposed roots, stormwater drain). Are you more comfortable on that detailed, naturalistic level?

Yes, I think again description is very important to me. I love describing things, whether it be people, locations, the weather. I definitely see things in my head as I am writing. Clearly everyone interprets things differently but I think it’s my job to provide enough detail for people to be able to see what I see. But the book definitely has a darkness, despite the everyday realties of the setting so I guess it’s always a mix of the two.

I also can’t take credit for the wonderful title. It was my agent’s suggestion and much better than anything I had thought up previously.

Most of the story-telling is done in the first-person, present tense by Gemma. You decided early on to make this her life, her remembrances, her investigation?

Definitely. Without a doubt, Gemma came to me first and was always the driving force of the story. I can’t imagine it not being told in her voice as I think (or I hope) that this is what pulls you in from the beginning. Being in her head for the majority of the book is important, both in terms of solving the case but also in joining her on the emotional rollercoaster she experiences.

Gemma makes us privy to her most intimate thoughts, sensations, experiences – her miscarriage, for example. How did it feel writing a character who shares a lot?

I’ve been asked this quite a lot. I didn’t find anything that Gemma experienced particularly confronting to write. I think once you decide you are telling someone’s story you just tell it. Writing in the first person is very honest, you can’t shy away from anything, especially not their inner thoughts, or it won’t feel genuine.

Gemma lives with Scott, her child’s father, and is having a passionate affair with a colleague, Felix. She starts work early and sometimes doesn’t get home until nearly midnight. You put her under a lot of strain emotionally and physically?

I did worry about how much drama was realistic for Gemma to take but I think it all made sense and stayed within the realm of reality. Life is not dealt evenly and I continually reminded myself that it wasn’t just a case of bad luck, Gemma made some poor decisions and bought a lot of her circumstance onto herself. So, I would say that her ability to cope with what was happening was something I monitored, but not something that I let influence what I felt the story needed.

How was it creating Gemma’s little boy, Ben, as a character and tracking her relationship with him?

It was important to me that Gemma was a mother because it made all of her decisions more questionable and it meant that the judgement toward her became much more valid.

Gemma is very selfish but she loves her son. In many ways, he is the main reason she feels so stuck, so I enjoyed navigating her emotions about him. Ben himself is not a particularly drawn character but what he represents is critical in the story.

Would you like to say something about any other characters in your novel? I suspect you got fond of quite a few of them?

Definitely. Gemma is incredibly important to me. I feel such a responsibility for her and what happens to her next. It is a very strange but very cool thing to have created a character like Gemma and now that the book is being read I am really enjoying hearing what people think of her.

But I enjoy creating all kinds of characters. Rodney and Jacob were pivotal characters that were tricky but rewarding to write.

Gemma’s dad, her boss Jonsey and her friend Anna were all particularly fun to dream up and write.

How about plotting – was this an aspect you enjoyed? I understand you worked out the beginning and end early in the writing process? Did Gemma’s character development alter the progress of the mystery solving?

I wrote the whole book in quite a linear way. I literally started at the start and went from there. The ending came to me when I was a few chapters in but I didn’t write it down, I simply knew what I was writing toward. I think Gemma’s character was also pretty clear from the start, though some of the decisions that she made certainly had an impact on the way the story unfolded and the way other characters reacted to her behaviour.

I really enjoy coming up with ideas, I find that relatively easy. The writing, particularly the middle of a book, is the part of the process I find most challenging.

Any final thoughts about seeing The Dark Lake through to publication and working on a sequel?

The entire experience has been great. I feel lucky and incredibly glad that I stuck with it and finished the book. There were several times where I wanted to give up but it was certainly worth it in the end.

In terms of a second book, I am actually in the final stages of drafting the sequel to The Dark Lake right now. It’s been a different kind of challenge this time, and I’ve had to think about the best way to evolve Gemma’s character and her story, what elements to bring from the first book and what to leave behind. Plus, seeing as she is a detective there is of course a new case to solve, so I have had to work out what the new mystery will be. Similarly to the first book, it’s another police procedural taking place around the drama of Gemma’s life.

Sarah, thanks for giving us your time and this excellent novel. Thank you so much