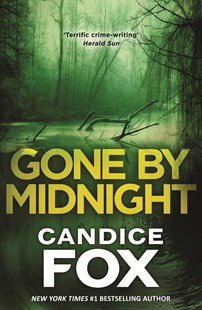 Crimson Lake is where bad people come to disappear – and where eight-year-old boys vanish into thin air . . .

On the fifth floor of the White Caps Hotel, four young friends are left alone while their parents dine downstairs. But when Sara Farrow checks on the children at midnight, her son is missing. The boys swear they stayed in their room, and CCTV confirms Richie has not left the building. Despite a thorough search, no trace of the child is found.

For Ted, the case couldn’t have come at a worse time. Two years ago a false accusation robbed him of his career, his reputation and most importantly his family. But now Lillian, the daughter he barely knows, is coming to stay in his ramshackle cottage by the lake.

Ted must dredge up the area’s worst characters to find a missing boy. And the kind of danger he uncovers could well put his own child in deadly peril . . .

Crimson Lake is where bad people come to disappear – and where eight-year-old boys vanish into thin air . . .

The third in The Crimson Lake Series and they just get better and better. Although part of a series Gone By Midnight can easily be read as a standalone – though I strongly recommend the others in the series – Crimson Lake and Redemption Point – after all why would want to miss any of the antics of Ted and Amanda.

Again set in the steamy and humid mangroves, creeks and cane fields outside Cairns where nothing or no one is as it appears. Ted Conkaffey is hired by the mother of a missing child and the police decide to let him into the investigation believing his past may prove useful. However, they strictly ban his offsider – the “tattooed fairy” as he fondly refers to Amanda – given her recent involvement in a case resulting in the death of an officer. This of course does not stop Amanda and she adds her typical colour and craziness to the investigation

In characteristic Fox style there are breathtakingly hilarious movements – the cat adoptions from the Animal shelter will appeal to all cat lovers as others, Amanda’s babysitting of “the sprog”, the statement from one of the boys and Amanda’s contribution to the investigation.  However, it is Ted’s observation, instinct and training that resolve the mystery.

On the personal level for Ted there is an emerging love interest, his three-year-old daughter visits him and there is some lessening of the tension with his former wife. Whilst Amanda and the Grey Nomad Bikies are becoming a force to be reckoned with …in later instalments

Fox is like a skilful conjurer as she brilliantly balances all the elements – the investigation, the absurd and zany antics with the development of the characters – and she leaves us with a totally mesmerising, engrossing and satisfying read.