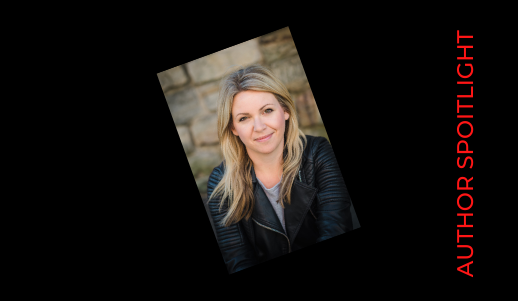 Actor-turned-author Anna Downes tells us how she now uses drama techniques in her written storytelling.

I’m often asked about my transition from actress to writer, and the answer is complicated because in many ways there hasn’t been a transition. The two jobs sometimes feel so similar that I can’t tell where one ends and the other begins.

When I sit down to write, I prioritise character. I look for what a person wants above all else, then draw on a blend of techniques I learned at drama school to bring them to life e.g. emotion memory, improv, inner tempo-rhythm. I also find it helpful to put each player quite literally into action; so, I might speak the dialogue out loud, ‘workshop’ different options as if I’m in a rehearsal room, or road test certain emotional states to see how they feel in my body before describing them.

Tana French does it, too. “I definitely write like an actor,” she said in an interview last year. “Everything comes from character. If I write a line and I think, ooh, I wouldn’t want to say that on stage, then I know it needs to change.” Mark Billingham, too, says his days as a performer taught him a lot about “timing, the importance of engaging an audience quickly, and when to reveal key pieces of information”.

Interestingly, there’s a movement in New York called the Method Writers Project which adapts the immersive techniques of actors such as Brando and De Niro to help authors enhance the authenticity of feeling in their novels. Stuart Turton is a fan of the approach: on a recent podcast, he described creeping around an abandoned house, cooking eighteenth-century food, learning sword combat, and deliberately getting lost in the woods, all in the name of enriching his fiction with first-hand experience.

I personally don’t go that far, but I do find that my writing is more alive when I have felt something physically, or when I’m successfully accessing my own emotional truths.

That kind of immersion, though, can also be unhelpful. Too much emphasis on what feels true to oneself can be limiting, in that it ties the imagination to what would or did happen instead of what could.

It’s important to me that characters are crafted according to the Rules of Story: intention and obstacle, conflict and resolution. What’s in my own heart and mind might be a great starting point, but once the narrative gets going, I know I have to let it lead me. From that point on, the priority is what works on the page.

And I guess that’s the main difference. With acting, your voice and body are your tools, but as a writer you only have language. I do miss live performance: the crackle of collaboration, the transfer of energy from one person to another. Workshopping a scene alone is difficult because you can’t bounce off anyone else, you have to bring out your own best work.

But, ultimately, I prefer writing because I can practice my craft any time I like; I don’t need anyone else to create. And as a writer, I’m not just an actor. I can be the director, stage manager, camera operator, film editor, set designer, composer, casting agent. When you think about it like that, the job possibilities are endless.