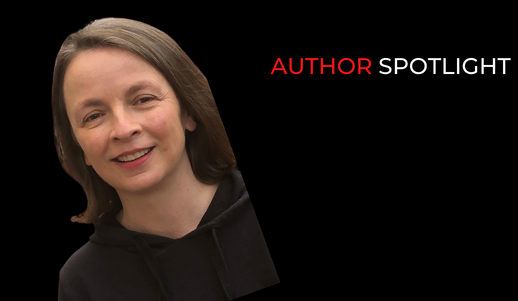 Hello Louise, I’m here to shine a light on The Hidden Girl which tells the story of Melati Nelson.

Melati holds a scholarship for a prestigious girls’ school and covers up her past indiscretions. She puts all this on the line when she tries to right a wrong committed by the school bully. This leads to her attending sessions with the school counsellor, where she finds a diary. The diary contains a coded cry for help from Indonesian teenager, Devi, who is being held by traffickers. Melati sets out to find her.

When did you first get the idea for this story, and why did you set it across both Indonesia and Melbourne?

Setting the story partly in Indonesia came from my experience of living and working there. I was an aid worker in Indonesia and met women who had survived sex trafficking. Their stories left a huge impression on me.

Around the same time, I became marooned at a friend’s house during floods in Jakarta. We binge-watched Buffy the Vampire Slayer and waited for the floodwaters to subside. I started to toy with the idea of a flawed heroine who, unlike Buffy, didn’t have superpowers and wasn’t fighting vampires, but was battling sex traffickers instead. The idea grew from there.

Your book is targeted at both YA and adult readers. What attracts you to this readership and how does this inform your writing?

Young adults often have a strong sense of justice so this makes them a great readership for crime fiction. They also challenge you as a writer—you have to keep your story engaging because there are so many things competing for young adults’ attention.

I love exploring moral ambiguity and creating characters who are neither wholly good nor bad. It’s in your teen years that you really start grappling with that sort of complexity. The majority of readers of YA fiction are adults and I think that’s largely because of the fast pace of most YA fiction, as well as the relatability of this time of life—we’ve all been there.

Your characters are predominantly young adults. How did you tackle the language and feel of this age group and what from your youth did you want to bring in telling the story?

It was easy to slip into the mindset of my young adult characters. I’ve been told I’m quite in touch with my inner teenager!

You have to be vigilant with the language—it needs to feel authentic but not date too quickly. Teens I knew helped me, telling me what they thought of different issues and the language they would use. This was also a focus during editing.

As a teenager, I was drawn to books exploring sensitive topics. It gave me a safe way of grappling with these issues, so there’s a bit of that in The Hidden Girl. I was very passionate about a number of issues but felt frustrated about my ability to change anything. Melati, my main character is born out of that feeling—but she fights to create change.

Having got your first book ‘out the door’, has your approach to your writing changed?

I had the good fortune to work with a great editor on The Hidden Girl and sometimes it’s like she’s sitting beside me now as I write. There are some technical aspects that I’ve become much more aware of but in broad terms my approach is similar; in the early drafts, I try to get to know the shape of the story and the characters as well as I can without striving to perfect every word. I’m more confident about my ability to rewrite but tackling a novel remains both a daunting and an exciting challenge.