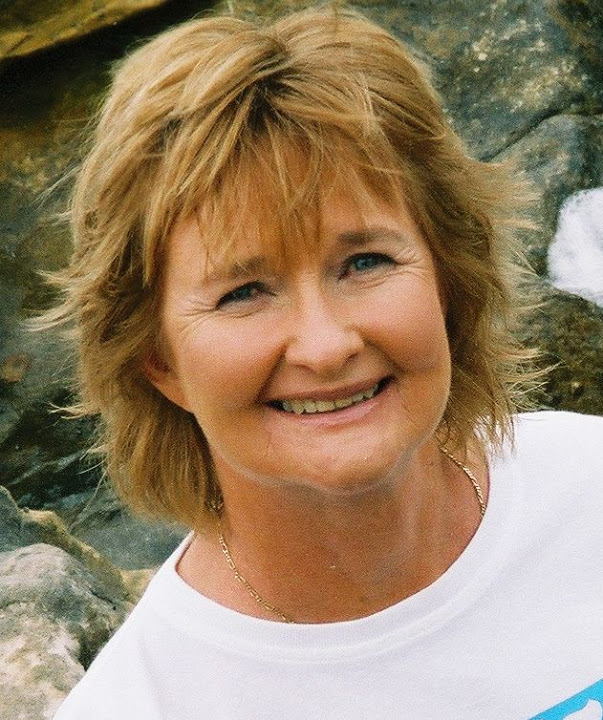 FELICITY PULMAN: I’ve lived most of my life in Australia (although I was born in Zimbabwe) and yet at least half of my novels are set in medieval England where my heart and my dreaming seem to have taken root. This is somewhat unfortunate in terms of researching and writing historical crime (and historical fantasy.) ‘Unfortunate’ in that writing fiction set in Australia is so much easier because I’m familiar with the landscape and have access to resources and references.

And yet I have absolutely loved all my research trips overseas: initially while writing the Arthurian landscape in England and France for the Shalott trilogy; and, more recently, for I, Morgana and The Once and Future Camelot.

But I truly fell in love with medieval England while researching the Janna Mysteries, now reworked, rep

ackaged and retitled (Momentum/Pan Macmillan) as the Janna Chronicles. Set in the 1140s – at the time of the civil war between King Stephen and the Empress Matilda – my series has shades and the same setting of the Brother Cadfael Chronicles by Ellis Peters which were a huge influence.

With hindsight, I should have kept Janna in one location to make my task easier! As it was, she moved from the outskirts of a forest in Wiltshire to a nearby farm, to the town of Wilton where she stayed in an abbey, then on the road first with pilgrims and then jongleurs via Stonehenge to Amesbury, and finally to Winchester with a side trip to Oxford.

So not only did I have to come to terms with all that geography, there were also a whole lot of medieval lifestyles to explore: herbal healing, farming, life in an abbey and on the road, being a skivvy in a tavern and, finally, learning how to be a lady.  Added to this was my need to know such details of medieval life as food, clothing, housing, arms and methods of warfare, as well as exactly what occurred historically between the years 1139-1143.

For this I needed to locate translations of chronicles of the time along with biographies of the major players (while also reading fictional works such as Sharon Kay Penman’s When Christ and His Saints Slept – a quote from the Peterborough Chronicle.) So it was a huge learning curve all round! 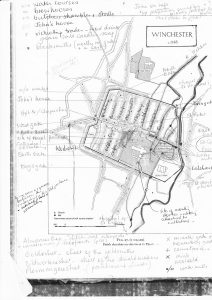 Fortunately I was able to go to England several times to walk in Janna’s footsteps, to see what she would have seen (sort of!) and to find all sorts of resources in terms of books, pamphlets and buildings, ruined or otherwise. I always kept tree, wildflower and bird guides in my pocket so I could identify what I was seeing. Best of all, I was able to talk to local experts – like the farmer near Wilton where I stayed who could tell me about medieval farming practice and who introduced me to his friend who still operates a water mill and sells the flour. There was an American scholar at Winchester who told me all about the siege that occurred there in 1141, and let me photocopy old documents. The curator at Wilton House told me a lot about Wilton Abbey, once one of the top four abbeys in England but demolished after Henry VIII gave the abbey to the Earl of Pembroke who then built his stately pile on top of it.

I found that people are always enormously helpful and generous with their time when once you tell them you’re writing a book!

The Janna Chronicles begin with Janna trying to solve the mysterious death of her mother. Alone and now outlawed, she sets off to find her unknown father hoping that with his help she will able to avenge her mother’s death and bring the murderer to justice. At the same time she needs to either evade or outwit the assassin sent by the murderer to silence her. Along the way she encounters numerous other crimes and mysteries to challenge both her mind and her heart, so my next task was to immerse myself in the medieval mindset as best I could.

I asked myself what sorts of crimes would Janna be likely to encounter? Base human nature doesn’t change, and nor do motives for murder and other crimes: love, lust, hate, jealousy, greed, fear and ambition for starters. To this I added a mix of the importance of the church in medieval time; the dangers and treachery of a country at civil war; the importance of land ownership and healthy crops and stock for survival – and prestige; the lack of medical knowledge other than herbal lore and (very) basic surgery; the gulf between nobles and peasants, and so on. And I then had to work out for myself how Janna might solve the crimes and mysteries she encounters without the aid of modern technology. 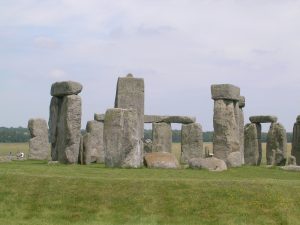 Janna’s knowledge of herbs and healing, taught to her by her mother, helps her cross the social divide but also, on occasion, helps her solve a crime.  Her powers of observation, her curiosity and her persistence in asking questions also helps, as does her growing knowledge of human nature. Her intelligence, plus the art of self-defence taught to her by a forest outlaw whom she befriends, help keep her safe. Even so, she often lands in trouble, not least in matters of the heart!

Writing these books was a labour of love and those ten years have given me the greatest pleasure and satisfaction. If you’d like to know more about the Janna Chronicles please visit my website. The books are: Blood Oath, Stolen Child, Unholy Murder, Pilgrim of Death, Devil’s Brew and Day of Judgment. 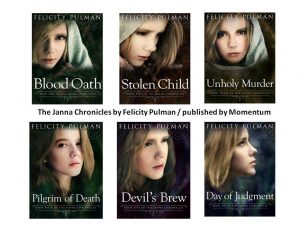