What are the challenges – and joys – of moving from journalism to true crime? Journalists Belinda Hawkins, Suzanna Lobez and Meg Norris cut to the thrust with crime author and former journalist Lindy Cameron at an event hosted by crime buff’s organisation, Sisters in Crime Australia: 8pm Friday 24 October at South Melbourne’s Rising Sun Hotel. 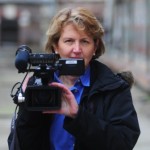 Multi-award winning Belinda Hawkins, who has reported on national and international events for ABC TV and SBS TV for almost 30 years, published her first true crime book, Every Parent’s Nightmare (Allen & Unwin) last year. She takes up the case of young Australian traveller Jock Palfreeman who has been imprisoned in Bulgaria since 2009. He claimed he was defending a Gypsy being attacked by soccer hooligans but the prosecutor claimed it was an act of cold-blooded murder.

“When I took a call in mid-2008 from a young woman claiming a man I knew to a former Army Intelligence officer had suggested she call me about a friend charged with murder in Bulgaria, I was intrigued. When the accused’s dad refused to take my call, I was hooked. Anyone who won’t talk to you is irresistible. Six years, two documentaries as an ABC reporter and a book later, I am still following the case of Jock Palfreeman”, Hawkins said.

“When Allen & Unwin asked me to write about the case, I jumped at the chance and made some eight trips to Bulgaria, hunting down documents, witnesses, judges, CCTV footage. I uncovered a web of corruption that was playing out among the supporting characters.

“A long career in journalism meant researching my book came naturally to me. But the act of writing and rewriting, burrowing into the mind of each character, while all the while swinging from one side to the other in my own take on the crime, was both exhilarating and exhausting.” 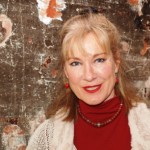 In Bent: Australia’s Crooked Cops, just out with Melbourne University Press, Lobez and Morton present a gripping accountof police corruption in Australia. As they have illustrated, in several Gangland books Australia has almost certainly out-ganged other countries. Now their spotlight is turned on corruption within the police services and identifying which state wins the bent cop handicap.

Lobez turned to true crime after a depressing time when she had to leave an award-winning career at the ABC because it didn’t offer adoption leave.” 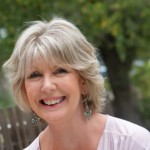 In Love You to Death: A Story of Sex, Betrayal and Murder Gone Wrong (The Five Mile Press), investigative journalist and authorMeg Norris, author of the bestselling On Father’s Day, unearths the sobering tale of a man whose only mistake was giving his heart to the wrong woman.

Norris’s 30-odd year background in crime reporting and police rounds sparked a passion for crime which has seen her covering some of the biggest crime stories in Australia for both national and overseas media. Her stories have appeared in National Inquirer,The Mail on Sunday and US Weekly and have been syndicated in various publications around the world.

“The transition from journalism to crime writing wasn’t a particularly big leap for me – but rather a progression of the work I had already done for many years as a crime reporter for print and TV media. As a daily court reporter in both England and Australia, I was an observer writing daily updates on some of the country’s biggest crimes,” Norris said.

“Covering high profile trials, I spent just as much time observing the harrowing journey’s of the victims of crime, and their families who are the secondary victims who live with the horror of terrible criminal acts. As a result, I progressed naturally to writing their heartbreaking and often inspirational stories from court which is a theatre that showcases the absolute worst and the best of human nature for the national media.”

Lindy Cameron is a founding member and National Co-Convenor of Sisters in Crime Australia, and the publisher of Clan Destine Press. A former journalist, she writes both true crime and fiction.

Followed by brief Annual General Meeting. Open to all financial members world-wide. Nomination forms for positions of national co-convenors will be accepted on the night of 24 October 2014. National co-convenors are located in Melbourne and environs.