Sisters in Crime Australia and the Port Phillip Library Services have joined forces to present Double Trouble, a free ‘event launch’ with crime writers Sandy Curtis andSandi Wallace about their books Grievous Harm and Tell Me Why, both published byClan Destine Press.

Sisters in Crime Australia National Co-convenor, Maggie Baron, will talk to Curtis and Wallace about their books, their lives and their literary aspirations at 6 for 6.30pm, Wednesday 1 October – St Kilda Library, 150 Carlisle Street, St Kilda. 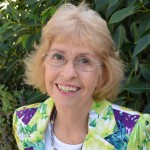 Grievous Harm (out October) is Curtis’s seventh novel. Curtis, who is visiting from Bundaberg (Queensland), was inspired to write the story after receiving an email with a photo of child pornography.

“I asked Taskforce Argos in the Queensland Police and then an IT friend of mine to trace it but with limited success. That photo haunted me for years. In Grievous Harm, I’ve tried to show what the police in such taskforces have to endure to rescue abused children,” Curtis said.

“Doing research for Grievous Harm was heartbreaking at times, but it did have a funny side. I needed to seehow much water a condom could hold, so my husband and I filled one with water and tied a knot in it. I was pleased with the result, but my husband thought he’d test out the sturdiness of the latex and dropped it onto the kitchen bench. The knot obviously wasn’t tight enough and the contents erupted like a volcano all over the bench, the floor, and him!”

Curtis said that she has always relished the challenge of creating complex plots and characters, which is why shewrote Dance with the Devil, the first of her seven romantic thrillers. Her books have been nominated for the Ned Kelly Crime Awards and two have been finalists in the mainstream section of the Romantic Book of the Year Award.

In her spare time Curtis is organising WriteFest, the Bundaberg writers festival, and looking for a home for her women’s fiction novel, Murder, Mayhem and Menopause. 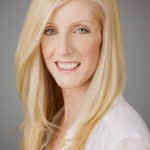 Tell Me Why is Sandi Wallace’s debut crime novel, and the first in her rural crime series. The action starts when Melbourne writer Georgie Harvey heads to the mineral springs region of central Victoria to look for a missing farmer. Picturesque Daylesford has a darker side…

“I knew I wanted to write a crime series and Daylesford seemed the perfect setting – a pretty country town, popular with tourists, arty types and same-sex couples. I liked the way that romantic perception juxtaposed with a moody crime story. The inbuilt conflict of a town balancing permanent residents with regular influxes of tourists also appealed,” Wallace said.

“Tell Me Why combines thriller, suspense, police procedural, adventure, mystery and a touch of romance. I angled the book as mainly a Why-Dunnit because many crime readers – including me – are enthralled by why crimes happen, the repercussions and outcomes. I had fun exploring human relationships, how far we’d go, and what we’d risk, to find the truth.”

Wallace has wanted to write crime for as long as she can remember.

“Since I was a little girl, I dreamed of a row of books with my name on the spine – a crime fiction series written by me, with some standalone books, too. I hope this is the start of that dream coming true!” she said.

Wallace, a personal trainer, journalist and writer, won the Best Investigative Prize in the 2013 Scarlet Stiletto Awards; was longlisted in the 2013 Ned Kelly Awards Sandra Harvey Short Story Award; and was a finalist in the 2012 Cutthroat Journal Rick DeMarinis Short Story Contest.