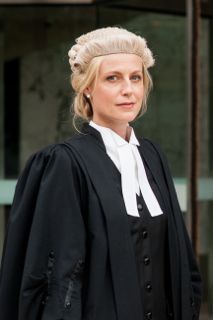 Sisters in Crime Australia is proud to announce that Marta Dusseldorp, star of Janet King and Crownies, will present its 21st Scarlet Stiletto Short Story Awards at a gala dinner from 6.30pm on Friday, 21 November at Melbourne’s Thornbury Theatre.

This year a record 207 stories competed for awards  offering a record $8,800 in prize money plus the coveted stiletto trophy for the overall winner.

At 8pm, prior to the award presentations, Dusseldorp will discuss her ‘life in crime’ (and much more) with crime author Leigh Redhead.

Dusseldorp’s criminal past includes the critically acclaimed Janet King and its predecessorCrownies (ABC), three telemovies opposite Guy Pearce in Jack Irish and the six-partBlackjack telemovies opposite Colin Friels. Other key television roles include two seasons as Sarah Adams in A Place To Call Home (Seven Network); Devil’s Dust, the award-winning mini-series After the Deluge; and Hell Has Harbour Views.

Dusseldorp has a wealth of experience on stage including three years with the Sydney Theatre Company’s Actor’s Company where she received a Helpmann Award. Her film credits include Paul Cox’s award-winning Innocence, Praise, Paradise Road and Burning Man. Info: http://en.wikipedia.org/wiki/Marta_Dusseldorp

Leigh Redhead is the author of the award winning Simone Kirsch private eye series. She has also contributed a chapter to the compilation If I Tell You…I’ll Have To Kill You: Australia’s Leading Crime Writers Reveal Their Secrets (Allen and Unwin). Info:http://www.leighredhead.com

Book individually or in tables of up to 10 or a seat only (without meal).